Scarecrow M&C Saatchi & Sunday Mid-Day remind the city, ‘Hey Mumbai, we have a Sunday for you’ 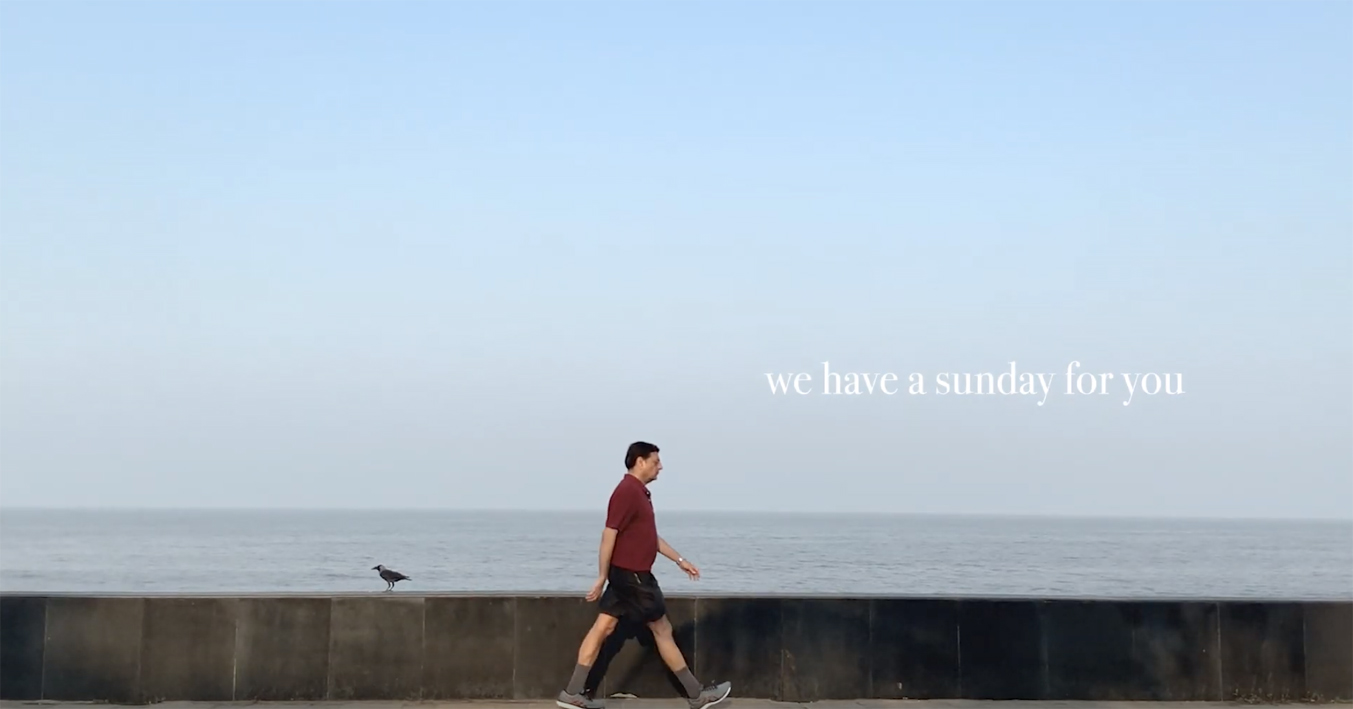 Mid-Day is an iconic tabloid of Mumbai with a legacy that expands over a period of 4 decades and recently Mid-Day revamped the content of its Sunday edition.

“Sunday mid-day is traditionally known for its curated ideas and quality of writing. The thrust is on leisure reading and hand-picked feature articles spanning everything from pop- and sub-culture, to food and drink, health, heritage revival, fashion and technology, sport, the arts and entertainment. News is of course, our mainstay, and we don’t compromise there. So, if this was the only paper you read on Sundays, you still wouldn’t miss a thing,” says Tinaz Nooshian, editor-in-chief, Mid-day Infomedia Ltd.

The campaign launched with the tagline ‘70% Features. 30% News. 100% Mumbai.’ and features a series of 10 long body copy full-page print ads. Each ad captures the anticipation of various archetypes, be it a foodie, a musician, a bookworm or a fashionista. 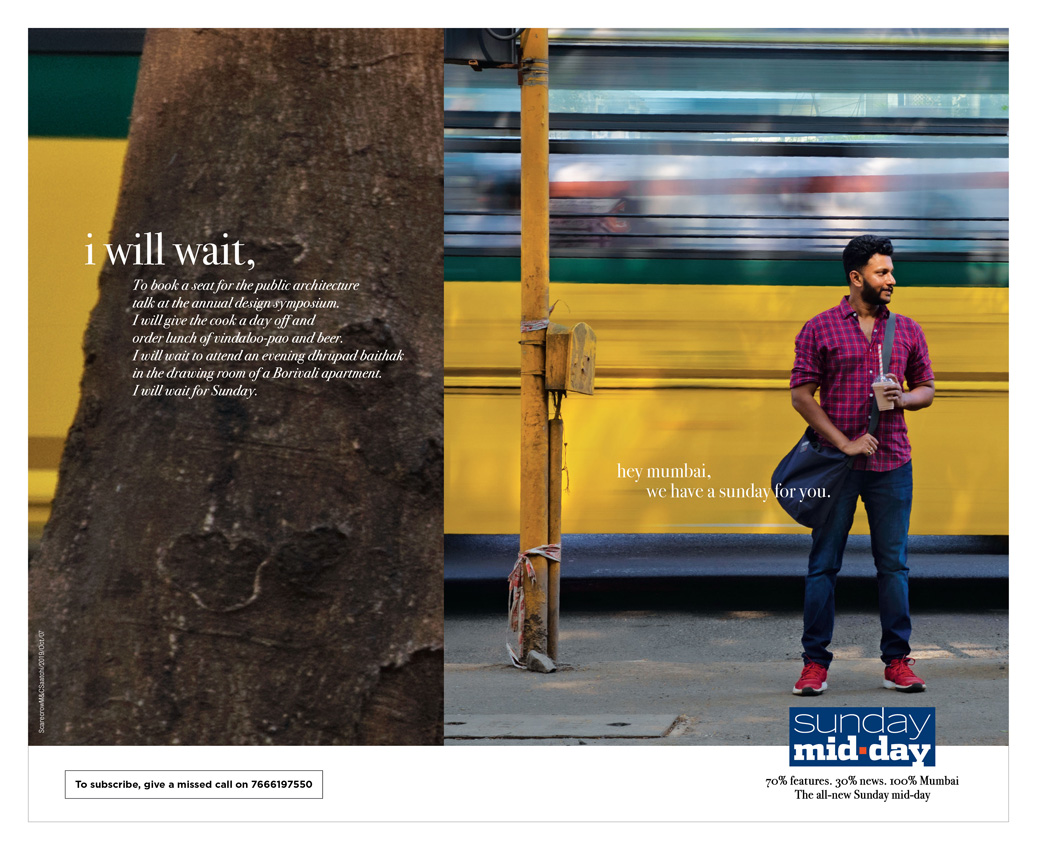 The agency also released a song composed in a laid-back country genre by Rupert Fernandes who is also known for his ‘You and I in this beautiful world’ tune for Vodafone/Hutch/Orange and sung by the Neuman Pinto. Stills and the music video has been shot by Niranjan Dandekar, who also captures stories for Humans of Bombay along with Kabir Kamat Omkar Kotwal, Siddhesh Kurpane and Omkar Gosavi.

Kapil Tammal, Executive Creative-Director & Creative Head, Scarecrow M&C Saatchi believes the song has the potential of becoming a Sunday anthem for Mumbai as apart from ‘Yeh hai Bombay meri jaan,’ Mumbai doesn’t have a song dedicated to it.

“We’ve tried to capture the essence of the city through various strategically appointed archetypes. These archetypes are very distinguished from one other yet together they signify the spirit of Mumbai. The idea is to showcase the values and culture of Mid-Day that coincides with every Mumbaikar’s routine and expectation and let them know that there is a Sunday here for everyone,” said Tammal.

The thought of this anticipation got further reinforced when various celebrities like Saif Ali Khan, Malaika Arora, Ayushmann Khurrana posted their version of Sunday under the hashtag #IWillWaitForSunday. The campaign also has been expanded into OOH and digital mediums.

Manish Bhatt, Founder Director, Scarecrow M&C Saatchi, says, “In an era where everyone says long copy is dead, how about selling the newspaper content adorned with beautiful English paragraphs. And icing on the cake is that we got to write the classic long body copy ads for it. It is indeed a great opportunity to revive the classic in the most adverse time. We would like to thank Sunday Mid-Day team for that.” 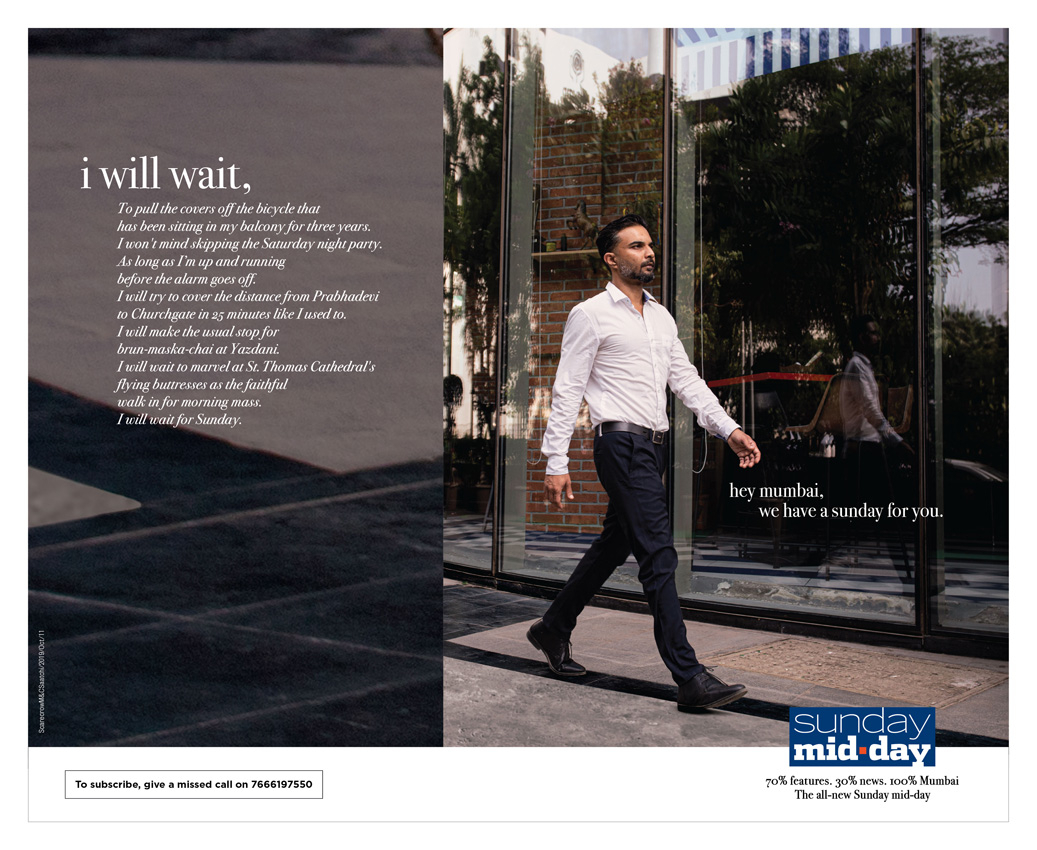 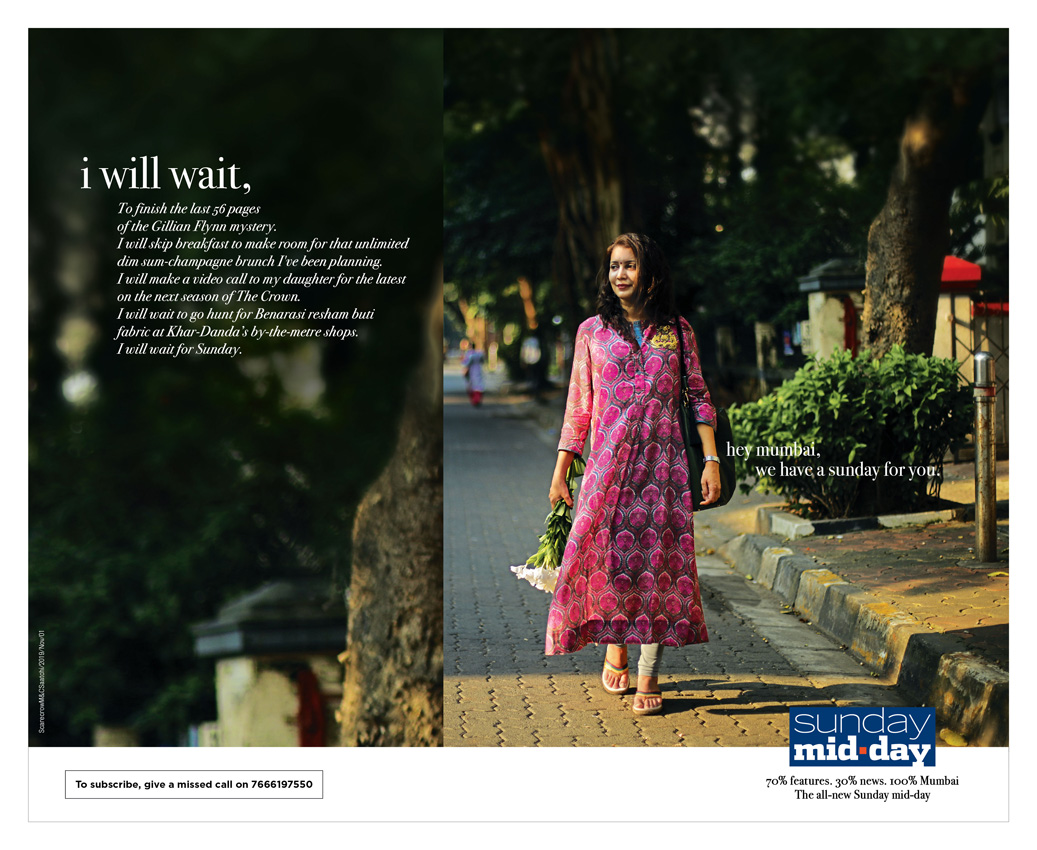 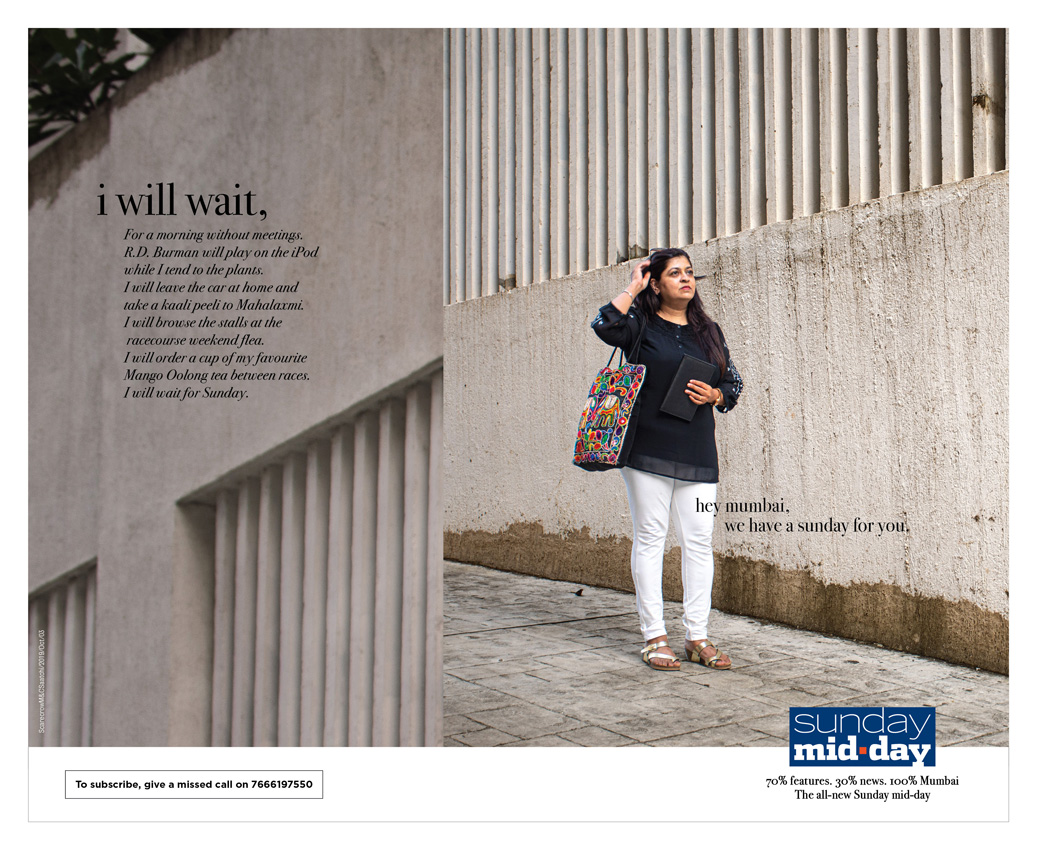 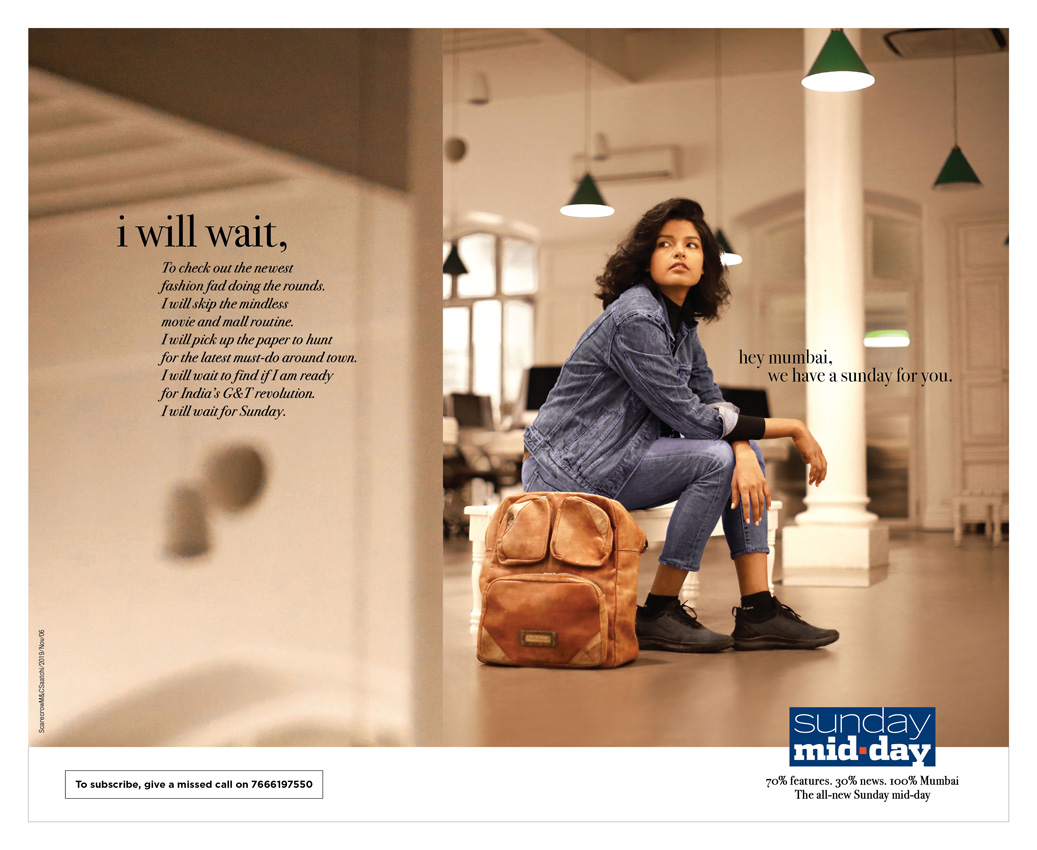 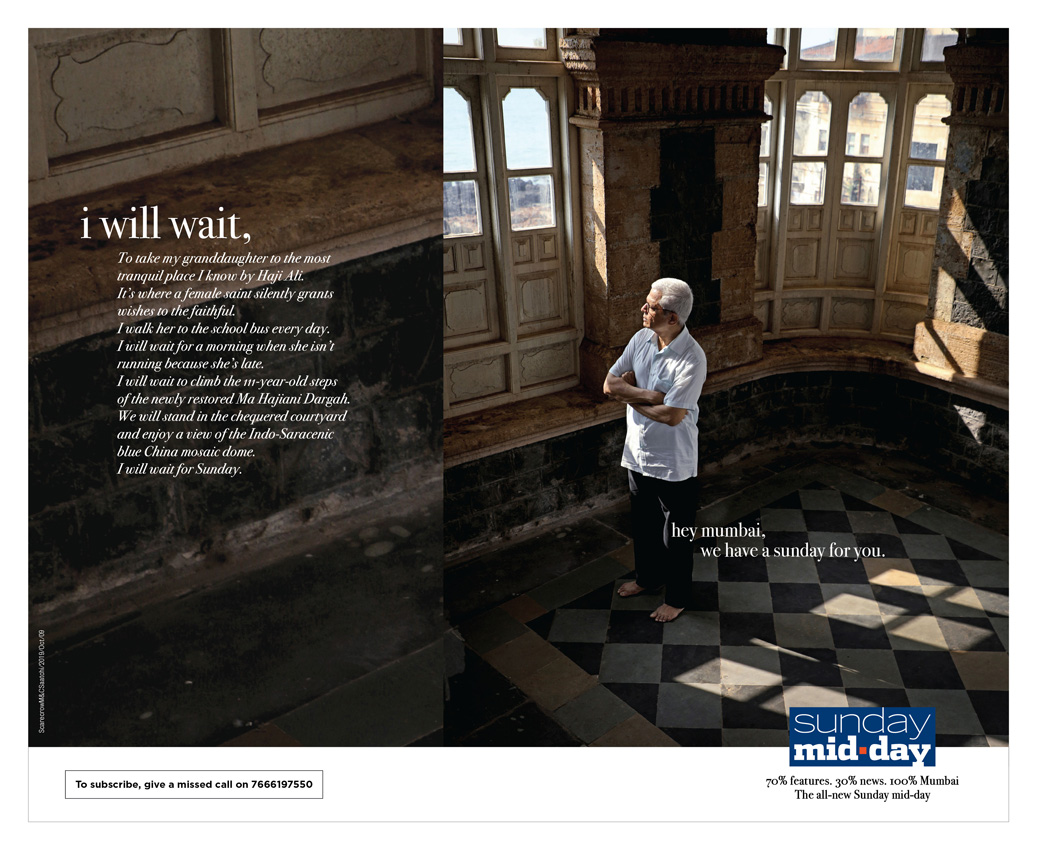 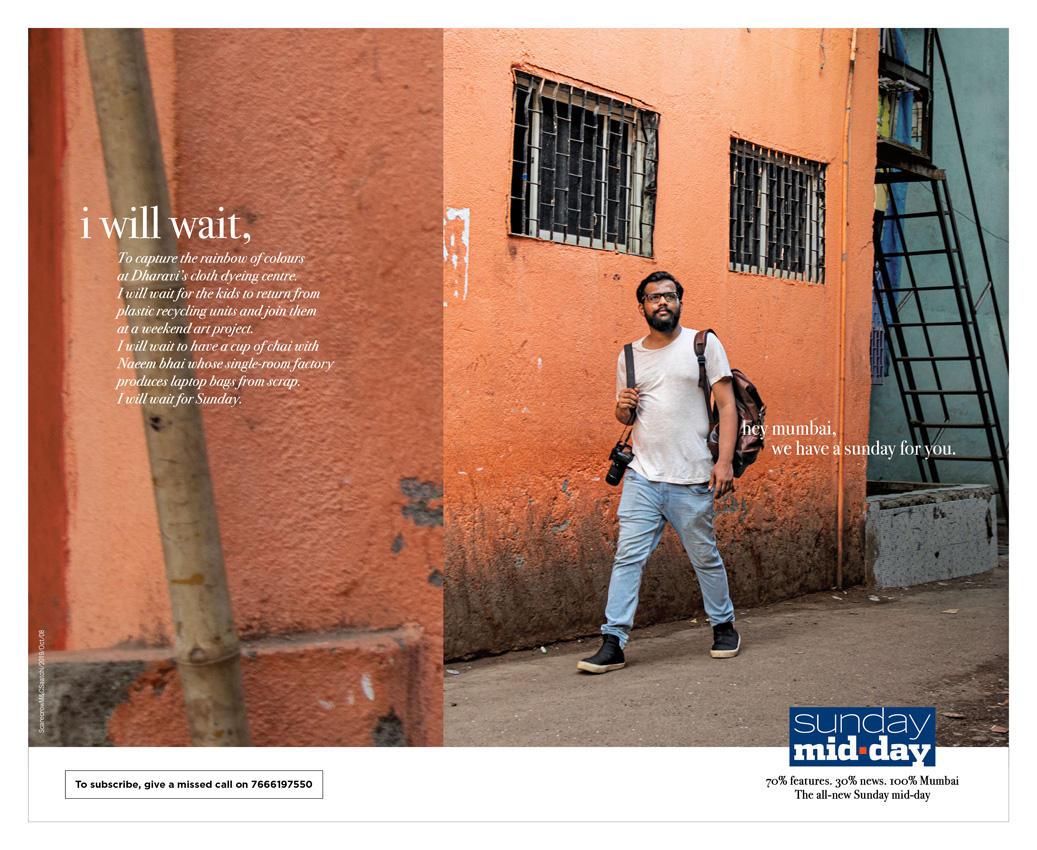 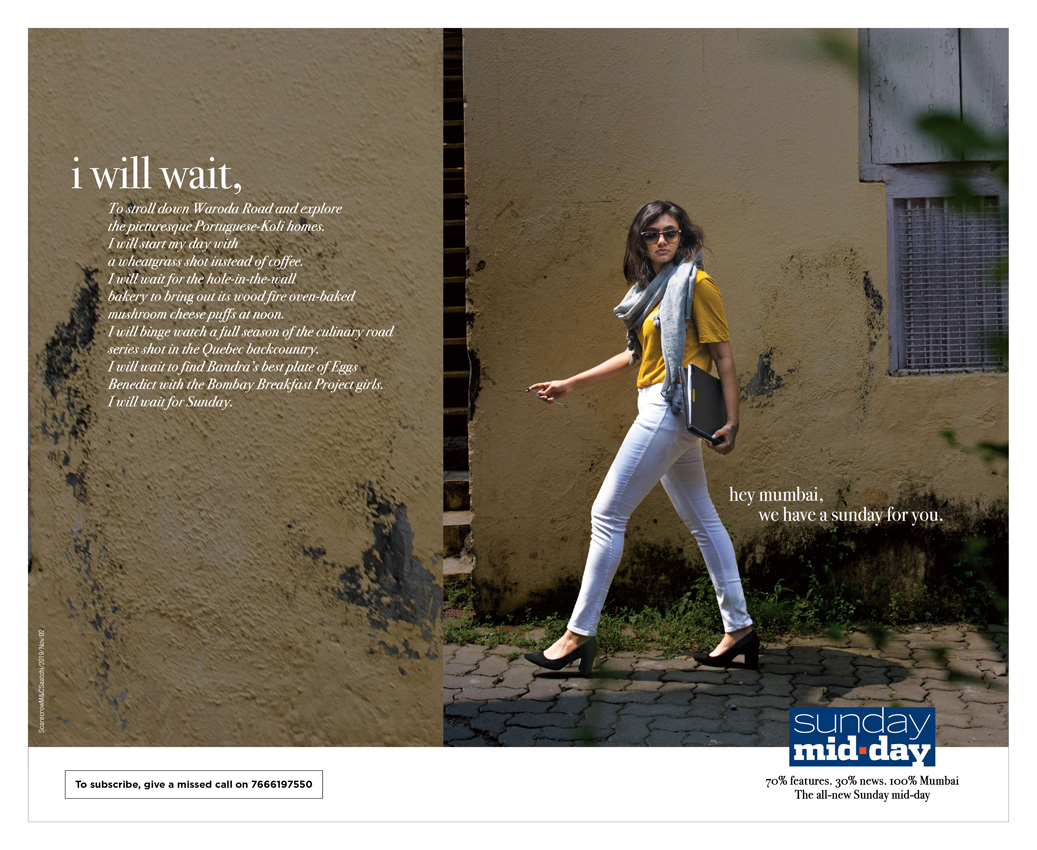 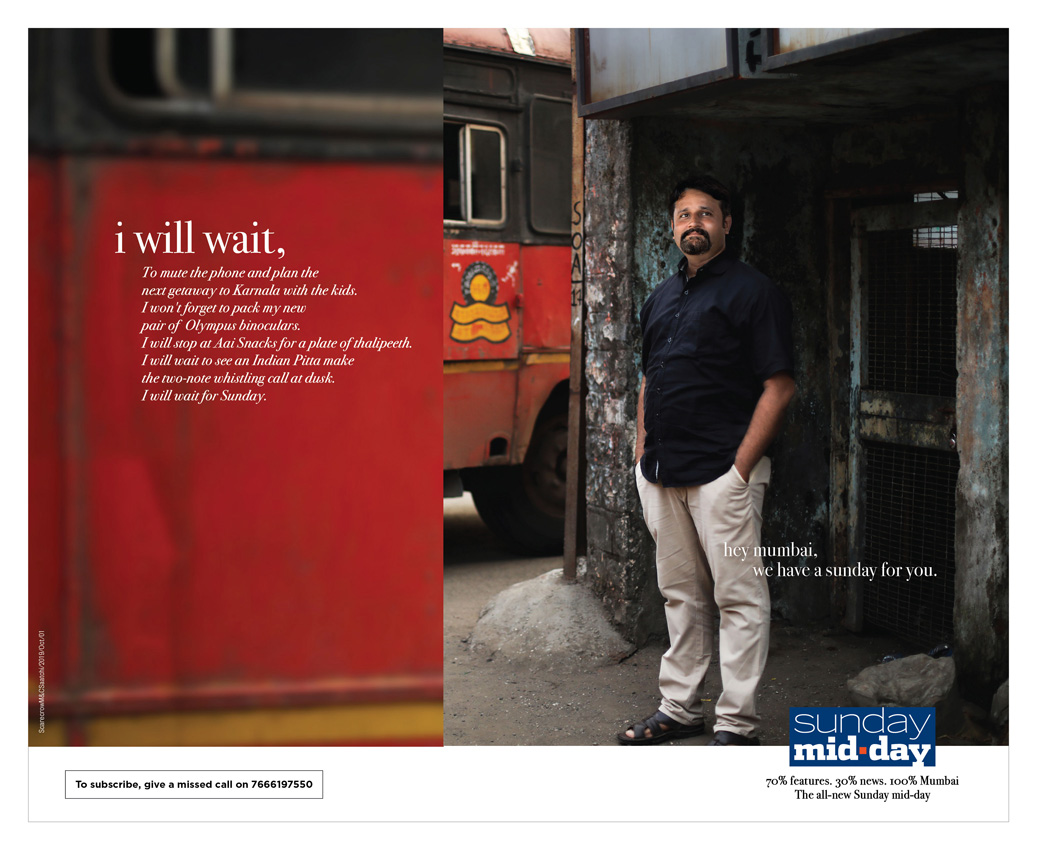 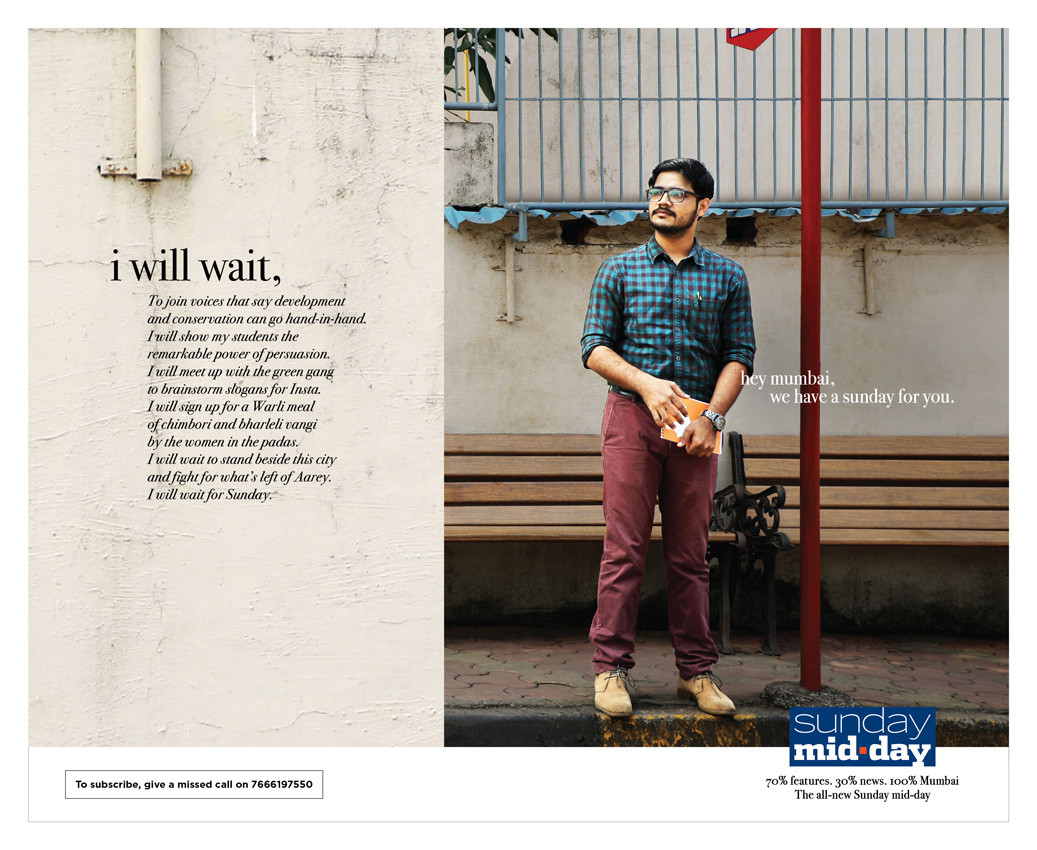