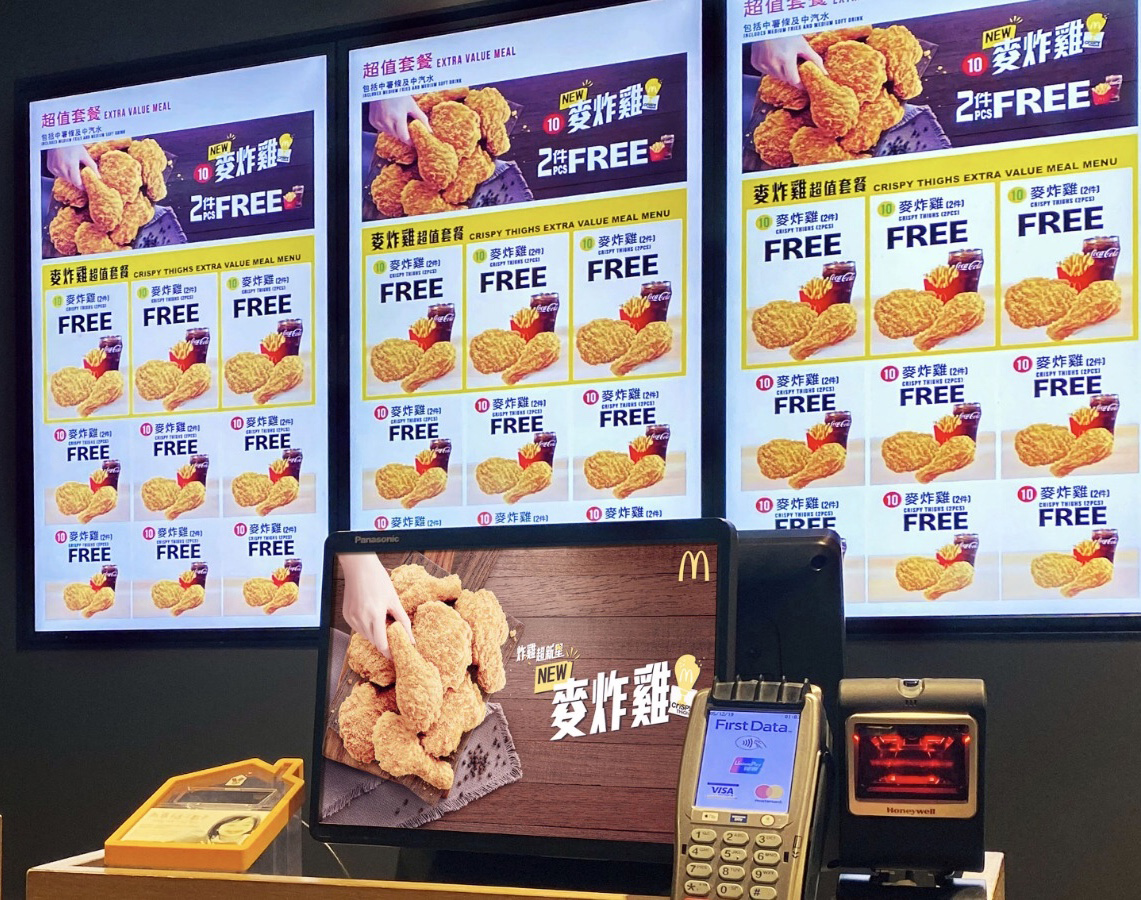 Not a burger was in sight when a McDonald’s Quarry Bay store became M Chicken over a busy lunchtime period.

Not a burger was in sight when a McDonald’s Quarry Bay store became “M Chicken” over the busy lunchtime period yesterday.

This one of a kind McDonald’s consisted of a new look throughout the entire store, with special uniforms, menus and digital touch-points.

Customers had the chance to try McDonald’s new menu item, the Crispy Thigh, completely free of charge as part of an Extra Value Meal, including two pieces of the new chicken product, french fries and a drink. 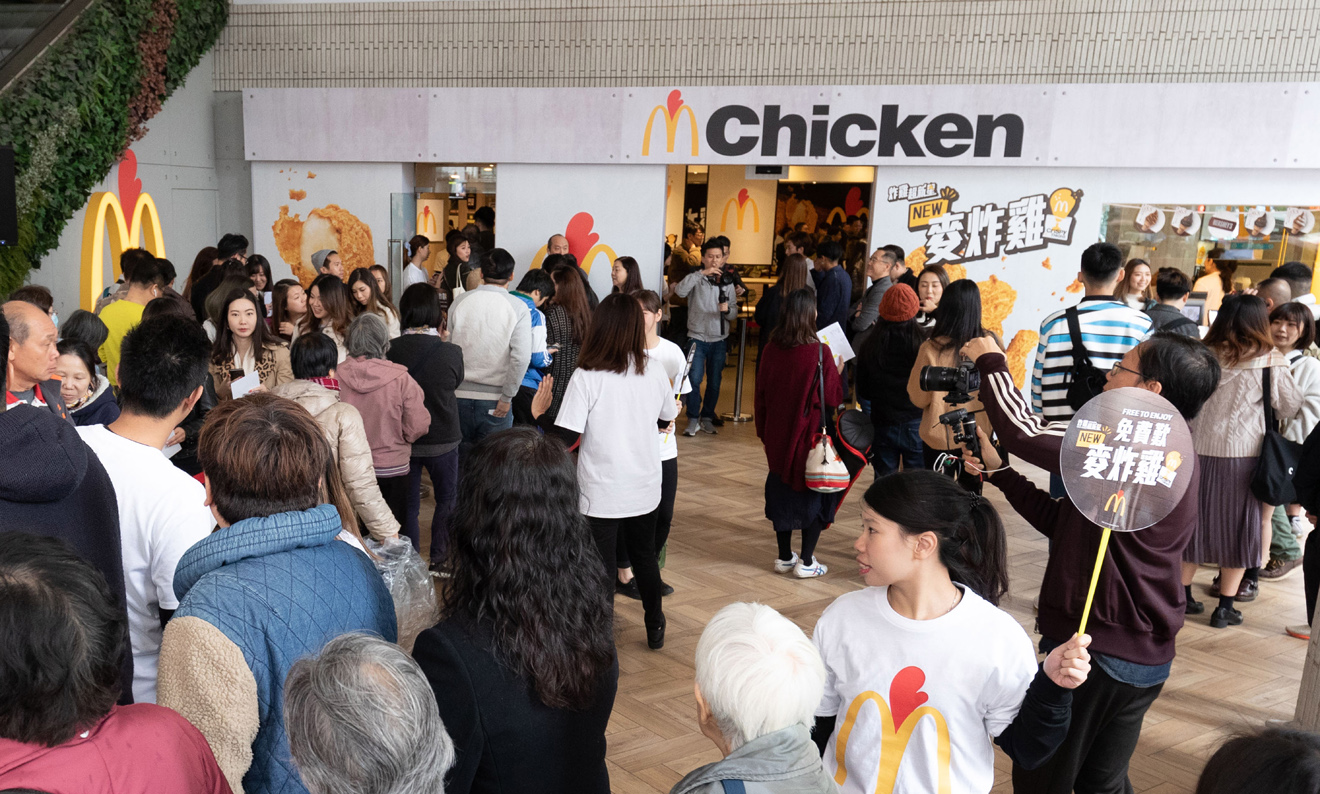 The overall launch campaign will involve extensive and integrated media including outdoor, digital, print and a TVC announcing this new addition to the McDonald’s Hong Kong menu. A dedicated online communications campaign ran during the restaurant takeover period.

Frankie Fung, Executive Creative Director of DDB Group Hong Kong explained the thinking behind the campaign, “We wanted to showcase how seriously McDonald’s is taking its new chicken offering, so creatively we felt this commitment was best shown by turning a restaurant famous for its burgers into a chicken-only restaurant”.