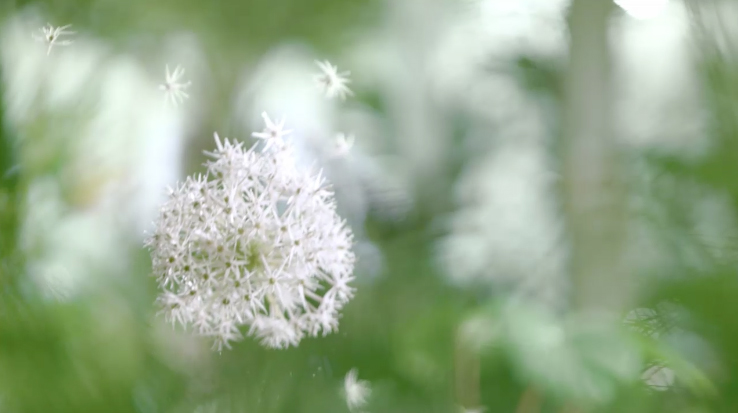 Sweetshop Shanghai produced an immersive and multi-sensory film experience for Herbal Essences. The film was a direct to client production.

This really is a multi-sensory and immersive film experience. What importance does sound play in this film?
[Christophe Chudy] It has a major importance. More than ever, this film is driven by a continuous dialogue between picture and sound. In many sequences, the sound is the main element to the point where sometimes it leads the pictures.

Sounds are almost orchestral? What was your thinking here?
[CC] I wanted to create a true soundscape based on a real sound environment. The more the story unfolds, the more we make out rhythm and harmonies coming from it. We used natural sounds as instruments to create a unique kind of symphonic natural soundscape.

VIEW THE FILM
VIEW THE MAKING OF 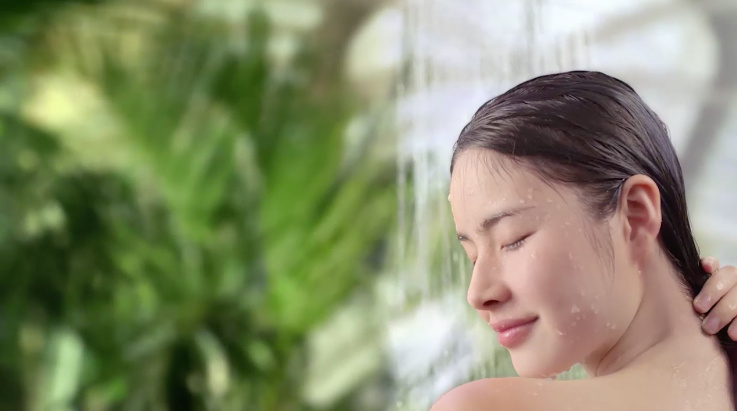 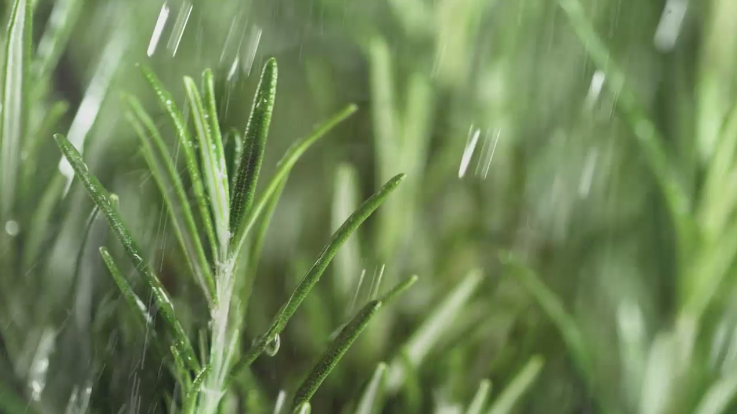 How did you marry sound and the visuals? What camera techniques did you use to achieve the abstract shots?
[CC] For both images and sound, we used a large range of tools. High speed cameras, special macro lenses for extreme close-ups, we also built very special rigs for the cameras and the plan. Sound-wise, we melted classical recordings, binaural recording techniques and even analog modular synthesis!

Tell us a bit about how you shot and recorded the sound of water, the soft noises as our actress washes her hair, the sound of wind blowing through the grass / rosemary, the opening of a grapefruit?
[CC] The 31db sound studio team in Paris did an amazing job, experimenting various approaches from live nature recordings (like wind or leaves), specific studio recordings for details and impact sounds (like water and massages) and also “from scratch” creations (for abstract sound-design). So, among other techniques, they also played with water and washed hair in the studio! Then they teamed up with music composer Pascal Bideau in London who used their sounds into his own binaural music process and manipulated them into drums, or even harmonics. Finally, everybody went back to Paris for the final binaural mix at 31db Studio. This created a very homogeneous feeling where sometime music is the sound design and sound design is the music.

This was obviously a very layered and complicated production. How did you approach it?
[Laura Geagea] We love these kinds of projects. You’re right, there were so many layers, lots of deliverables. It felt like we could use everything we had to the max and nothing went to waste. We worked towards delivering videos that would be used online, out of home and also some print work, some GIFs for online.

From the start, we knew we would do this in studio, which is a good, controlled environment for the hair, but also for the sheer volume of work and how we did it. This allowed us to have complete control over the situation and our environment this avoiding any light restrictions, bad weather issues etc.

Where did you choose to shoot? Are the gardens based on real life? How did you create this?
[LG] The initial brief was to shoot in Kew Botanical Gardens in London. That would have been so amazing to shoot and the team did go there to do a recce and take some pictures. We looked at the option of recreating this in Bangkok and working on a look alike section based on all the research we had done.

We got a fantastic art director to do mockups, which had to be approved by Kew Botanical Gardens. This was quite extensive as we wanted to make sure we got everything just right from the materials of the build to the plants. All that in order to make sure we had the right feel. Authenticity was and always is very important to us. 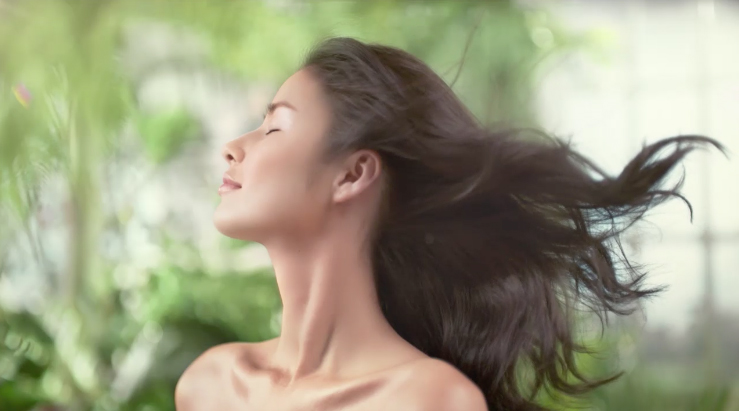 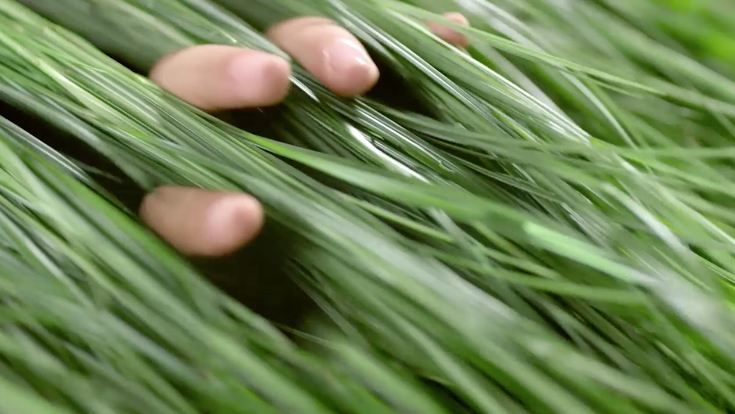 Sweetshop worked not only on the film, but also print, (providing a 360 degree production solution). Tell us more about this?
[LG] Yes. This was a more efficient approach to production, and it meant we could get the most out of what we have on set, the talent and lighting. We re-used different elements for the different deliverables.

We had three sets running for TVC, one for the talent action, one for SFX for the flowers and the ingredients and finally one for the apartment and shower scenes. Everything you see in the final film was shot in camera. Christophe was very particular about that and that’s what gives an extra layer to the film.

Print and TVC took turns in the sets to shoot the product and talent, which meant they had to work seamlessly around each other. Leading the print was photographer Stefan Schmid.

In terms of equipment we had a print camera, two Alexa cameras and a Phantom camera sharing the sets. It was logistically complicated but super efficient. And we had just the right 1st AD to run it all.

What were the challenges of this shoot and what was most satisfying?
[LG] The biggest challenge was definitely recreating something as beautiful as Kew Botanical Gardens with a budget that obviously wasn’t endless.

We also only had two days to achieve a lot. But the whole production process was so satisfying, with our teams working alongside each other and complementing each other.

It is a beautiful film and the sound and feel is quite incredible. The Botanical Gardens in London were happy with our recreation, and we had a very satisfied Director and Client in the end.

What was it like working directly with Sweetshop on this production? What did they bring to the process?
[Duanmu] I love how this direct collaborative approach creates a seamless & much more effective work flow for creativity to grow and evolve, each part of the production was a creative contributor to deliver a piece of high-quality work.

I always believe the best creative output is a perfect combination of meticulous vision to lead planning yet leaving space to capture accidental beauty in randomness. The production team was amazing in creative problem solving and that allowed us to have the flexibility for creativity within wider limitations. And my director represented the epiphany of French sensibility and craftsmanship, so it was a very good combination.

How important was ASMR for the film?
[Duanmu] It’s what the film is about! Not just for your eyes but for all your senses and ASMR is the medium to make that possible.