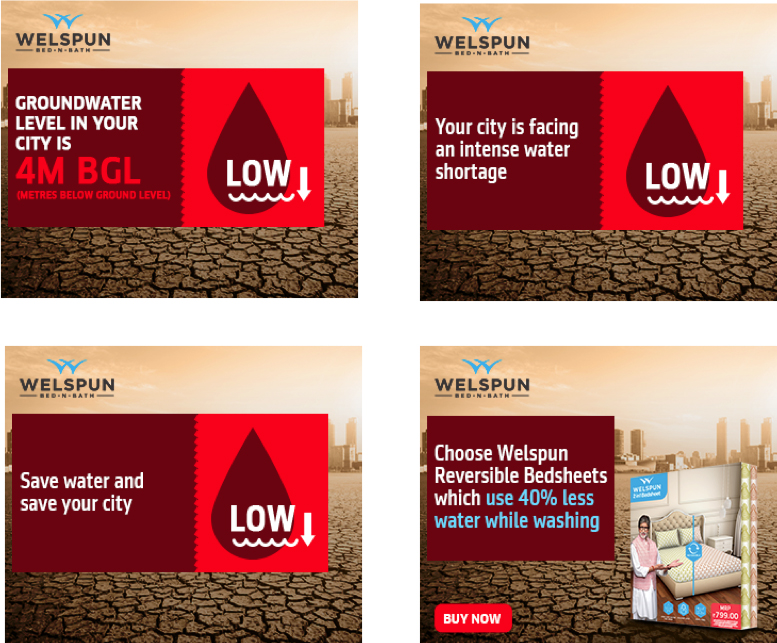 Welspun India has recently launched an innovative digital campaign to raise awareness around the decreasing groundwater levels across the country.

The campaign is rolled out using digital ad banners backed by unique API integration, which shows residents the groundwater levels in their city on a real-time basis alongside highlighting Welspun’s range of reversible bedsheets that save up to 40% of water during washing.

NITI Aayog’s recent report highlights that the groundwater levels in some of India’s biggest cities have fallen significantly. It states that the reasons for the rapidly depleting water supply across cities include increased urbanization, climate change and weak infrastructure. In the absence of proactive measures towards water conservation, 21 cities of India are estimated to be on the brink of running out of groundwater in 2020. Taking cognizance of this, Welspun has launched an impactful campaign to shed light on the water crisis faced by the country.

The innovative ad banners are served to users showing them the real-time groundwater level of their respective cities. They are curated using a specially designed API that allows the groundwater level data to be pulled from the official source and incorporated in the banner concurrently. The banners will also display Welspun’s 2-in-1 bed sheets as one of the immediate solutions to conserve water thereby urging consumers to do their bit.

The campaign is currently live in Maharashtra, West Bengal, Kolkata, Kerala, Jharkhand and many more regions where the groundwater levels are severe. 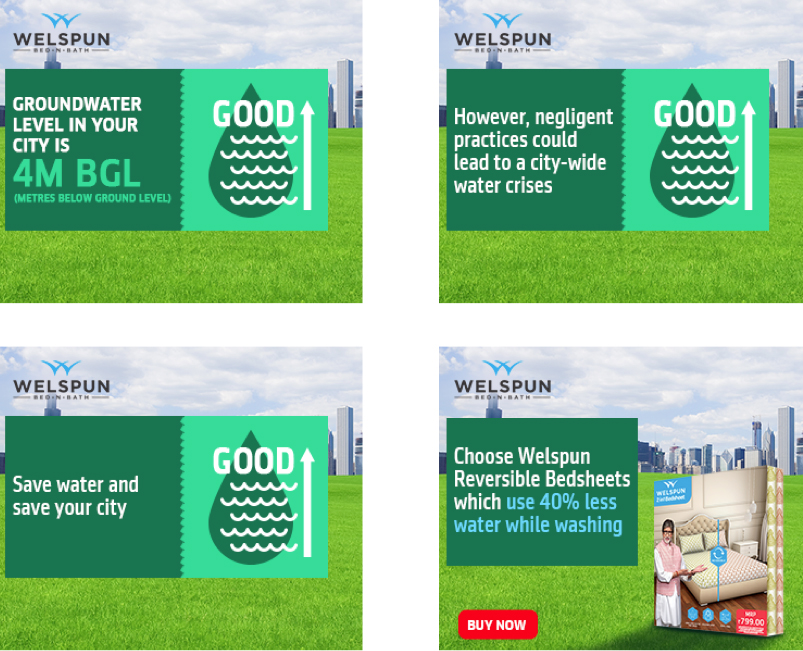 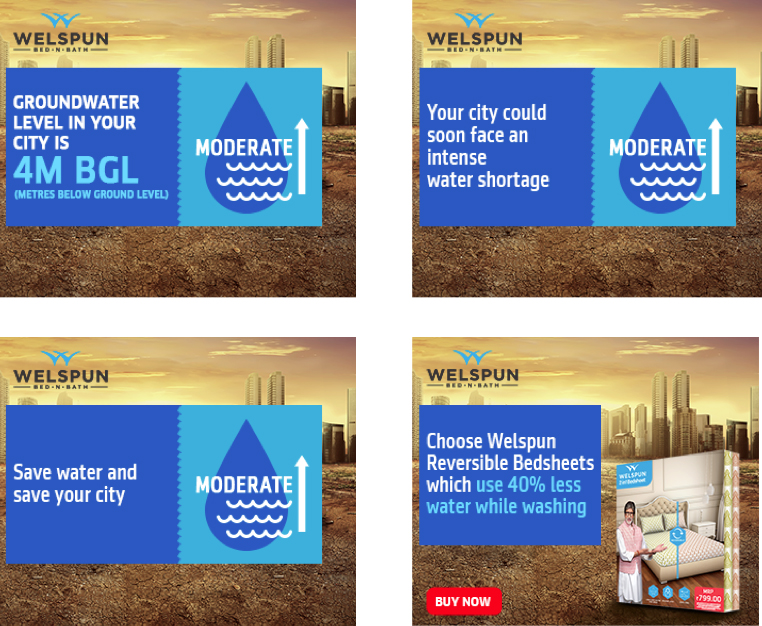 Manjari Upadhye, CEO, Domestic Retail Business, Welspun India Limited said, “Sustainability at Welspun India is not just a component of our business philosophy; it is an ethos embedded in every aspect of our value chain. Taking cognizance of the depleting groundwater levels across the country, we have launched a digital campaign that adopts an innovative approach to sensitize the citizens about the prevailing water crisis. The API integrated ad banners not only give a real-time update on the city’s groundwater levels but also urges people to take a small step towards water conservation by using Welspun’s 2-in-1 bed sheets that saves 40% water while being washed.”

Umesh Shashidharan, Media Director – FoxyMoron, said, “Using the API, we are making customers understand the criticality of the situation and enabling them to take action by providing a product which does make a difference. It works best for the brand as the education about the water crisis and integration of product is happening seamlessly. All this was also backed with customized and automated programmatic targeting.” “We hope Welspun’s efforts to bring awareness are enabling much necessary change towards water conversation,” he added.

Through this campaign, Welspun has reached over 2 million users so far and is witnessing a click-through rate of 2.4%, which is 4 times higher than the 0.50% industry average for mobile banners on programmatic. Users who are in the critical ground water level zone have engaged 28% more than those users in moderate and good ground water level zone.