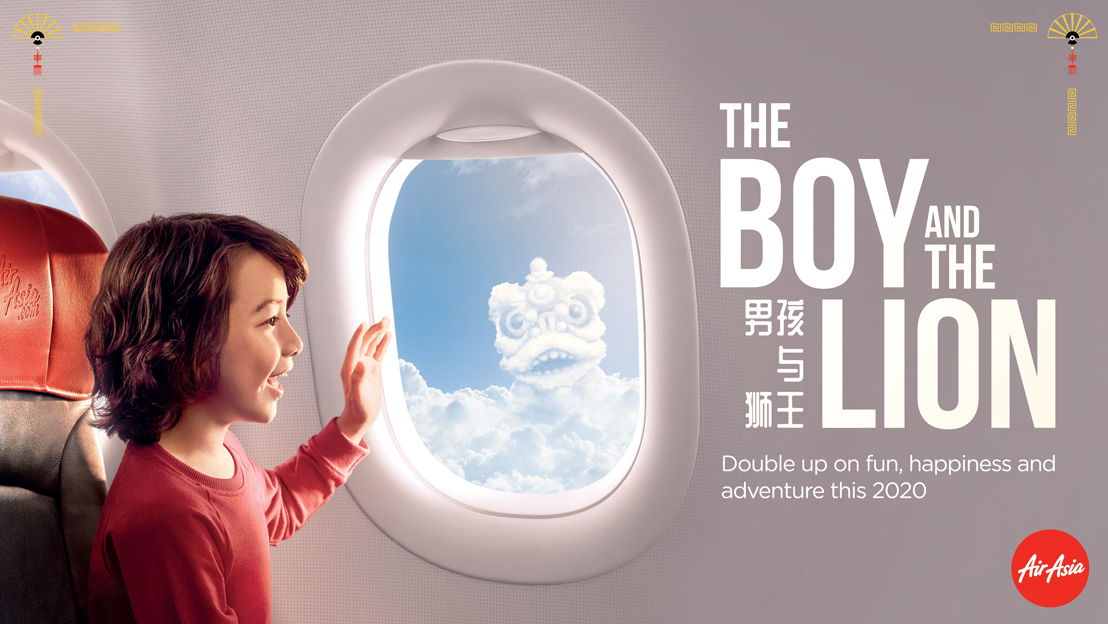 AirAsia has released its Chinese New Year ad to usher in the festivities, casting fresh eyes on an age-old tradition – the lion dance, an integral part of Chinese New Year celebrations, bringing in the good and keeping away the bad.

The 3-minute video conceptualised by AirAsia’s in-house brand team, depicts a young boy’s excitement as he travels to his grandmother’s house for the festive holiday period. The Boy and The Lion is seen through the child’s imagination as a young pilot, looking for the lion in the sky. He snaps back to reality inside an AirAsia aircraft, en route to his grandmother’s house. The story
continues as he immediately immerses himself in the intricacies of Chinese New Year tradition; from the importance of the reunion dinner to the symbolism of receiving a hongbao from his father – giving him the luck he would need to find the lion.

CEO of AirAsia Singapore Logan Velaitham said, “At AirAsia, we want to encourage our flyers to start the new decade with excitement and childlike wonder, letting it light the path to achieve double blessings of abundance, adventure and happiness for the new year.”

Group Head of Branding, AirAsia Group Rudy Khaw said, “To a child, every journey is a grand adventure. At AirAsia, that’s exactly how we view travel. It isn’t just a journey, but an adventure waiting to be unravelled. It’s through travel that we find purpose, discover new experiences, reconnect with our loved ones and make new connections.”

Scripted by AirAsia’s in-house brand team, the ad invites viewers to go on their own adventures with an all-in AirAsia BIG Member promotional fare.