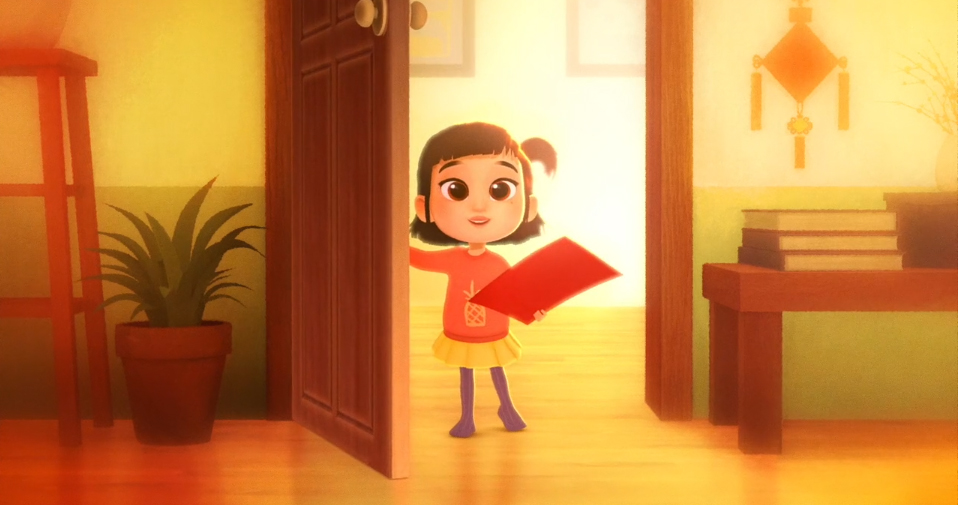 Final Frontier and Taiko Studios produced Airbnb China’s Chinese New Year film, a touching animation demonstrating how the brand’s properties can become homes away from home at a time of year where young Chinese are finding it increasingly difficult to return to their family hometowns.

Spring Festival is the most important date on the calendar in China, when families separated by work and life necessities reunite, traditionally in the town where the children grew up.

Titled “Fu”, the three-and-a-half minute 3D animation tells the story of Jia Jia, a young nurse whose pursuit of her career dreams in the big city prevent her from returning to her hometown for Chinese New year, much to the disappointment of herself and her parents. Fortunately, Airbnb’s platform is on-hand to enable a unique solution.

At the core of the film is the age old Chinese New Year tradition of hanging a ‘Fú’ (meaning ‘blessing’) banner upside down, symbolizing “good luck comes”, tying in to the overall campaign idea of turning traditional concepts on their head; in this case, ‘home’ coming to Jia Jia rather than the other way around.

Airbnb China head of marketing Mia Chen explains the insight behind the campaign said, “Homecoming for Spring Festival affects hundreds of millions of travellers each year. We hope the film can inspire people to take their reunions literally in a different direction. Through our platform, where a home can be anywhere you want, we hope to bring more families together during this special time of the year.”

Airbnb China creative lead Justin Leung added, “We wanted to create something that we’ve never done before. By using animation, we brought Airbnb’s unique light heartedness to address an emotional topic, and tell a story that Chinese millennials can relate to, and feel could have been them or anyone they know.”

Working with animation is a rarity for major holiday campaigns in China, and the first time Airbnb China has worked with the medium.

Besides managing the overall production, Final Frontier drafted Taiko Studios to direct and execute the film and supporting visuals. Led by founder and director Shaofu Zhang, with teams in Los Angeles and Wuhan (China) the studio creates commercial work and original content, earning an Oscar nomination for 2017 short, One Small Step.

Final Frontier executive producer Chris Colman explains, “We were excited to work with Airbnb on this project, and Shaofu immediately came to mind when we received the brief. He and his team had that unique combination of genuine Chinese cultural insight combined with world-class storytelling sensibility and cutting edge execution developed over the years with Disney. It was the perfect fit.” 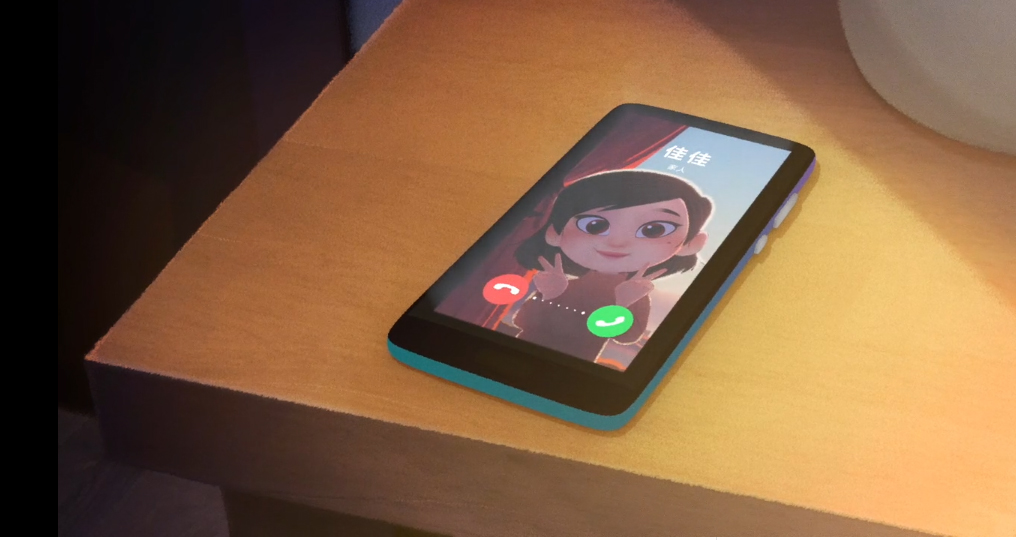 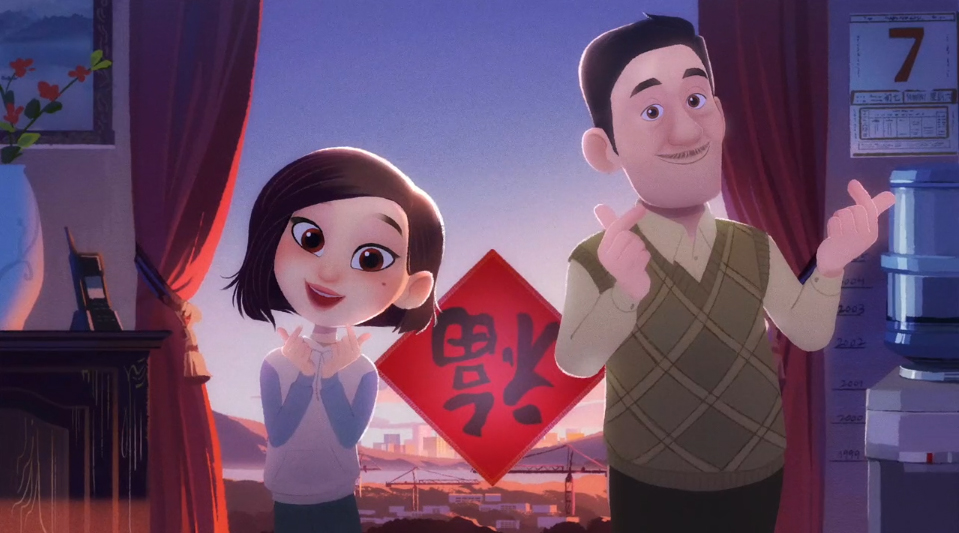 Zhang added, “The project was immediately personal to us. Much of our team in Wuhan is around the same age as the protagonist and we realized that many of us had the same experience of missing Chinese New Year at home. It was such a good fit for us because of how closely we identified with the core message of home and family.”

The film is created in 3D with a 2D painted brush aesthetic. Zhang explains, “Airbnb was very supportive of creating a non-photoreal art style that felt painterly and handmade…The biggest challenge was creating the dry brushed edge feel for a 3D environment and retain the graphic and 2D look. We partnered with MNPRX to help us develop a system that could achieve the style we were looking for. The difficulty was that we were already in production as we were figuring out how to apply this look, so it was like laying down the track while we were driving the train. Thanks to our amazing team, we were able to find the right feel and achieve a unique look that felt like a moving illustration.”

He added, “My favorite scene is the beginning sequence where we see little Jia Jia growing up. Beyond the gorgeous art direction and charming animation, we worked hard to put in little details, like period appropriate props through the years as well as a city being built by a forest of cranes over time. We have received many comments from viewers that the sequence gave them a big hit of nostalgia, and it reminde 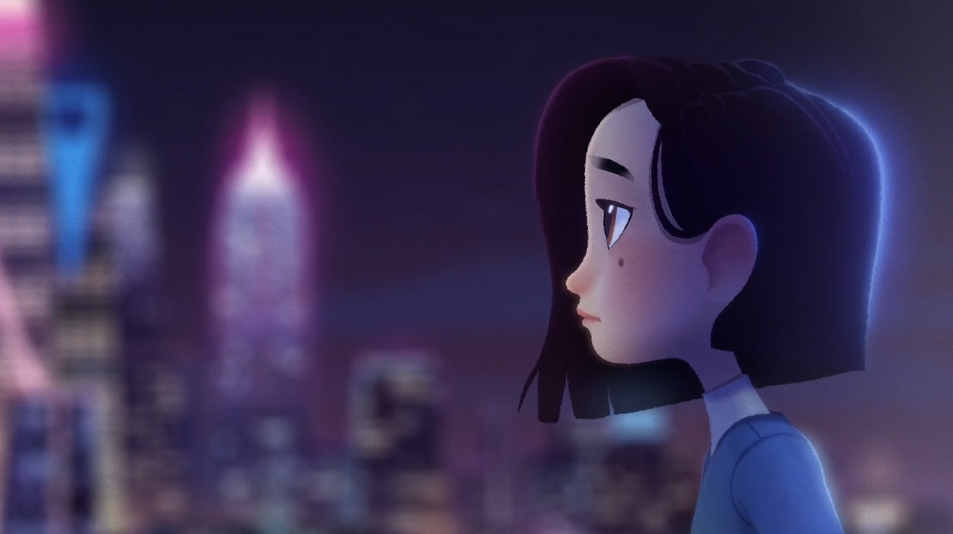 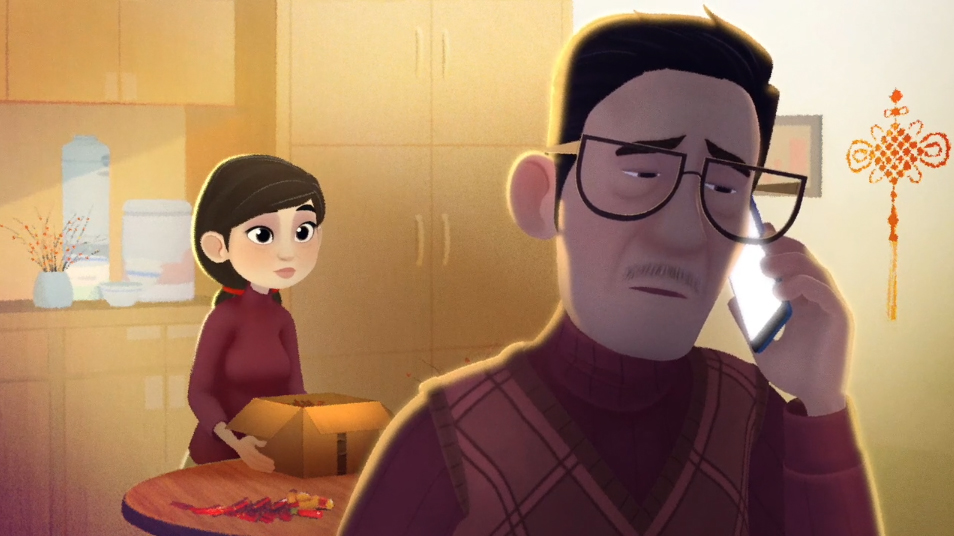 The film and numerous supporting assets continue to be rolled out through an integrated campaign leveraging various channels, platforms and collaborations across China.

Reflecting on the production, Leung said, “The collaboration between Airbnb in-house creative and the animation teams at Taiko Studios and Final Frontier to make our vision come to life is an amazing milestone.”

The film release coincides with the announcement that Taiko Studios will join Final Frontier’s roster in Asia and South America.

Zhang said, “We are very excited to partner with Final Frontier, who share our passion to push the boundaries of creativity and move audiences around the world. We look forward to making great work together.