McCann Health Japan’s Case Study: How to turn an ordinary commute into an opportunity for health and wellness? 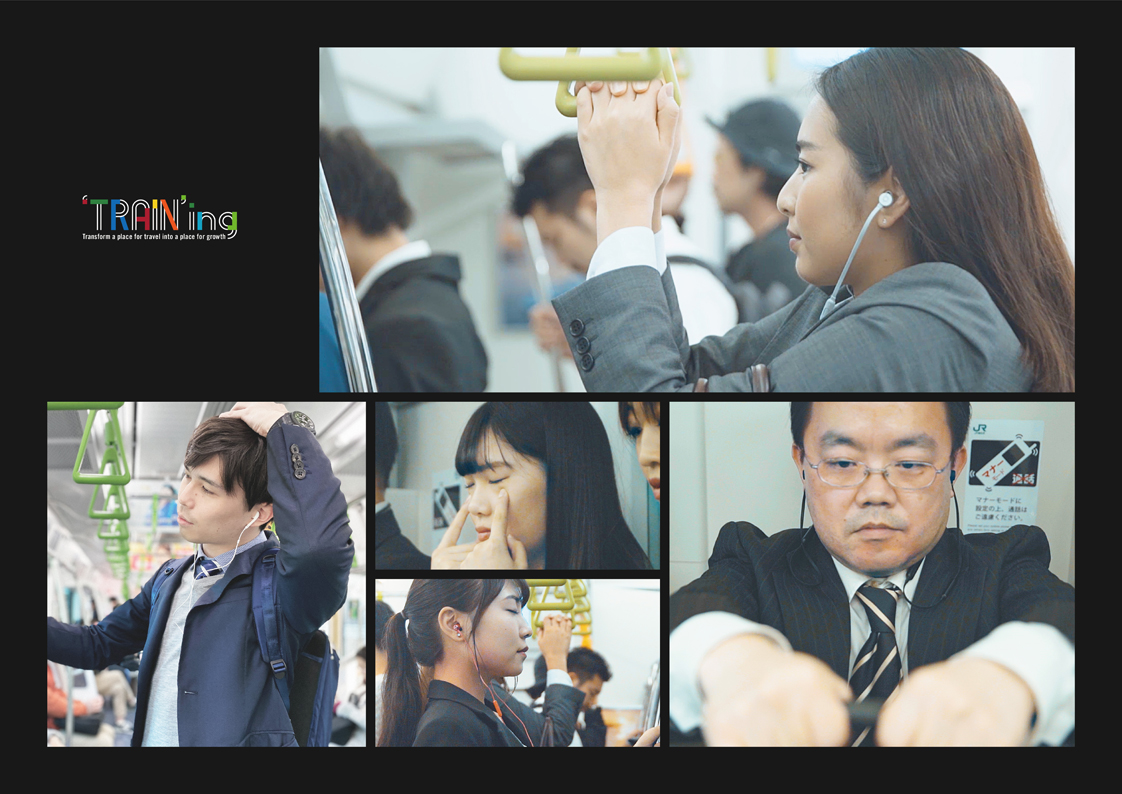 A new app developed by McCann Health Japan is turning riding the train not just into a place of travel but into a place for growth. 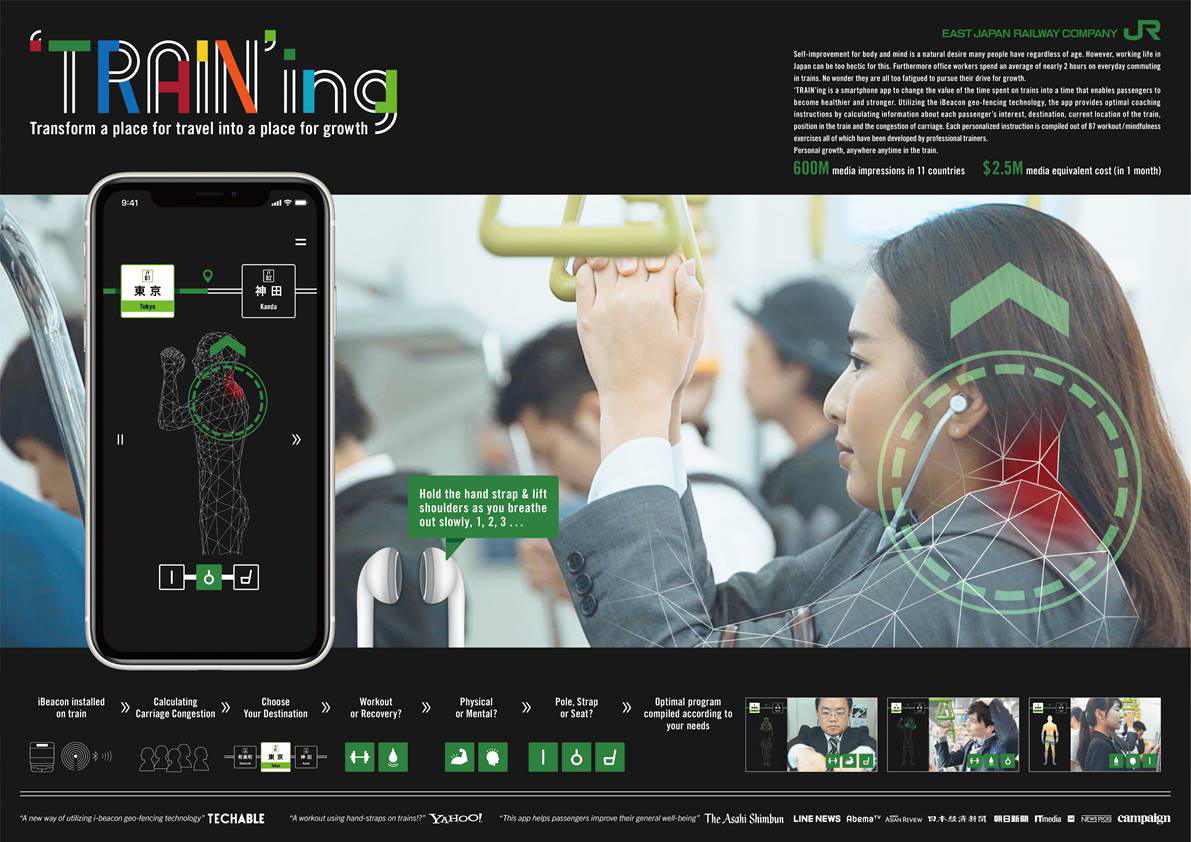 Using just what can be found on in the train car – a seat, a pole and a hand strap – the app coaches the user through physical or mental exercises as they travel on the train. The app coordinates with beacons installed in the train cars to provide the optimal training program for each user depending on travel time, boarding location and congestion status of the train. The user’s training history is visualized in the app using graphs and badges, motivating continued use and travel.

Developed under the supervision of fitness programmers and instructors, the app takes an ordinary part of everyday life for those living in Tokyo and transforms it into an opportunity for better health management.