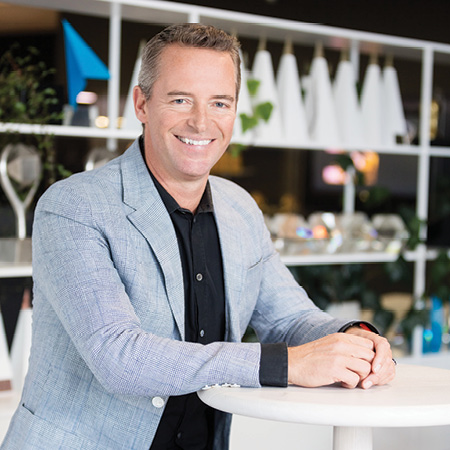 Lilley will be returning to McCann after two years away from the business and will reacquire the agency that he founded 20 years ago, SMART, which McCann acquired in 2011, as well as McCann’s Melbourne, Sydney, Brisbane and Gold Coast operations and its PR business, The Red Republic.

Lilley departed the agency at the end of March 2018 for a career break. In April 2018 the agency announced Nicole Taylor as the new CEO taking over from Lilley. Last year Taylor departed McCann Australia and relocated to Barcelona to fill the role of CEO at C14torce. At the time McCann Australia had no plans to replace Lilley.

McCann launched in Australia in 1959 and went on to create iconic campaigns including ‘Louie the Fly’, ‘The Milky Bar Kid’, ‘It’s Time’ for the Australian Labor Party and the giant ‘Coke Sign’ in Sydney’s Kings Cross. McCann Australia will remain part of the McCann Worldgroup network as an affiliate business partner under independent ownership. The agency will retain access to the network’s global tools and expertise, as well as remain involved on global client business.

Says Lilley: “Creativity has been the driving force throughout my career and I believe that is what empowers successful entrepreneurial businesses. Australia is one of the world’s leading creative hubs and I’m very excited to now be able to take over ownership of McCann’s full suite of integrated agency businesses in this key market. I had a great experience working with McCann and I am keen to have all the advantage of being a part of the McCann network with its global resources, working for McCann global clients, but also having the opportunity of being flexible and fast moving to meet local market demands as an Australian independent.”

Says Harris Diamond, chairman and CEO of McCann Worldgroup: “Ben’s deep knowledge of the Australian market combined with his experience in working closely with the McCann network positions this new partnership very well to succeed in Australia’s evolving market. We look forward to the creative energy and vision that he will be bringing back to the agency and its clients.”

During Lilley’s time as CEO of McCann Australia, the agency achieved record growth and was named Agency of the Year at D&AD, London International, Spikes Asia, Campaign Brief and AWARD. McCann Australia made history as the world’s most awarded agency in the Gunn Report, Won Report and Adage Awards Report, for campaigns including Dumb Ways to Die (DWTD). Named the most awarded campaign in history, DWTD featured in both the AdAge Top 15 Ad Campaigns and Gunn Report 20 Best Commercials of the 21st Century.

Says Alex Lubar, president, McCann Woldgroup, APAC: “The change of ownership will help the operation to better tap into local expertise, talent and creativity while still leveraging McCann Worldgroup’s integrated creative and strategic capabilities. We are pleased to be welcoming Ben back to the McCann family and know that he’s absolutely the right person to partner with us in taking forward the business for McCann and our clients in Australia.”