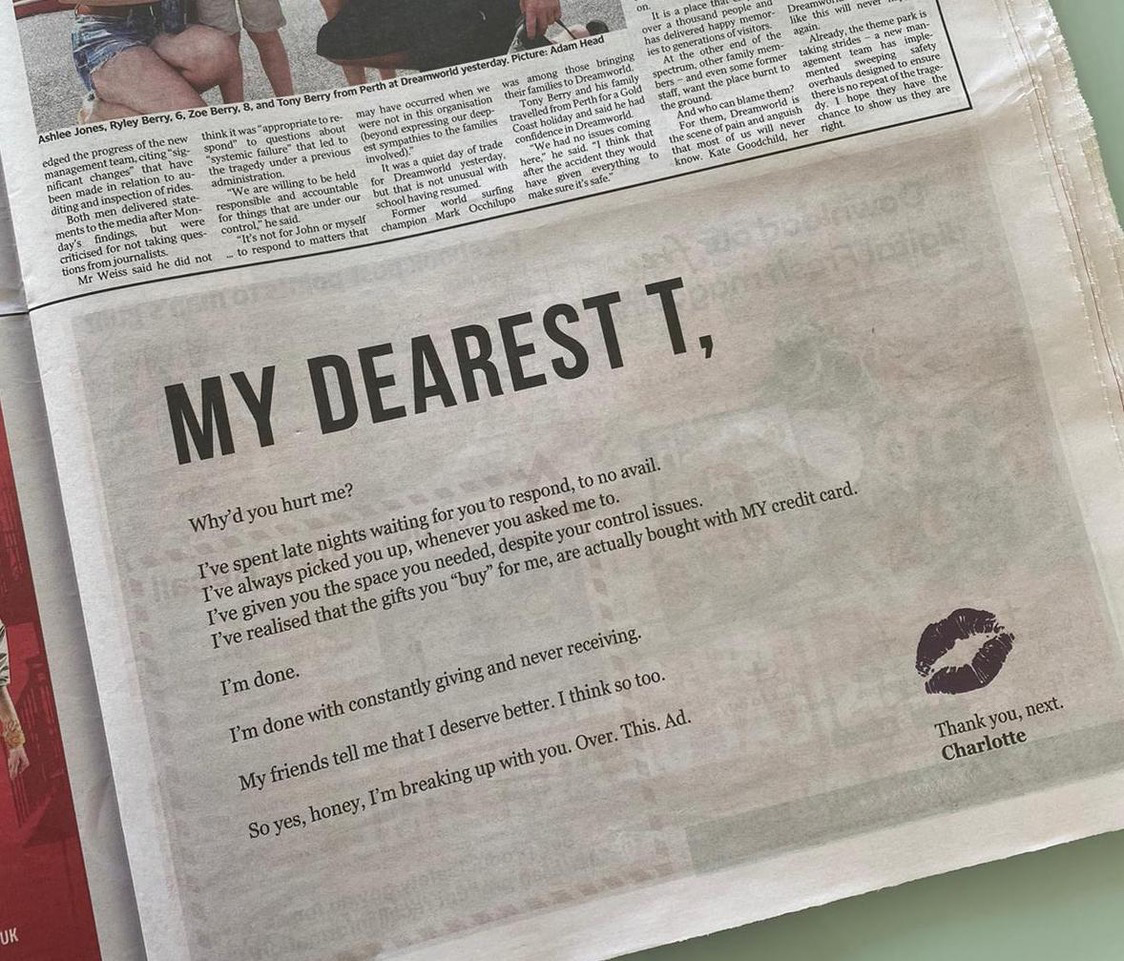 Singapore-grown telco Circles.Life knows how many Australians are in unhappy relationships with their telcos, so they turned these complaints into an advertisement disguised as a breakup letter by a allegedly heartbroken lady called Charlotte.

The telco which launched in Australia in September last year made this bold move to highlight how the Aussie telco experience is likened to a unhappy relationship and their promise of being a better telco experience for all.

There has been an overwhelming amount of customer complaints from delayed or no action inresolving phone or internet issues (34.1%); disputed charges or fees (25.5%); and delays connecting or changing service providers (12.8%)*. Yet, despite that, many still stick to their telco providers.

“We’ve had bad experiences with telcos for so long that many of us feel resigned to the fact that being with a telco means dealing with the terrible service and poor customer experience.” said Delbert Ty, Head of Marketing, Circles.Life. “We wanted to show Australians that it’s as toxic as a relationship and nudge them into taking the step towards being with a telco that will never let you down.”

From today, customers who want to port-in their number from Telstra and Vodafone may use the code “BUHBYE” to enjoy 100GB for $28 for 12 months, terms and conditions apply. 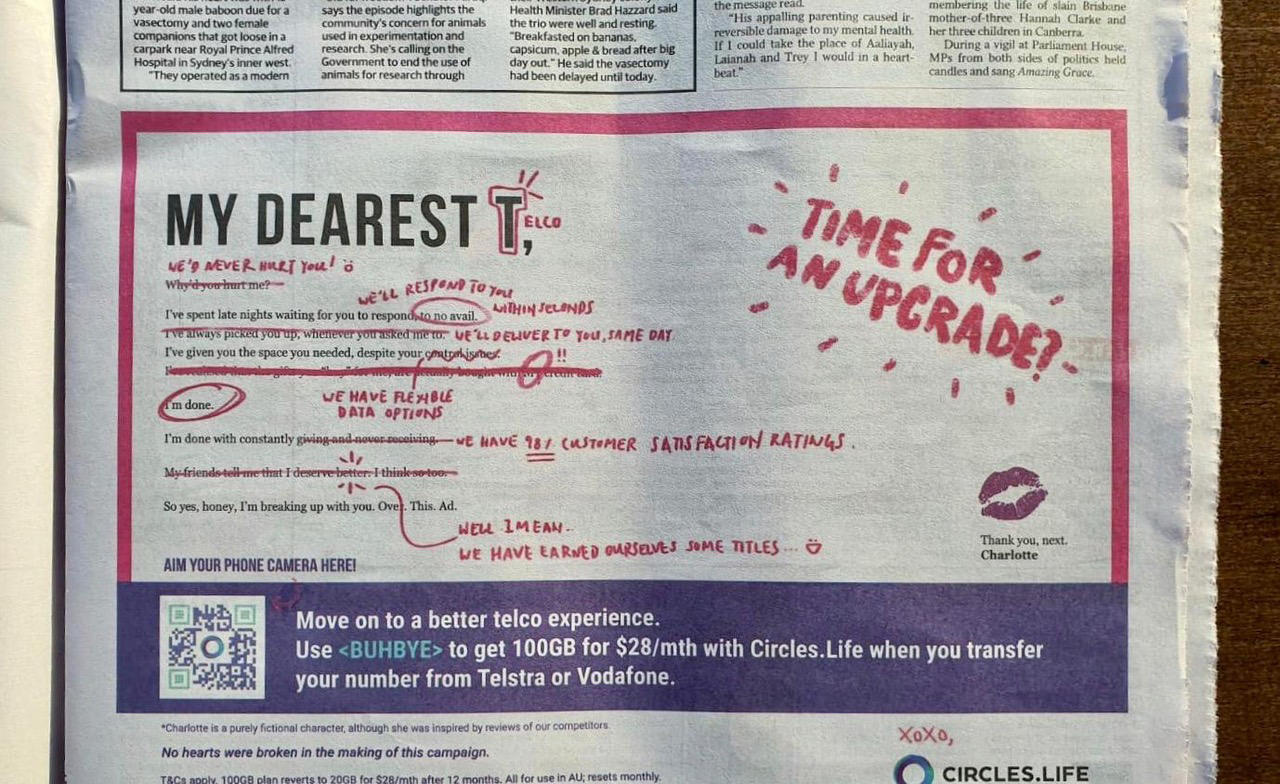 Circles.Life first launched an unbranded ad in The Courier Mail, which was disguised as a breakup letter written by Charlotte, to her then-partner, “T”. Readers and netizens were intrigued by the bold move on Charlotte’s part, and she was the topic of the day.

The next day, Circles.Life launched a “response” to Charlotte’s breakup letter in the same paper, with playful yet purposeful annotations to her original letter. From customer satisfaction scores to same-day delivery, these annotations simply promised a better telco experience with Circles.Life.

Circles.Life’s base plan comes with 20GB data + unlimited standard national talk & text for $28/month. Should customers exceed their base plan data usage of 20GB, the telco will provide a 3GB Bill Shock Protection at no extra cost.