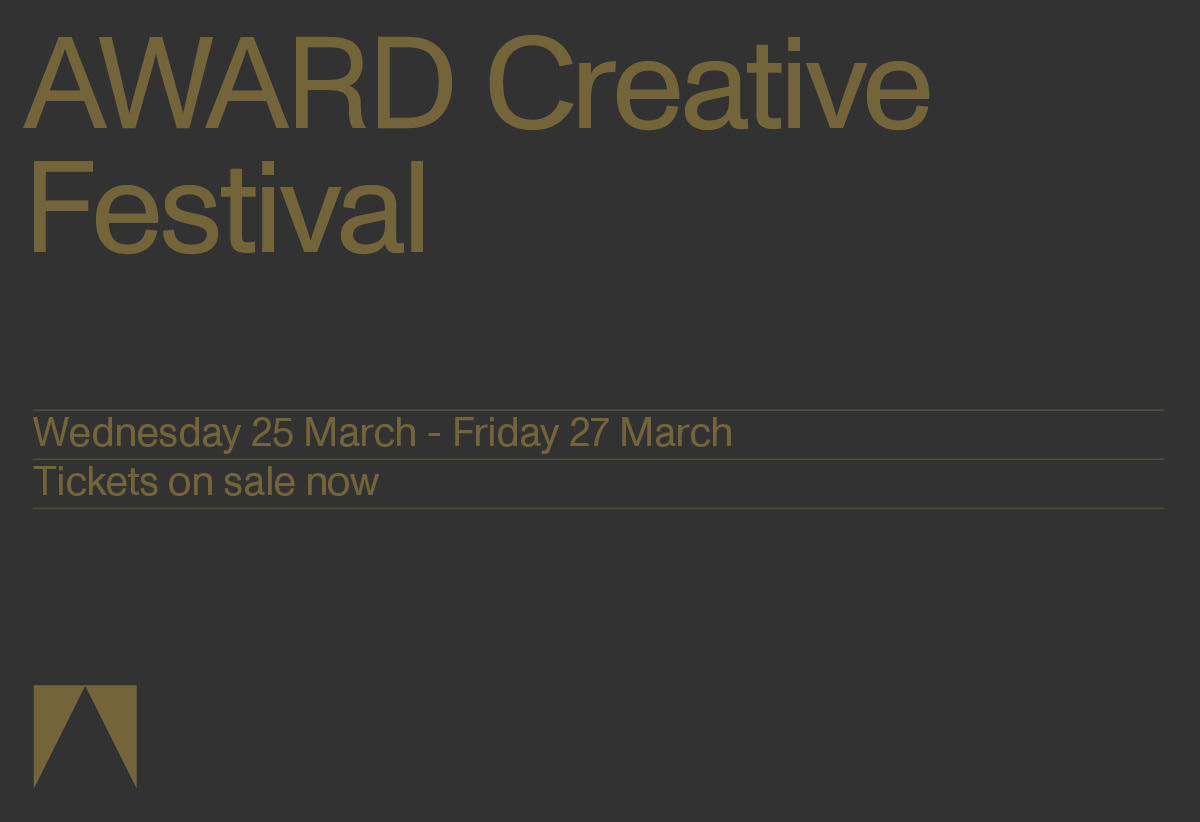 The countdown to the inaugural AWARD Creative Festival in Sydney has officially begun with the first announcement today of signature events across the three festival days from 25 March.

Kicking off the festival will be one of the biggest and brightest celebrations of Australasian advertising creativity ever held, as hundreds of guests gather at Sydney’s Museum of Contemporary Art for a party to mark 40 years of AWARD Awards.

Past AWARD Hall of Fame inductees, former AWARD Chairs and Committee members will join local and international creative luminaries for an evening whose highlights will include a major retrospective across four decades of AWARD Awards and the induction of new Hall of Fame members.

Tickets to this unique event are now on sale

AWARD has also announced that creative legends (and comic geniuses!) Gerry Graf and Jeff Goodby are set to go head-to-head to debate the crucial issue of ‘self-importance and the death of humour’. Brought to you by Google, the debate will see Graf, this year’s AWARD Awards Jury President, and Goodby, one of the world’s most formidable creatives, delving into their back catalogue and taking a look at the role comedy has played in their work and why we need to start having fun again. (Due to limited availability, this will be a ticketed event for members of The Communications Council and the Commercial Producers Council).

This year’s new and improved 41st AWARD Awards ceremony, the culmination of the AWARD Creative Festival, is all about bringing the glamour back to award shows with a gala sit-down dinner to replace the cocktail format of previous years.

Tickets to the 41st AWARD Awards ceremony on 27 March are now available – seats are limited so book now.

Says Cam Blackley, AWARD chair: “Everyone at AWARD is excited about the prospect of a Creative Festival linked to the AWARD Awards. With the quality of visiting judges in town it was a no brainer to tap their knowledge and deliver more inspiration to the industry.

“What we’re announcing today is just the beginning as we’ll be revealing more terrific events in coming days, all designed to reinforce AWARD as the pointy end of Australasian creativity.”