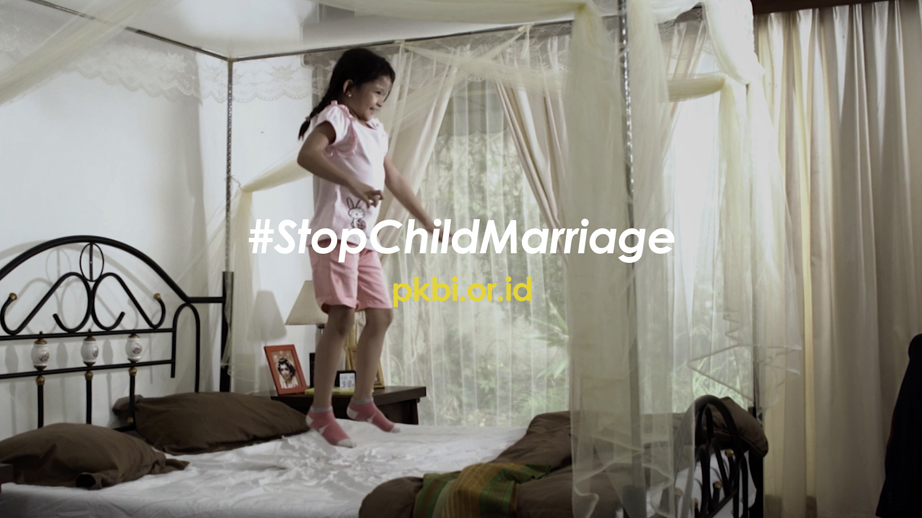 M&C Saatchi Indonesia has launched a poignant and thought provoking campaign: Stop Child Marriage, to bring to light a practice of child marriage which is common in Indonesia as well the rest of the world.

Stop Child Marriage aims to generate awareness about a child’s right to education that prevents them from achieving their future potential, but more importantly, letting children be children.

The campaign was developed for Indonesian Family Planning Association (PKBI), a non-governmental organisation (NGO) that works across 26 provinces in the country on issues such as women’s health, sexual rights and reproductive health, maternal mortality rate and child marriage.

Influenced by deep-set religious beliefs, adherence to cultural norms and in part to overcome economic difficulties, girls in Indonesia are married off well before they attain reproductive maturity, often leading to maternal mortality arising from neonatal complications.

In September last year, with an aim to curb child marriage, Indonesia’s parliament revised the country’s marriage law by increasing the eligibility age from 16 to age 19; it was universally welcomed by all, including the UNICEF. According to UNICEF, one in nine married women in Indonesia were married as children.

“Child marriage robs girls of their childhood and threatens their lives and health, as child brides are more likely to become pregnant at a younger and riskier age. Girls who marry before 18 are also more likely to experience domestic violence and less likely to remain in school.” – UNICEF

Girls Not Brides, another NGO that is committed to ending child marriage and enabling girls to fulfil their potential states that child marriage is a global problem that cuts across countries, cultures, religions and ethnicities.

“Child marriage can be found in every region in the world, from the Middle East to Latin America, South Asia to Europe. Some 12m girls are married before the age of 18 each year.” – Child Not Brides 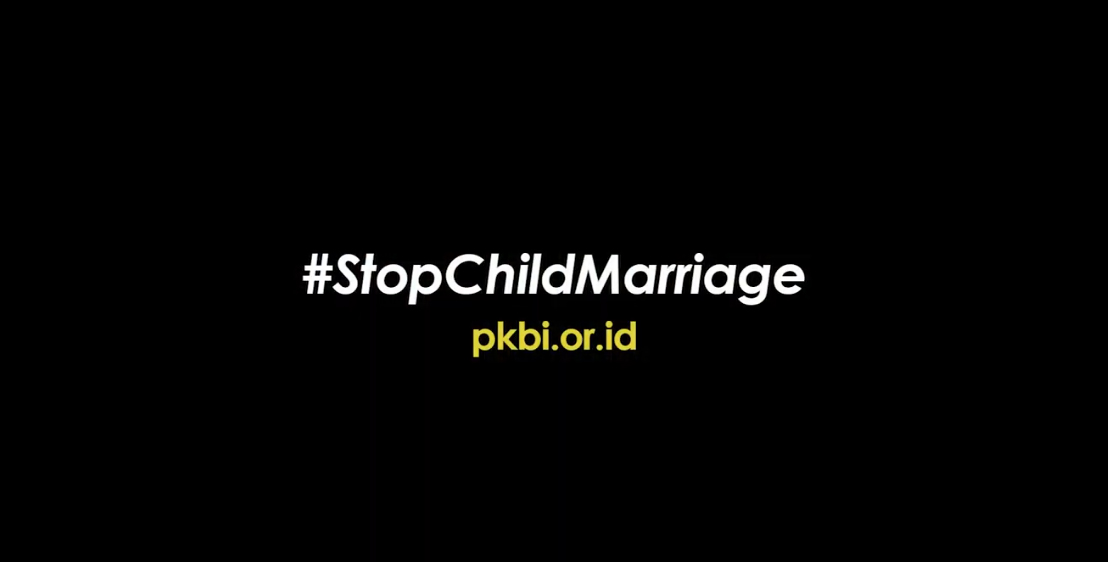 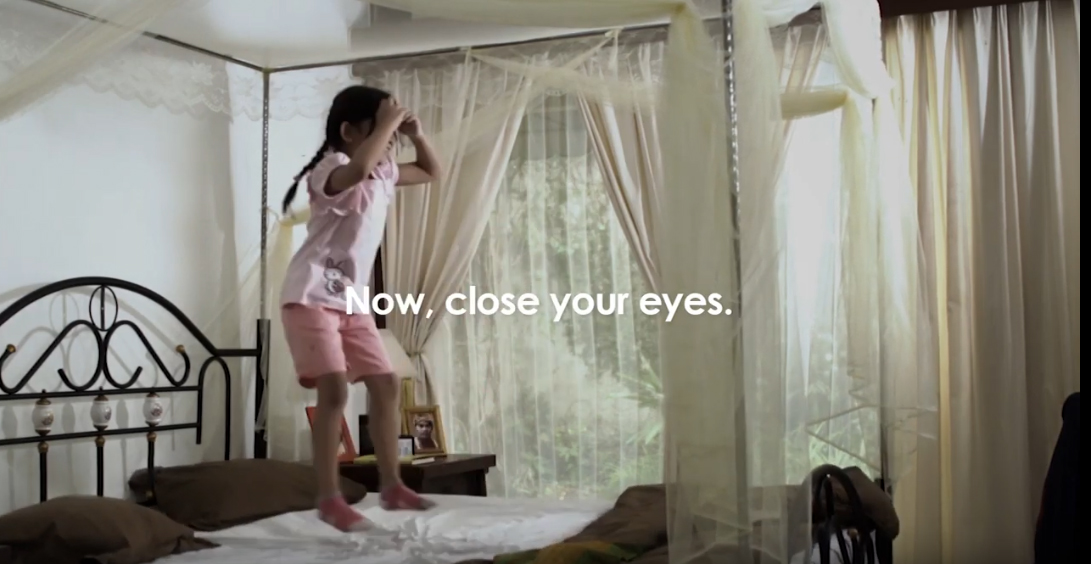 Earlier this month, the Government of Indonesia committed to end child marriage in Indonesia . Reduction of child marriage is one of the targets set in the National Mid-term Development Plan from 2020 to 2024. The government also pledged its support to the Sustainable Development Goals set by the United Nations which has called for a global action to end the human rights violation by 2030.

Added Daryani, “ Child marriage deprives the girl child of a normal childhood and the basic right to education. It robs them off their innocence, and an opportunity to become contributors to the society at large. Society needs to nurture a culture, environment and practices which encourage kids to remain kids.”

Dami Sidharta, Co-founder and Executive Creative Director, M&C Saatchi Indonesia, added: “The idea came from the thought that if you keep your eyes closed to the issue, you are changing their life for the worse; you’re putting them in that situation; you’re ruining their childhood. Hence, we ask people to open their eyes to injustice happening to the girl child, which is hidden in plain sight.”

Ahead of this year’s International Women’s Day, M&C Saatchi Indonesia hopes that the campaign inspires everyone to continue in their fight against inequalities, actively choose to challenge stereotypes, fight bias and celebrate achievements that will improve situations for women’s rights. Child marriage around the world – Source: UNICEF

● Globally around 21% of young women were married before their 18th birthday.
● 650m girls and women alive today were married as children
● 12m girls under the age of 18 are married each year
● 25m child marriages have been prevented in the last decade thanks to progress
● South Asia had the largest decline in the prevalence of child marriage during this time, from 49% to 30%
● But progress must accelerate or more than 150m additional girls will marry before their 18th birthday by 2030

International Women’s Day 2020 campaign theme is #EachforEqual. The IWD 2020 campaign theme is drawn from a notion of ‘Collective Individualism.’ We are all parts of a whole. Our individual actions, conversations, behaviors and mindsets can have an impact on our larger society. Collectively, we can make change happen. Collectively, we can each help to create a gender equal world. We can actively choose to challenge stereotypes, fight bias, broaden perceptions, improve situations and celebrate women’s achievements. We can all choose to be #EachforEqual.

Datuk Seri Dr Wan Azizah Wan Ismail has launched a 5-year plan to end child marriages in Malaysia. Malaysia has a dual legal system which practices a civil legal system and an Islamic (Sharia) legal system. Muslim marriages must be contracted and regulated under the Islamic family laws of each of the states whilst marriages of non-Muslims are regulated under the Law Reform (Marriage and Divorce) Act 1976 (LRA) and related federal statutes. In East Malaysia, there is also in existence Native Courts taking on the role as administrators of native and customary laws. The current legislation allows marriages for girls under 16 and provides for exceptions, wherein loopholes exist in the interpretation of “certain circumstances” by those authorised to do so. There is no requirement for the consent of the child, and in reality, parental pressure exists in many cases.

INDIA
Beti Bachao Beti Padhao, a large-scale awareness programme launched in 2015, aims to reduce the preference for male children and empower girls through education in India. While the vision of saving girls and educating them better has borne results as announced in the recent Union Budget for 2020, the scheme has been criticised for not being able to sufficiently address the prejudices from the perspective of caste, class and other forms of  social stratification.

VIETNAM
In Vietnam, there has been little to no change in child marriage rates. Child marriage in Vietnam is a complex practice driven by multiple factors such as gender inequality, economic situation, cultural norms and practices, adolescent pregnancy, low awareness of parents and children about the risks of internet and social media and the legal framework is not sufficiently enforced and is not effective for certain types of child marriage. Women experience significant social pressure both to marry and to support their families financially. China is seen as a rich country with great professional opportunities and Vietnamese women may advertise with a marriage broker because marrying a Chinese man seems likely to check off all those boxes. South Korea is also seeing a growing share of Vietnamese wives.

THE PHILIPPINES
1 in 7 Filipino girls marry before 18. The Philippines has the 12th highest number of child brides in the world. Poverty drives more Filipino women into early marriage. Many young girls in Muslim and indigenous communities in the Philippines are forced by their elders to marry. Several lawmakers are pushing for a bill that would criminalise this.