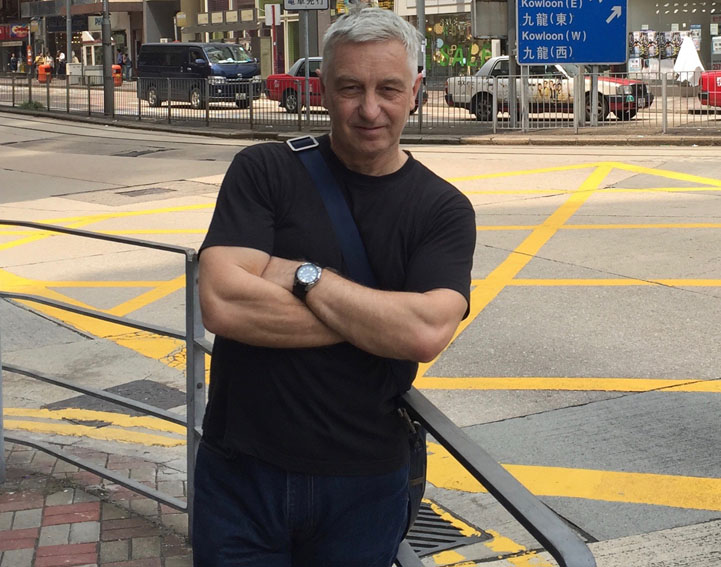 Chris Kyme (pictured) continues his ‘Postcard from Hong Kong’ series and this time he remembers Sandy Higgins, an unsung creative hero who passed away recently.

It’s been a while since I penned this once regular column. I can’t put it down to the fact that we’ve all been dealing with the Great Plague, as online activities have become almost the only way we do anything during these times, what with Zoom meetings and social media occupying so much of our locked-down time.

But I could say that topics of interest from here in Hong Kong have been a tad thin on the ground. And I’ve been loath to add to the rampant onslaught of COVID 19 updates that seem to be the only thing we read about in trade media right now.

There’s been a lot said and done about heroes at this current time, and yes we should salute the brave frontline medical workers all over the world who have been saving lives and covering the asses of inept politicians (though I’m a bit suspicious seeing some of the creative tribute campaigns start to rear their heads around awards season. Maybe I’m cynical).

I want to write about a different unsung hero right now, as I’ve just received the news that a very dear ex colleague of mine, Sandy Higgins, has passed away after a two year struggle with illness. 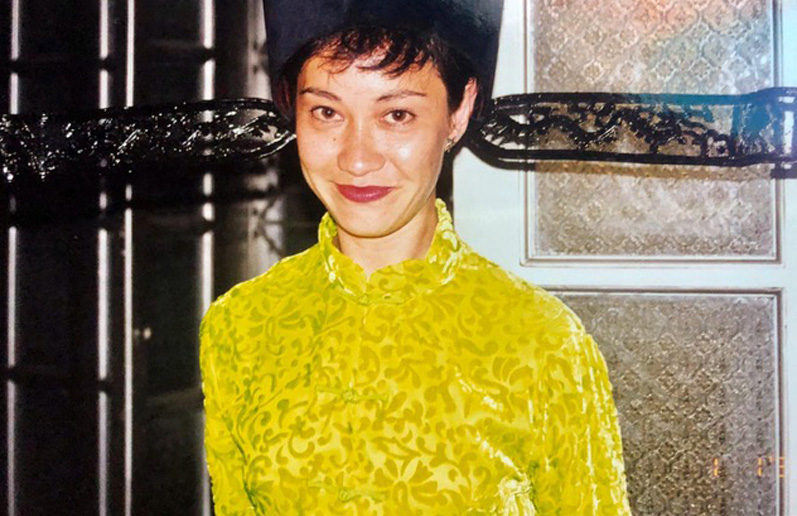 Who? Yeah well if you’ve been in and around the Asian creative circles as long as I have, you would expect that you’re familiar with most of the names that have cropped up on the creative who’s who lists over the years. Many who have either moved on, retired, gone into hiding, or reinvented themselves as ‘Changemakers’ or whatever, making way for new young bloods. Such is evolution.

Sandy (pictured above) wasn’t one of them. Yet to anyone who worked with her, she was absolutely a true hero. Friend. Confidant. Gossip mother and agony aunt. And last but not least, creative leader.

Some creative leaders are unsung heroes you see. You won’t find their names cropping up in the ‘Top 100’ lists. Because they’re not gong-chasing awards tarts. It doesn’t mean they’re not award winners. It doesn’t mean they don’t get up every morning looking to do something good. It just means they don’t live every day to put their name out there for the sake of personal gratification.

The creative unsung heroes are always first in line to take the flak when the shit hits the fan. Always there to solve problems. And take up the unglamorous assignments that don’t promise fame and glory but help keep the agency running. They are often the true backbone of the place, and are often indispensable.

Sandy was such a person. I first met her when I had landed in Hong Kong at Leo Burnett as a ‘hot’ new copywriter hire fresh from London. Cocky and full of myself. And here was this beautiful, petit Eurasian princess with an American accent who waltzed in off a plane one morning complaining about jetlag and looking for someone to fetch her a coffee. I thought – what??? Have I just turned up in a Harold Robbins novel?

That was Sandy on the surface. Herself a very talented copywriter, the daughter of legendary and celebrated Philippines fashion designer Salvacion ‘Slim’ Lim Higgins, who founded Slim’s Fashion & Arts School in in Manila in 1960.

Thankfully I was fortunate to get to know and work with, over the coming few years, Sandy below the surface. Warm, genuine, stylish and giving, and always calm in the face of the neverending ups and downs and panic attacks that are daily agency life when you’re in a large and growing network agency. Always the voice of sanity at a time when 16 pitches a month were not unusual.

I worked with Sandy briefly at Leo Burnett, and then again, for a longer duration at Grey Hong Kong where we were part of a core family team which drove the agency from about 70 people to something like 200 in the space of about 5 years.

Sandy became my trusted sidekick and real friend. Every morning she would start the day with a cappuccino on my sofa as we discussed what shit we had to deal with that day. At Grey during those early 90s we knew that we weren’t the hottest creative agency in town, but we built a place that had real fun, real spirit. We had a blast.

There were the award-winning campaigns, and she was happy to sit back and let me stand up and take the spotlight. She was too humble for that, and didn’t need the ego kick anyway (I did). She was straight to the point and always ready to cut through the bullshit, never allowing me to get away with it for a second. (“Mister Kyme, can you stop being such an asshole”).

Her absolute real strength was in managing clients. They couldn’t resist her charms and intelligent voice of reasoning when others seemed to be losing the plot.

Always ambitious, I moved on to new ventures, and Sandy stayed at her post, loyal to those around her, before eventually saying ‘enough is enough’ and going off for a calmer way of life. As well as founding independent agency The Tank in Hong Kong with partner Jimmy Zi, she gradually devoted more time to her family in Manila, including managing the career of her brother Mark Higgins, himself a distinguished and unique artist in Manila. Together they produced the Slim’s Legacy Project exhibition and coffee table book, as a tribute to their mother, as well as re-stablishing and building the Slim’s Fashion & Art School together.

Sandy was pure class. I have lost a friend. But the memories of the times I was fortunate enough to have her in my life will remain forever, and what a blast we had. I’m sure anyone in the Philippines creative community reading this will recall Sandy well (especially David Guerrero, who I know was a friend).

Another ex Grey Hong Kong colleague, Wowowtank owner and director Tan Khiang said “Gentle yet strong. Sandy could be quietly persuasive, she has left an indelible mark on some of the creative people in Hong Kong.”

Carol Lam, President and CCO of Leo Burnett Greater China also worked under Sandy. Sandy was elegant. Sandy was intelligent. Sandy was always soft spoken yet assertive. I never saw her raising her voice to anyone. Sandy taught me that you don’t need to be loud to be heard. She inspired me that how graceful a female creative could be and should be even when handling the chaos.”

Life is short folks. Enjoy your career while it’s there, make the most of it. And when you’re chasing and wallowing in the glory, don’t forget to give thanks to the unsung creative heroes. Those solid rocks around you every day who keep you sane and keep the agency going.