Lion: Quincy
Paper Moose
We were asked by Lion to launch Australia’s first hard seltzer. Not only was this a new brand launch, but it was an entirely new product, so needed a look and feel unlike anything in-market. Plenty of benefits (lower carb, lower sugar, light flavour) made it a great all-rounder and a staple afternoon tipple. It is an everyday drink that has nothing ‘everyday’ about it.

Dexus: Brainwaves
Paper Moose
Commercial property group Dexus wanted to bring their new brand ethos to life, literally. In an Australian first, brainwaves of occupants were used to create unique artworks. Users entered the installation, donned a headset and took a moment to concentrate. The wearable tech read brain activity and detected when a more mindful state had been reached, triggering digital paint to collide on Australia’s largest lobby screen. 33% of residents participated, with a 92% completion rate. 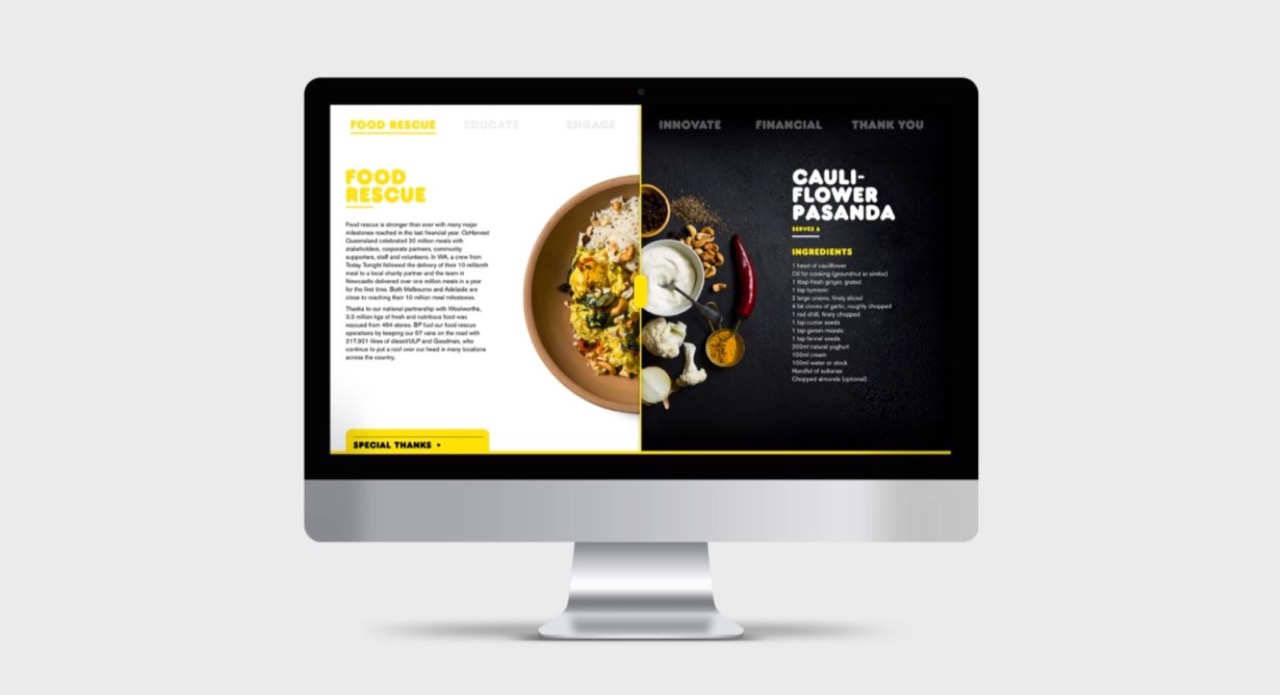 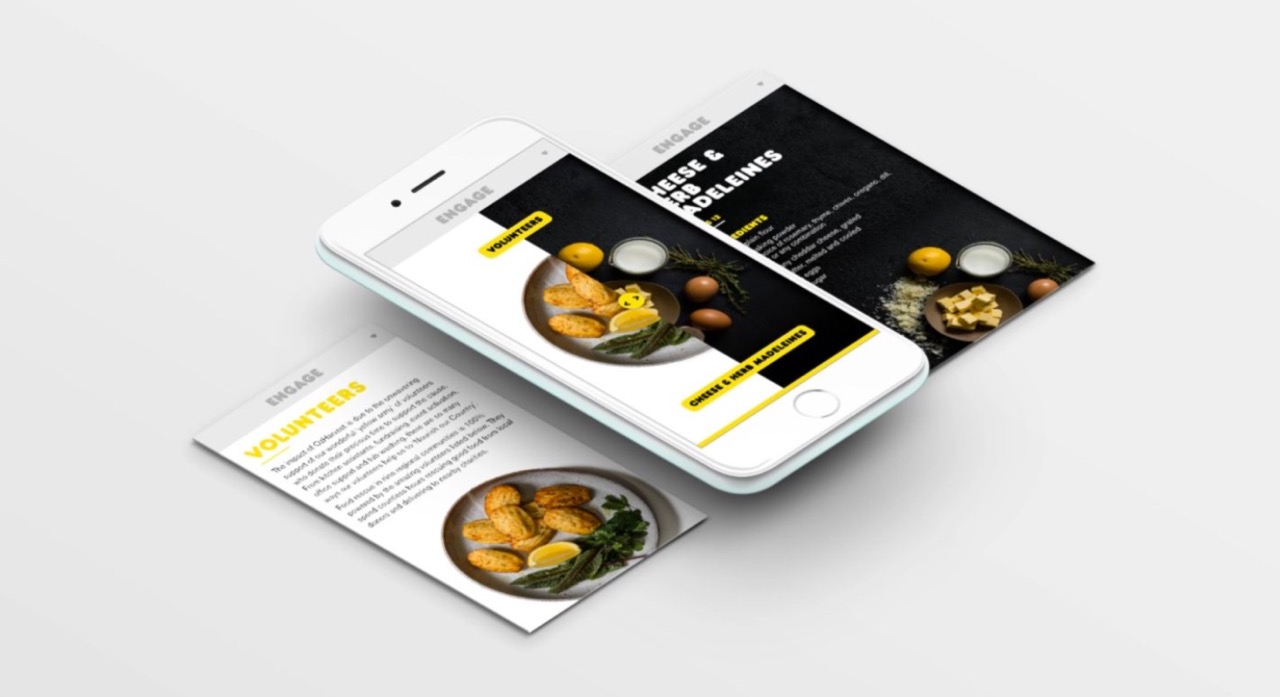 OzHarvest: Annual Report
Paper Moose
The annual OzHarvest Social Impact Report is a great opportunity to showcase the charity’s story and social impact across Australia. In 2019 the report needed a new execution and design to engage existing and future donors. Introducing the OzHarvest Cookbook: providing easy recipes while equipping readers with the tools to reduce their food waste. By matching recipes to each OzHarvest program, the bigger story begins to appear. Not only do they get an insight through the stats, but they understand more about the programs, as well as gain food-saving skills through the recipes.

Shepherd Centre: Experience Hearing
Paper Moose
How do you convey the impact of hearing loss for a child? For the Shepherd centre, generating this understanding was essential to engaging supporters. We knew VR done wrong can be a gimmick, but we were confident it would be the best tool for placing a viewer in somebody else’s shoes. Our cameras allowed the children to get very close to the lenses, enabling us to craft a VR experience that gave viewers insight into what it’s like to go through primary school with hearing impairment. By immersing people in the potential isolation a child can feel, the experience delivered a powerful range of emotions and reactions. This experience very much delivers on the empathy machine hype. The experience is now seeded out using various Oculus Gos around Australia helping educate parents, donors and politicians of the need for organisations like The Shepherd Centre.

EPA: Tosser
Paper Moose
How do you get people to do good things when they already think they are? That was the problem faced by EPA, who had great brand recall from their “Hey Tosser” campaign, but little actual behaviour change. Lots of people were littering, but at the same time, there were no actual litterers. Time to hold up a mirror to our audience.

We created a world where discarded litter came back and stuck itself to you if it wasn’t properly thrown in the bin, even chasing you across a whole park if you tried to run away. Reinforced by the tag “If it’s not in the bin, it’s on you”, this physically and verbally tied the responsibility of litter to its owner.

Adding animated socials for the second release
While our initial campaign was broadly successful, the millennials segment needed to be more sticky. We took the opportunity, with the second media push, to develop an animated campaign building on the “it’s on you” narrative. Millennials can’t resist cute angry animated animals. They just can’t.

Our “Don’t Be a Tosser” campaign smashed its targets, showing that innovative, humorous approaches can get audiences on board even when something is being demanded of them. Getting the audience to realise they were the target audience, part of the problem, and therefore part of the solution, was achieved as the number of people self-identifying as litterers rose dramatically. All without having to lift and wag a single finger.

The entry deadline for Campaign Brief’s The Work 2020 is April 30th. Entries are FREE with only an acceptance fee charged for those that make the cut. See full details and enter here… If your agency would like to showcase your best work in our Contenders series email kim@campaignbrief.com.