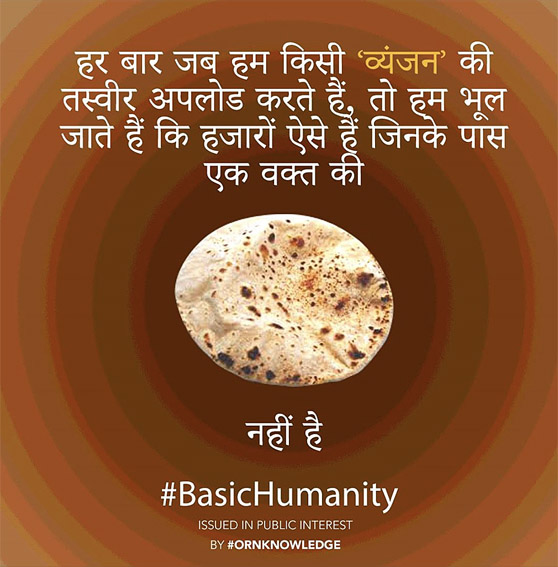 Amidst a global pandemic, Outreach Nepal initiated a small gesture to bring forward the simple message of ‘empathy’. The campaign has now been adapted in six countries and translated into seven languages.

With every country experiencing how the pandemic has locked us all inside our homes with limited access. Outreach found small happiness within the boundaries of homes and shared it with the outside world. Be it family time, cooking, social media challenges – ranging from the book one has read to the best films ever watched.

At the same time Outreach noticed that there is a popular trend of displaying food preparations on social media – glimpses of daily menus which are nice, lavish and appetizing cuisine from around the world.

But, is this the right time to exhibit such luxuries? asks Outreach.

The agency initiated a reminder campaign from Nepal, which requested to stop showcasing our lavish cooking or food we have prepared. The campaign was promoted using #BasicHumanity, which caught attention of advertising friends across the world.

This simple message of ‘empathy’ has been replicated now in 5 countries (Brazil, China, India, Sri Lanka and Bangladesh) beside Nepal and the idea has already been translated into 7 languages.

The first country to adapt the idea was Brazil led by Daniel da Hora, Chief Creative Officer, DH, LO Creative Boutique, who was moved by the idea.

“The pandemic made us reflect that we, as humanity, are deeply connected to each other,” said da Hora. What affects one, affects us all. Besides, the lack of equal opportunities and access to the basics is also a global threat. Empathy is when you put yourself on the position of another person. In a times such as this we see so many privileged people sharing their quarantine routine, so full of everything and so easily because of having everything can be a trap in a world so full of inequality.”

“It’s very clear the campaign is not to make us feel bad about our privileged condition, but to make us think about how, through small practices, we can help,” said da Hora.

Rashid, founder of Creoto Bangladesh, also joined the campaign: “#ORNKnowledge is a knowledge platform initiated by Outreach Nepal who lifted this campaign to raise empathy in current pandemic situation which is worth to support.”

Dr. Owen Jia, The President of ECI Awards, voiced his support: “In fighting this COVID 19, the common viral enemy of mankind, this movement is very timely, reminding us that human beings must care for each other, help each other and be friendly with each other no matter whatever language, faith and race they belong to.”

This was followed by another international boost from Sri Lanka. Rohith Hettiaratchi, Director Business Strategy & Planning at Media Factory Pvt. Ltd., Sri Lanka, wrote, “This campaign opened up the insensitivity of such uploads encouraging people to be more humane. The problems are the same across the sub continent in terms of food availability and scarcity, hence it is very relevant to our market in Sri Lanka.”

A note also came from the Prof Ujjwal K Chowdhury, Pro Vice Chancellor of Adamas University, India: “Many people and professionals think of path breaking ideas but do not take them beyond the drawing board. Ujaya Shakya and his team behind #BasicHumanity have actually acted on what they have thought of. Social sensitivity and physical distancing in times of pandemic and its aftermath will be hallmark of #BasicHumanity indeed.”

“In the unprecedented situation, there is no better time to reaffirm our humanity and empathy for each other. Unfortunately this outbreak has also led to lot of people cocooning themselves in their own world, where it becomes difficult to see the suffering and desperation of many people who are affected by the virus or affected by the economic devastation. So the need for spreading awareness and reminding each other of the need for empathy is even more. Due to this reason, we supported #BasicHumanity campaign, as it directly speaks of this”, says Protik Basu, Managing Partner, Weaddo based in Gurgoan, India.

Jitendra Gupta, FMCG professional from India said: “The campaign touches the heart & soul. It is very simple but straight forward to understand & shakes the inner calling of an individual towards his duties for others. This was a great cause for me to get attracted towards and connected with this campaign.“

Outreach Nepal’s Ujaya Shakya said his agency believes advertising now has a bigger role to play” “In these uncertain times, let us be more empathetic, more humane towards the less privileged. Our small initiative is simple, just a reminder of the basic humanity which we all have inside us. This campaign is not meant for those who are actually suffering – they might have little access to social media in these tormenting times. On the contrary this is meant to sensitize us, the forgetful privileged.”

He said Outreach is very happy that people across countries are reacting positively to the message: “The new normal will makes it necessary that we have new insights and new visions. And now we know that there cannot be a bigger insight than ‘Empathy’.” 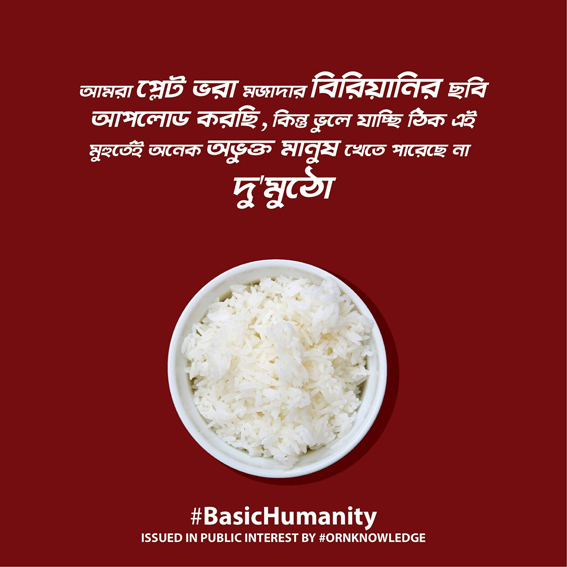 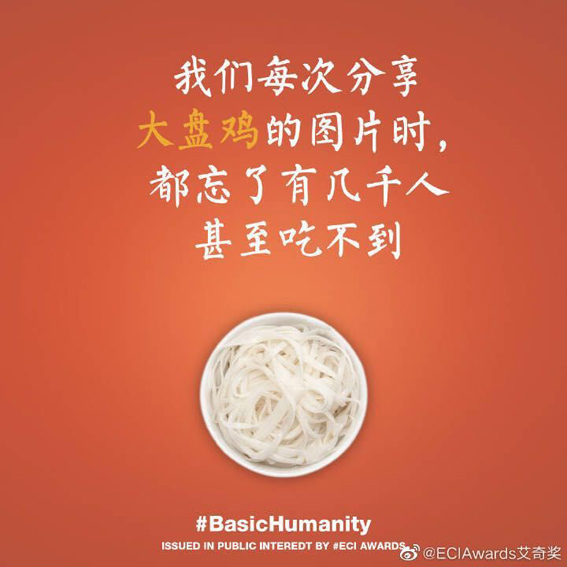 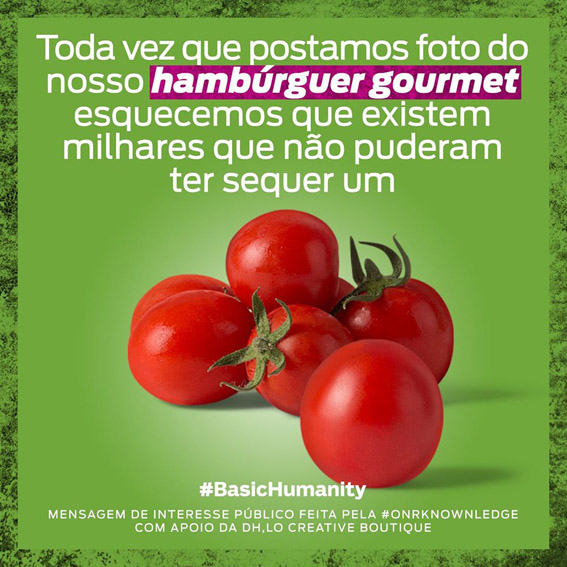 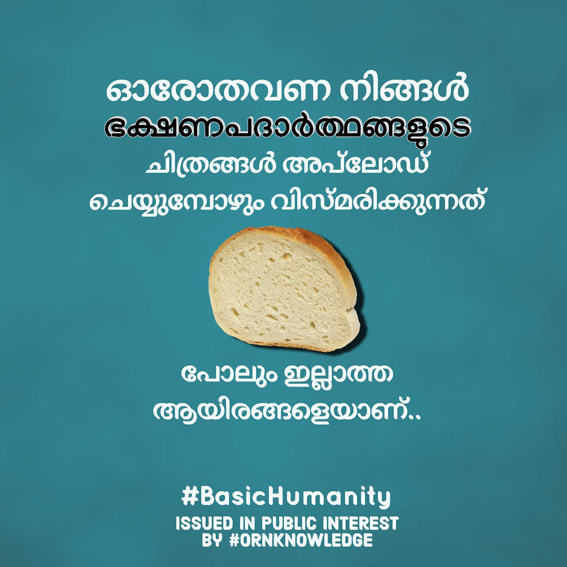 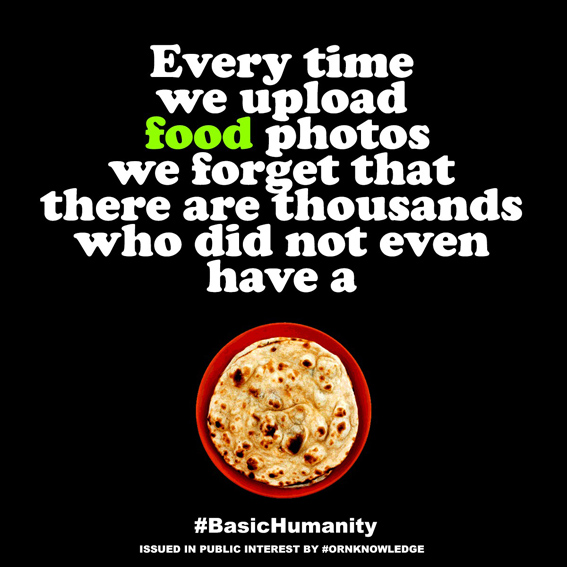 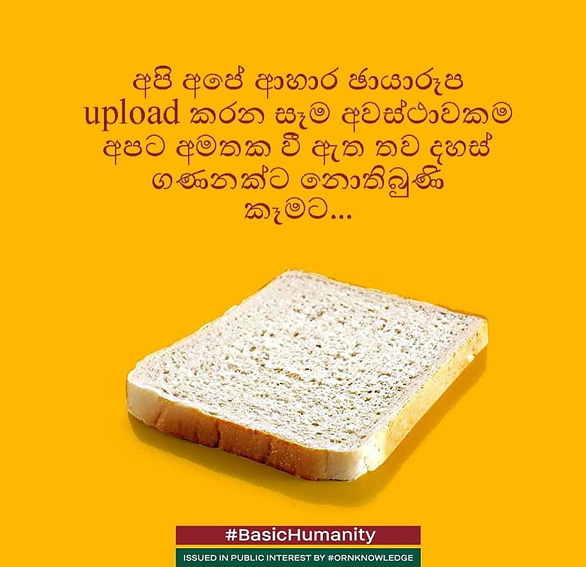