A decade of US$10,000 cash Grand Prix Winners from the Ad Stars Festival in Busan

This year the Ad Stars Festival in Busan, Korea celebrates over a decade’s worth of Ad Star’s Grand Prix of the Year winners. Each of these winners won US$10,000 at the annual Ad Stars Awards night. Campaign Brief Asia recaps on a decade of cash prize winners. Enter this year’s Ad Stars here.

When the first Ad Stars Awards were held in 2008, the festival set out to create a new paradigm in the creative industries: a show that’s free to enter and supports creators with two $10,000 cash prizes every year.

As Suthisak Sucharittanonta, Chairman & Chief Creative Officer at BBDO Bangkok explained while judging Ad Stars 2017: “To win Grand Prix of the Year, the standard has to be very, very outstanding. It not only takes the brand to another level but also takes our ad industry to new heights.”

The Ad Stars Grand Prix of the Year winners were: 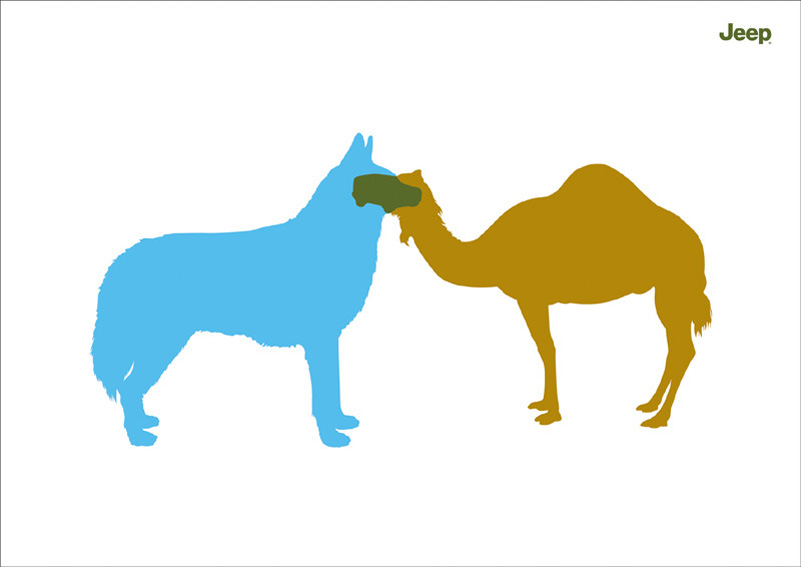 This visually simple campaign is part of a bigger ‘Two Worlds’ campaign that shows the enduring power of print. Two shapes – a husky and camel – overlap to reveal a Jeep, a clever way of showing that the Jeep is designed for any kind of weather conditions, from snow to desert. 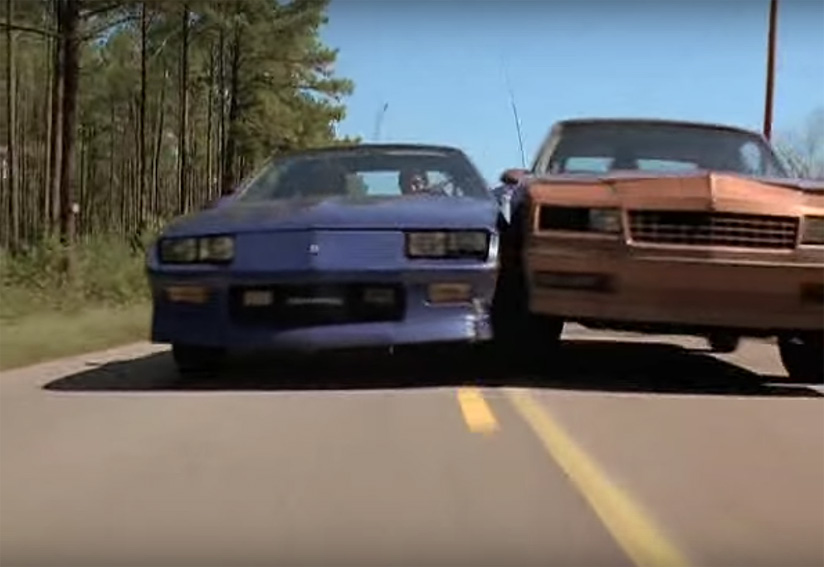 Ogilvy & Mather wanted to highlight the true-to-life realness of Matchbox cars, so they created footage of live driving situations to a soundtrack of kids making the noises of engines revving, changing gears, skidding around corners, sirens, and crashes. 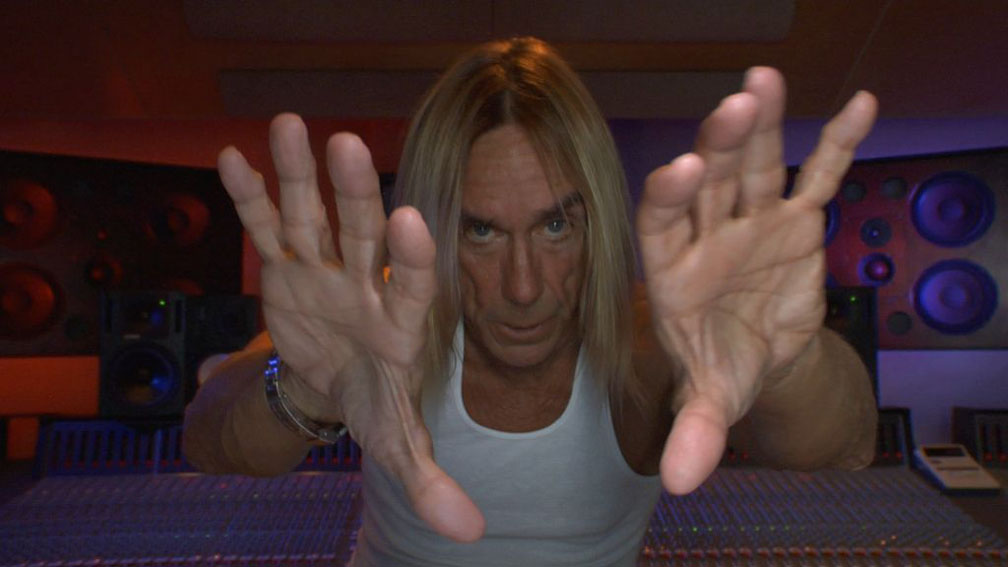 Special Group connected 9 Kiwi’s to Iggy Pop’s Miami studio using Orcon Broadband, and together they re-recorded ’The Passenger’. It’s a remix like you’ve never seen before, and it won our 2010 Grand Prix. 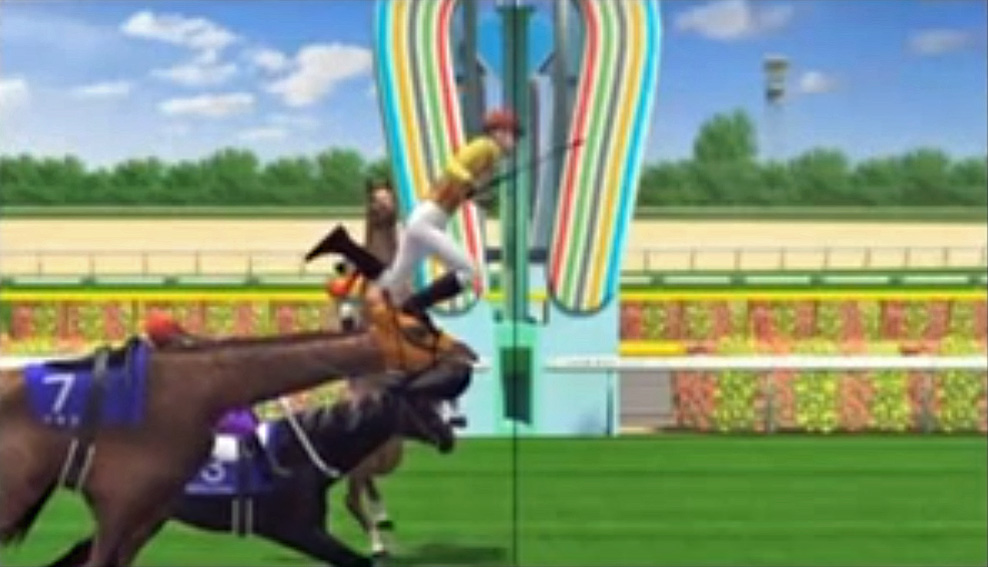 This integrated campaign for the Japan Racing and Livestock Promotion Foundation set out to raise the appeal of horse racing to the youth of Japan. 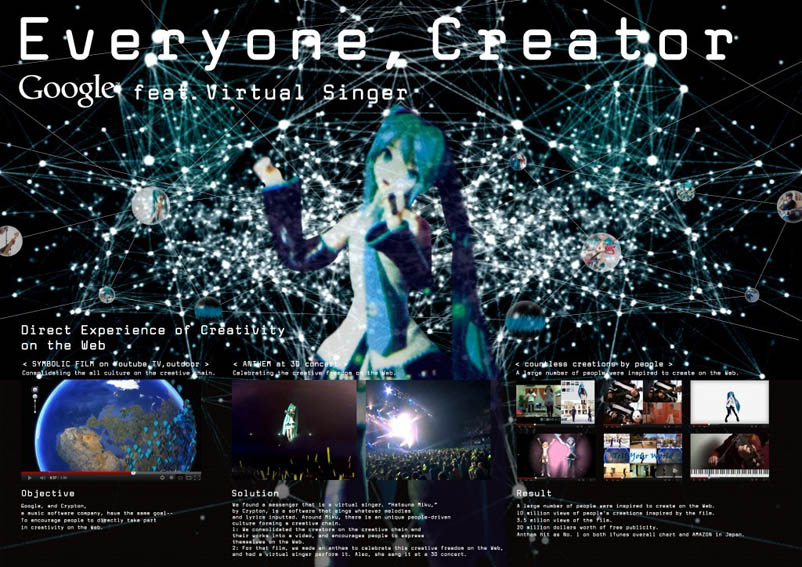 To showcase the creative power of Chrome, Google Japan created a campaign featuring virtual singer Hatsune Miku, tapping into the “vocaloid” phenomenon by using singing voice synthesizer software. When people searched for ‘Hatsune Miku’ on Google Chrome, they were invited to make their own songs and videos – and thousands of people around the world did just that. 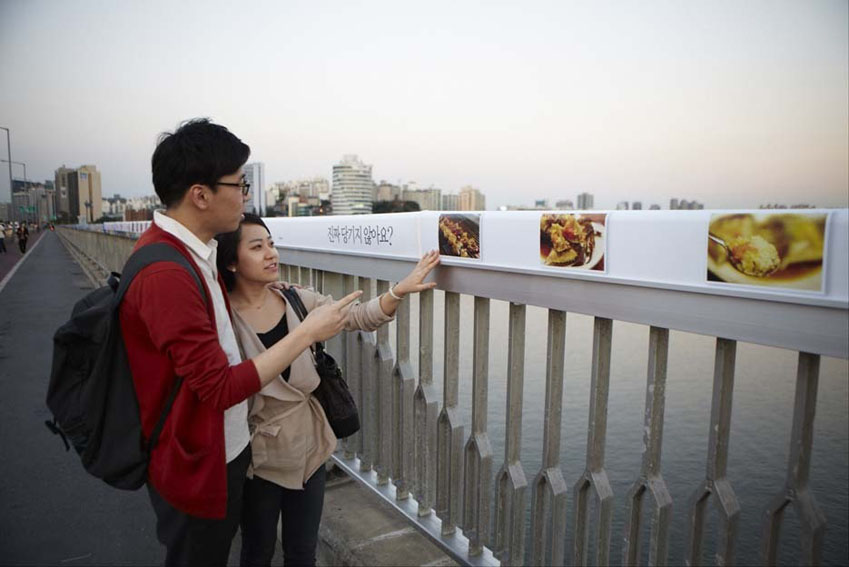 Mapo Bridge in Seoul has become a popular spot for suicide attempts as it is accessible to pedestrians. Samsung worked with Cheil to display positive, empowering messages as people walk along the bridge to encourage them to keep walking across its entire length. The campaign contributed to a decline in suicides on Seoul’s bridges, and was acclaimed around the world.

To bring to life its car navigation system, Internavi, Honda re-enacted the world’s fastest lap by racing driver Ayrton Senna in the qualifying for the 1989 Formula 1 Japanese Grand Prix. It did this by collecting data from the car’s accelerator and engine to ingeniously recreate the lap using sound and light.

* There were two Grand Prix of the Year trophies awarded. 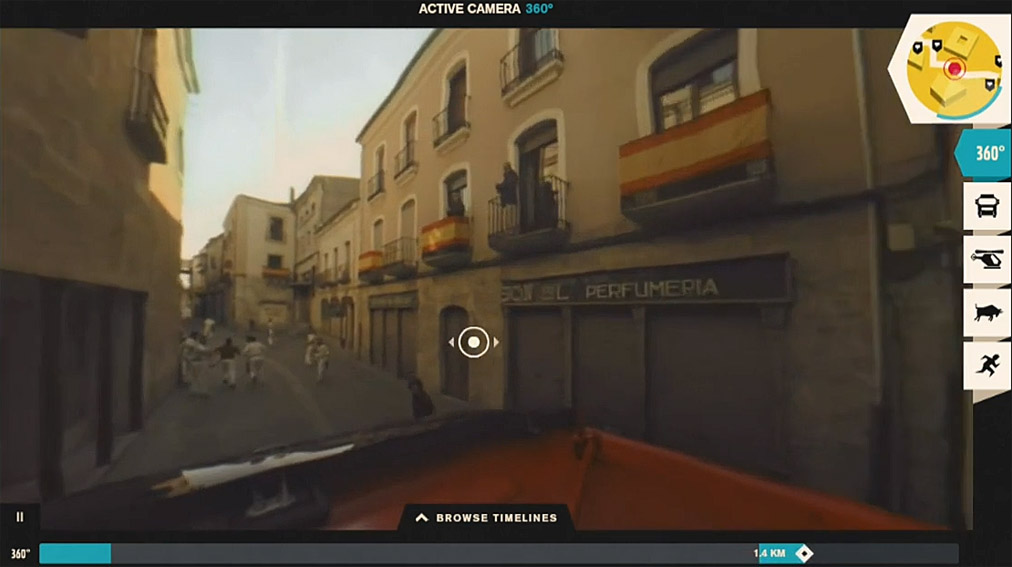 Forsman & Bodenfors set a herd of bulls free on the new Volvo FL in a rather extreme demonstration of the performance of Volvo Trucks. The interactive experience was filmed using 28 cameras so that users can switch between five different views.

* There were two Grand Prix of the Year trophies awarded. 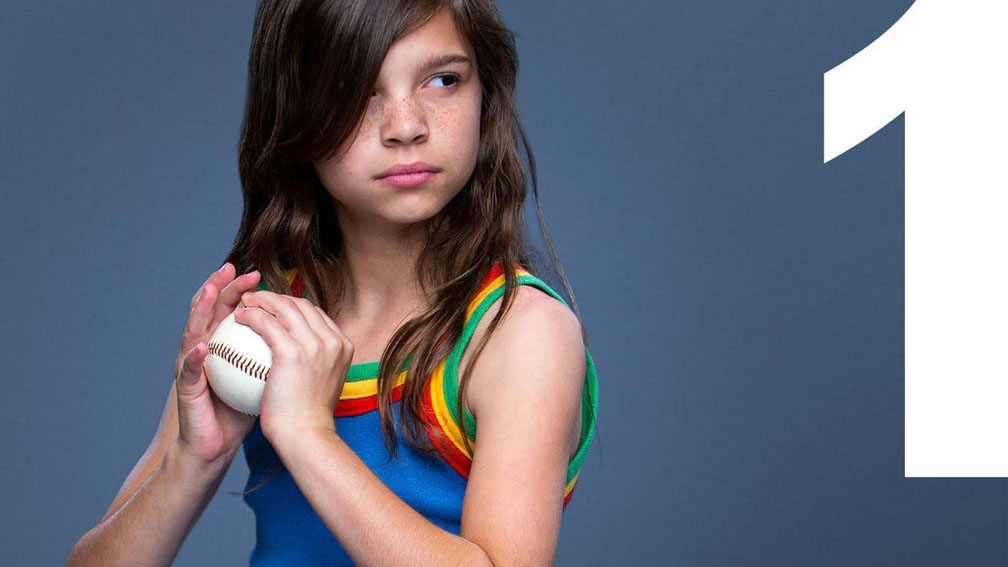 When did doing something “like a girl” become an insult? This pivotal campaign “won kudos all over the Internet for changing the conversation about what it means to run, throw and do pretty much any activity ‘like a girl,’” according to Huffington Post. With over 68 million views on YouTube, the ad was a collaboration between three Leo Burnett offices led by Judy John (who is now Global Chief Creative Officer at Edelman). 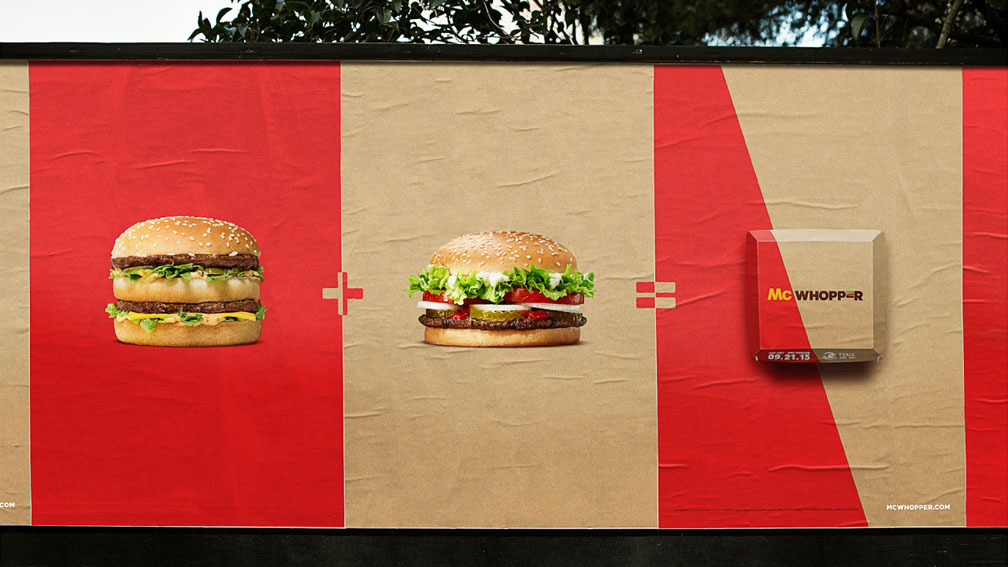 To celebrate Peace Day, Burger King came up with a cheeky proposition for McDonald’s under the guise of a one-day truce. It invited McDonald’s to combine Big Mac and Whopper ingredients to create one mega burger. The proposal was rejected by McDonald’s but adored by the world.

Tim Doherty, Chief Creative Officer at Isobar China and an Executive Judge at AD STARS 2018 said: “The idea of giving two battling brands the chance to make peace on Peace Day is a big, big idea.” 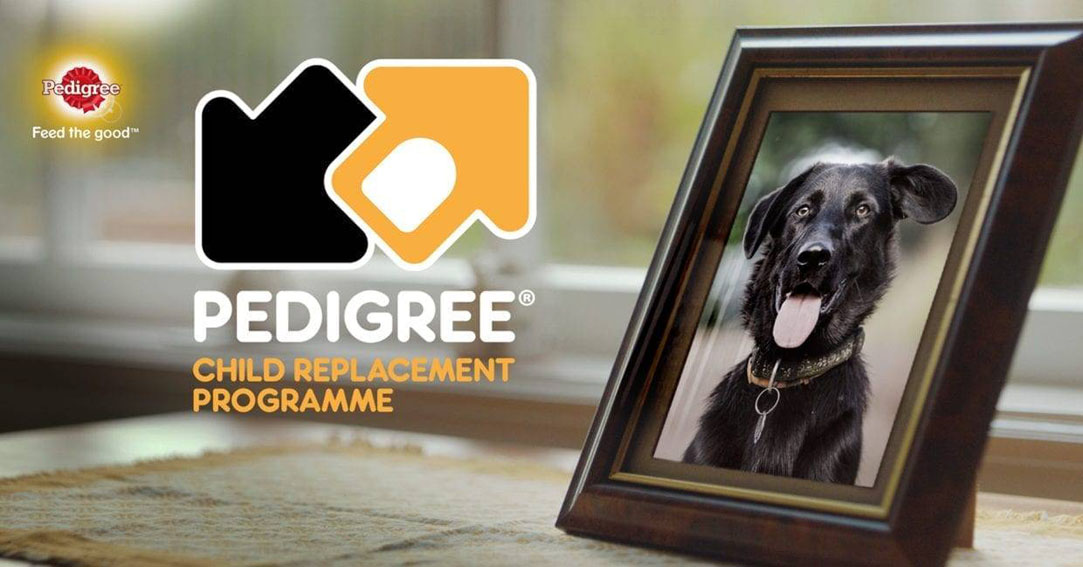 This cheeky campaign encouraged empty nesters to replace their children with adopted dogs.

Helen Pak, who is now Creative SVP Creative at The Walt Disney Company, was an Executive Judge at AD STARS 2017. She said: “The Pedigree Child Replacement Challenge is a fantastic integrated campaign – each element was individually strong, delightfully crafted with great insight and humour. It was such an interesting, humorous new way to approach an age-old dilemma of increasing animal adoption rates.”

James Keng Lim, Creative Director at Hakuhodo Sinagpore, said: “What stood out was the brevity of thought, the audacity to think big, and a true desire to make a positive change.” 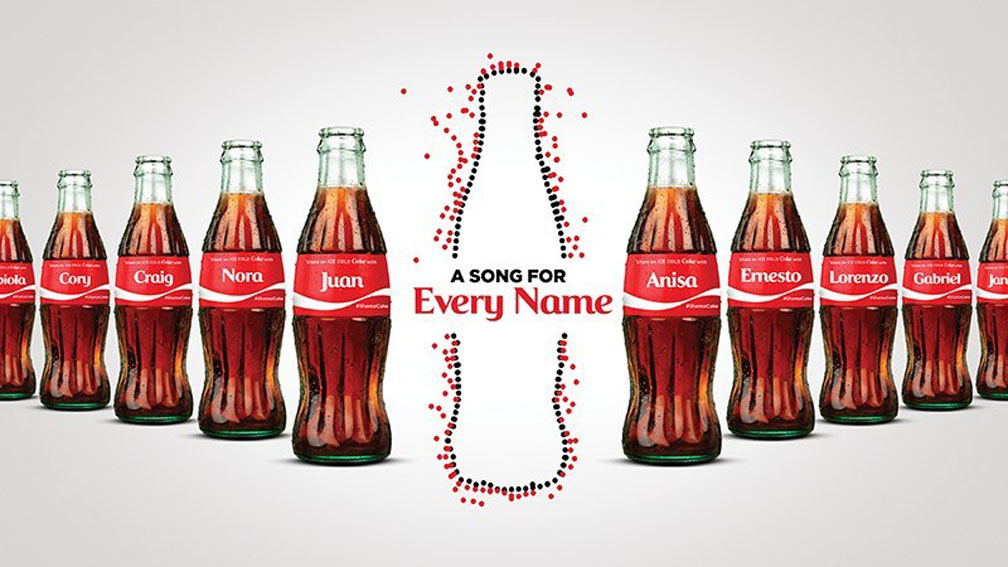 It took 30 songwriters, 45 musicians and over 2,625 hours to create 1,000 songs inspired by people’s names, which people could seek out online, hear on the radio and share on social channels.

Ari Halper, Creative Partner at FCB North America and Executive Judge at AD STARS 2018, said: “One of the biggest trends our industry is facing is that it’s hard to reach consumers with ‘push’ advertising, which means we need to find ways to get people to seek out our ideas. This campaign pulled people to seek it out. I also think there’s a tendency to always want to try something new, yet there’s great value in building on ideas. Coca-Cola’s latest campaign takes ‘Share a coke’ to another level. To me, that is a dying art. I think it’s important that our industry is mindful of not reinventing the wheel every time – once you’re onto something great, you can sometimes keep building upon it forever.”

Executive Judge Anna Qvennerstedt, Copywriter and Chairman at Forsman & Bodenfors in Sweden, says: “One of the things I really admire about this Coca-Cola campaign is the high ambition of the craft. I hope it will be an inspiration for agencies and clients to go that extra mile. It took a lot of working hours, blood, sweat and tears to make this idea – and it pays off.” 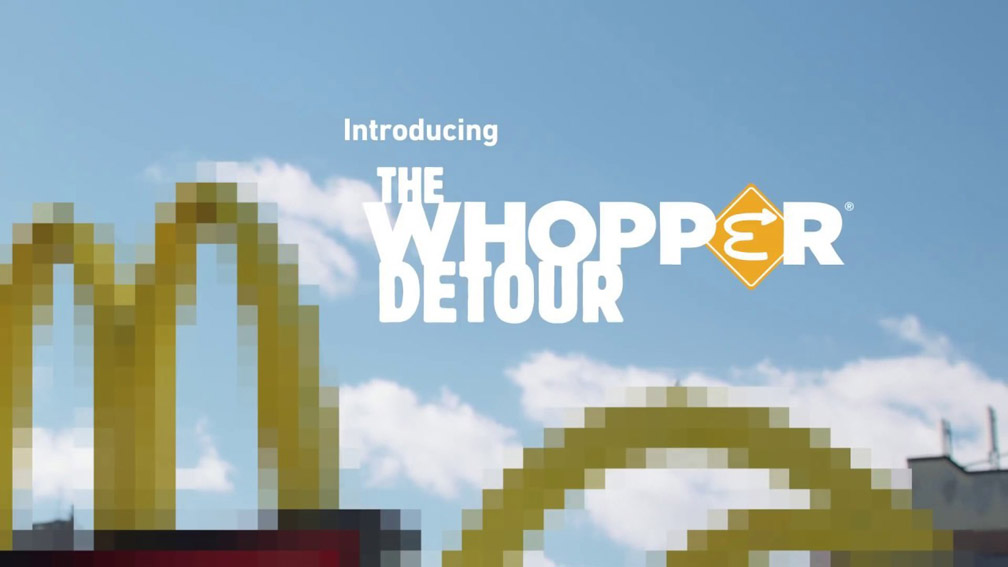 The Whopper Detour campaign is an audacious idea that drove burger lovers to McDonald’s, where they could purchase Whoppers for only a penny thanks to an ingenious app with in-built geo-fencing. The campaign led to 1.5 million Burger King app downloads along with global media acclaim.

“When you can’t outspend your biggest competitor, you have to outsmart them,” explained Ted Lim, former Regional Chief Creative Officer at Dentsu Asia Pacific, who was an Executive Judge at AD STARS 2019.

Robin Fitzgerald, Chief Creative Officer at BBDO Atlanta and an Executive Judge at AD STARS 2019, added: “This was basically a brief to offer coupons for one-penny Whoppers, but the agency went above and beyond to make something much more culturally provocative.”