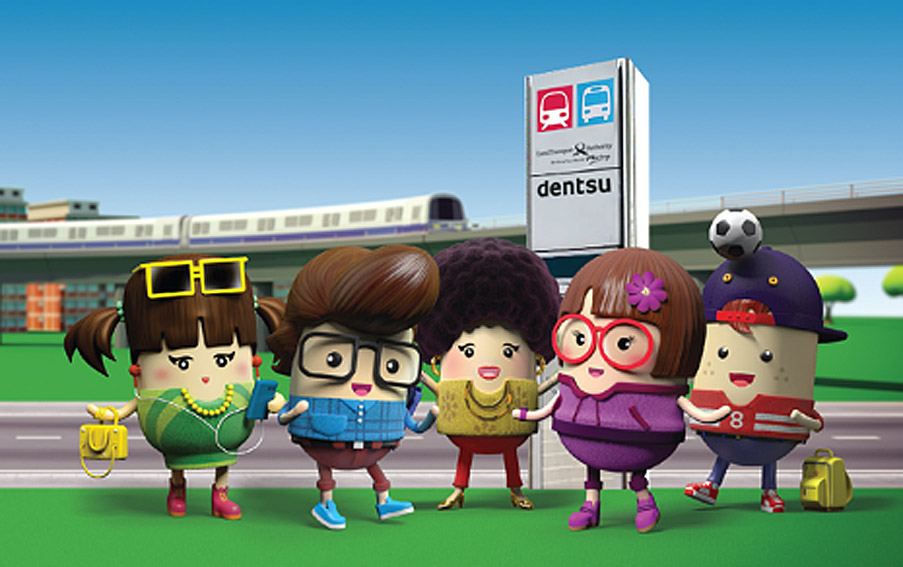 DAN worked with LTA and launched the Thoughtful Bunch in 2014 to provide a set of accessible and relatable examples that commuters can easily identify with. The five Thoughtful Characters have since become a familiar and endearing part of everyday commute in Singapore. Accordingly, the campaign has also seen a positive and tangible change in commuter behaviour on the local public transport system  .

Klara Krok, Head of Business and Media, Creative Group at Dentsu Aegis Network Singapore, said: “We are delighted to cement our relationship further with Singapore’s LTA by continuing to collaborate on the Graciousness campaign. We thank the team at LTA for believing in our passion, ideas and directive. We can’t wait to see the Thoughtful Bunch in action and will make sure their thoughtfulness continues to inspire commuters through this campaign.”

Joao Flores, Chief Creative Officer, Creative Group at Dentsu Aegis Network Singapore said: “It’s always exciting when we have a client who gives us the opportunity to positively impact behaviours, even more when we have the help of our Thoughtful Bunch. Since their inception, their growth has been a creative delight and a true partnership between LTA and DAN Singapore. We know that Singaporeans also love them.”