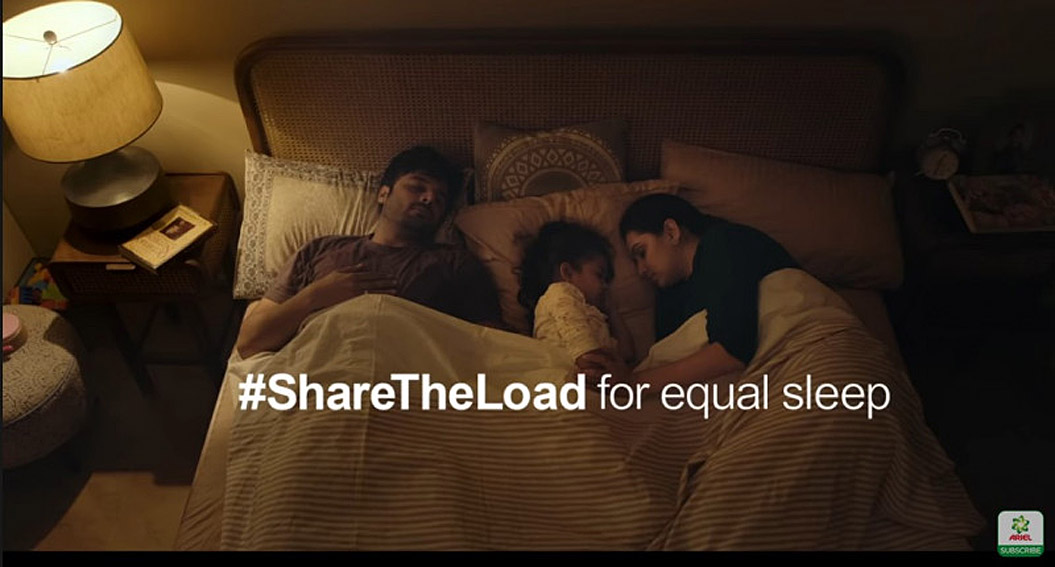 Ariel detergent’s long running ‘Share the Load’ campaign in India serves as a timely reminder as many families working from home are swamped with household chores and require everyone to share the load.

Created by BBDO India, Ariel India launched the #ShareTheLoad movement five years ago to address the inequality that exists within Indian households. In 2015, the brand raised a provocative question ‘Is laundry only a woman’s job’ drawing attention to the uneven distribution of domestic chores. With ‘Dads Share The Load’ in 2016, the conversation was aimed at helping to address the root cause – the cycle of prejudice passed down from one generation to the next. In 2019, the brand started to drive further action, urging parents to raise their sons like they have been raising their daughters, so that the future generation is more equal!

Over the years, Ariel has been able to impact the mindset of millions of Indian men. When the campaign launched in 2015,  79% men believed that laundry is a woman’s job. That number has steadily declined. Today that figure stands at 41%. So there’s been steady progress. But it remains unfinished. Even today, only 35% men contribute daily towards household chores.

Now with most families under lockdown, the burden on the women of the house have seen an unprecedented increase. Having to juggle between housework and office work, everyday becomes a gruelling marathon for most women.

The UN published a study stating that women already did 2.6 times more housework than men before the pandemic hit. The article states that “Women’s domestic burden just got heavier with the coronavirus.”

Just days before the lockdown in India, Ariel launched ‘Share the load for equal sleep’. When men don’t share the load, what ends up getting impacted is a basic and everyday phenomenon, women’s sleep. The unaccounted hours of early mornings and late nights, which are usually spent by her in wrapping up the chores she couldn’t complete during the day. According to P&G Ariel India’s research, 71% women in India sleep less than their husbands due of household chores.

The latest film brings to life the theatre of the after hours – the time unaccounted for. The daily grind of every Indian woman before the rest of the family wakes up and after they go of to sleep as seen through the eyes of an unconditioned little girl. The film sheds light on not just the physical load but even the mental load of the house that the woman carries with her every day and every night.

This film lends itself to reality in most households during the lockdown period, where women are not just working from home, but working for home as well. The film ends with a realization on the man’s part as he sees how single handedly carrying the burden of the household doesn’t even give the woman one of the most basic human needs – sleep. And makes a sharp point with a fact ‘71% women sleep less than men due to household chores’ and leaves the men with a possible action to “#ShareTheLoad for Equal Sleep.

Commenting on this year’s movement, Sharat Verma, CMO, P&G India and Head, Fabric Care Indian Subcontinent, said, “This year, ‘#ShareTheLoad for equal sleep’ seeks to give us one more compelling reason to start sharing the load. Uneven division of household chores is getting in the way of women getting adequate sleep and rest, and hence the conversation this year is about bringing this to light to enable conversation. 71% of Indian women are sleeping less than their husbands due to these household chores, as they end up waking up early and/or staying up late in order to get everything done. The film is designed to be a mirror into the daily lives of many women, in order to make this unaccounted time count. And with this, Ariel wants to move us all from intent to action by urging them to #ShareTheLaundry and take the first step towards #ShareTheLoad.”

Speaking about the highly successful and well recognised continuing campaign, Hemant Shingy, Chief Creative Officer, BBDO Mumbai said, “Share the Load has become more than just a campaign, it is a commitment. With an attempt to take the message wider and deeper each year, reaching out to more people and unearthing more cultural truths. And along with every new insight, the brand also incites action beyond the communication. What’s heartening is that a movement created to make a shift in mindset has now become a part of culture.”

“Every year we uncover a new truth and offer men one more reason to share the load at home. These are moments of realisation based on true confessions or universal truths that are hidden and waiting to explode. Right now we are all going through a changing reality. The lockdown situation has seen the world staying at home. This has resulted in new hopes and dreams but also new challenges for women. We’ll continue to be on her side as we look for ways to encourage equality at home.” says Josy Paul, Chairman and Chief Creative Officer, BBDO India 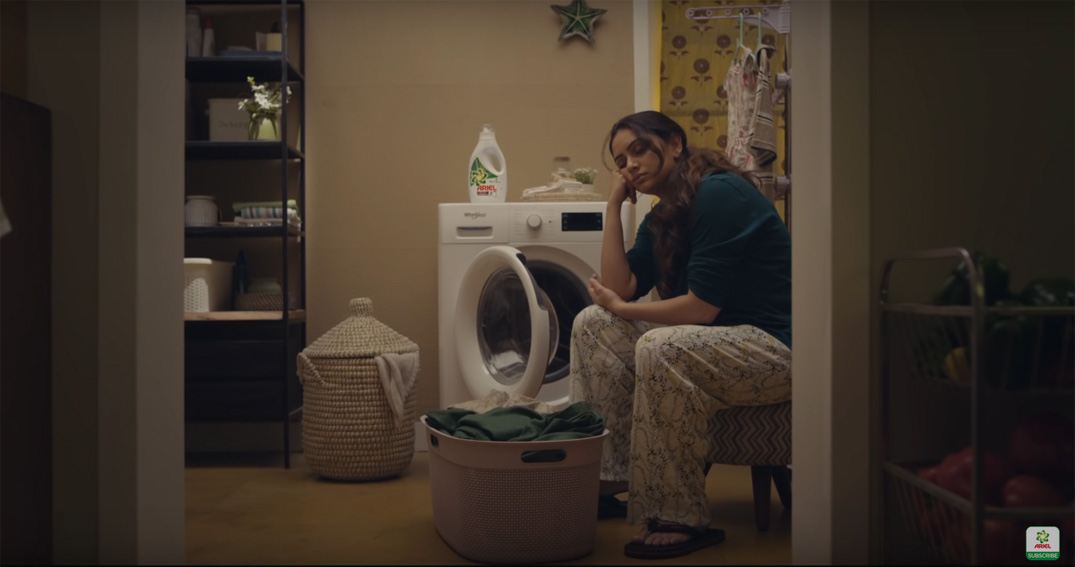