Westpac: Baker of Beirut
DDB Sydney
Drawing on the brand’s promise to help Australians in the moments that matter, Westpac launched the next phase of its Help campaign with a focus on providing much needed support for small business owners across Australia. Set to the soundtrack of The Masters Apprentices classic Because I Love You remade by Amy Shark, the campaign tells the story of a couple who have emigrated to Australia and open a small business out of necessity, but grow to treasure it for the life and opportunity it gives their family.

McDonald’s: Almost Home
DDB Sydney
‘Almost Home’ forms part of Macca’s most recent brand campaign that celebrates the unique role the restaurant plays in everyday Aussie lives – a familiar place where people come together. Almost Home brings to life the story of a truckie and his beloved companion, Louie, who is always by his owner’s side. Their bond, their shared experiences and their journey demonstrate the fact that no matter where you go, whether you are home or away, there is a Macca’s along the way.

The Red Cross: Burnt Christmas Tree
DDB Sydney
In December 2019, the bushfires cast a shadow on what should have been the most festive time of year. To show the human cost of this devastation, but importantly hope for the resilience and recovery of our communities, DDB Sydney and The Red Cross designed and built a burnt Christmas tree in Sydney’s CBD. The twist in the traditional symbol of giving and joy helped capture people’s attention and provided them with an easy way to donate that led to tens and thousands of dollars being raised.

Foxtel: Grave of Thrones
DDB Sydney
The premiere of the final season of Games of Thrones presented an opportunity to capitalise on the global hype surrounding the show and also a chance to position Foxtel as a brand with cultural relevance. DDB Sydney created a one-off experiential event to mark the occasion in the form of a 2000 square metre cemetery where more than 30,000 fans of the show visited the graves of characters. The event generated 350+ global news stories and increased searches for Foxtel by 300%. 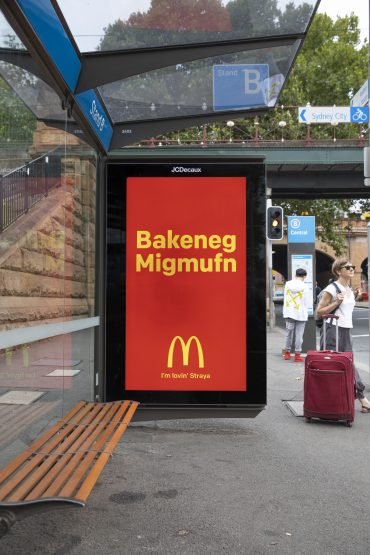 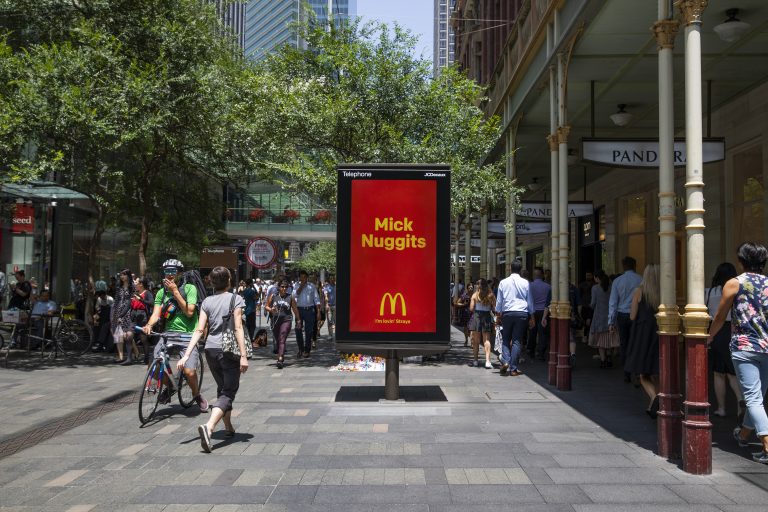 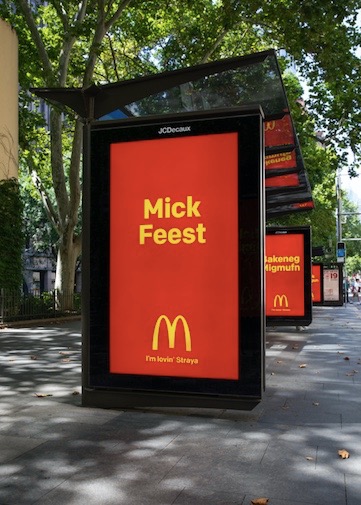 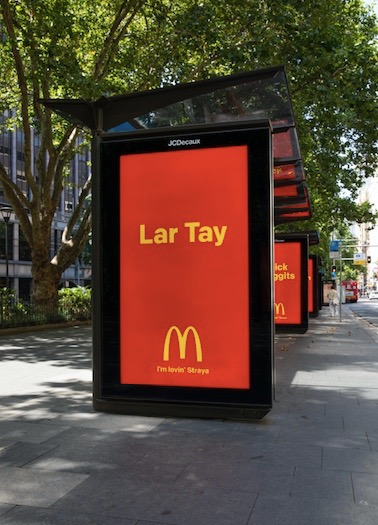 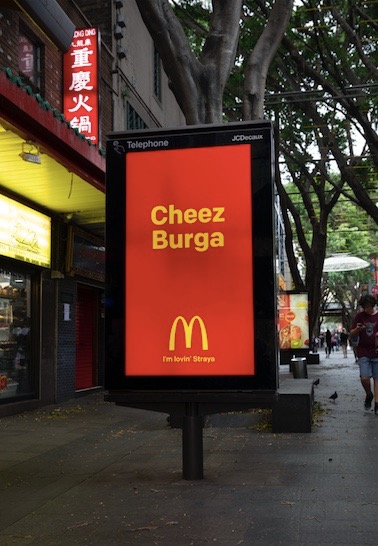 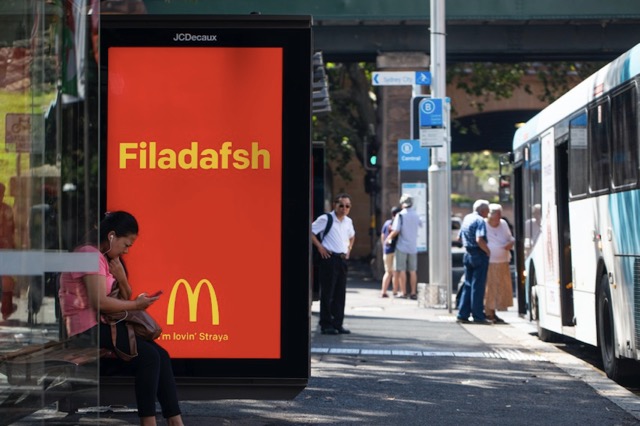 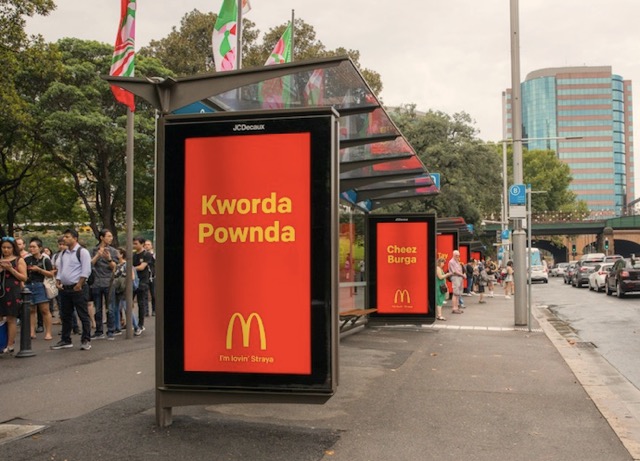 McDonald’s: ‘Straya
DDB Sydney
To coincide with Australia Day, Macca’s celebrated Australia’s iconic colloquialism by changing the spelling of their menu items to match the country’s unique use of the English language. Across the nation, posters pay tribute to the Aussie take on classic Macca’s menu items, inviting people to celebrate with a Bakeneg Mugmufn, Lar Tay or a Filadafsh.

Virgin Australia: Up, Up and Toupee
DDB Sydney
Virgin Australia and DDB Sydney set out in 2019 to put the joy back into flying with a charming brand campaign that centred on a very unlikely character; Wiggy.

Westpac: Separation
DDB Sydney
In 2019, Westpac launched the most poignant iteration of its help campaign via DDB Sydney, focusing on an issue many Australians face – separating from a partner. Drawing on the brand’s commitment to helping Australians in the moments that matter, the campaign depicts the story of an Australian family going through a separation from the perspective of a young boy helping his parents navigate a difficult time in their lives.

RMHC: Real families
DDB Sydney
Ronald McDonald House Charities told the emotional stories of six real families whose lives have been impacted by the illness of a child through a powerful campaign developed by DDB Sydney. The campaign highlights the importance of everyday family life when a child is undergoing treatment for a serious illness.

The entry deadline for Campaign Brief’s The Work 2020 has now closed. Entries are FREE with only an acceptance fee charged for those that make the cut.