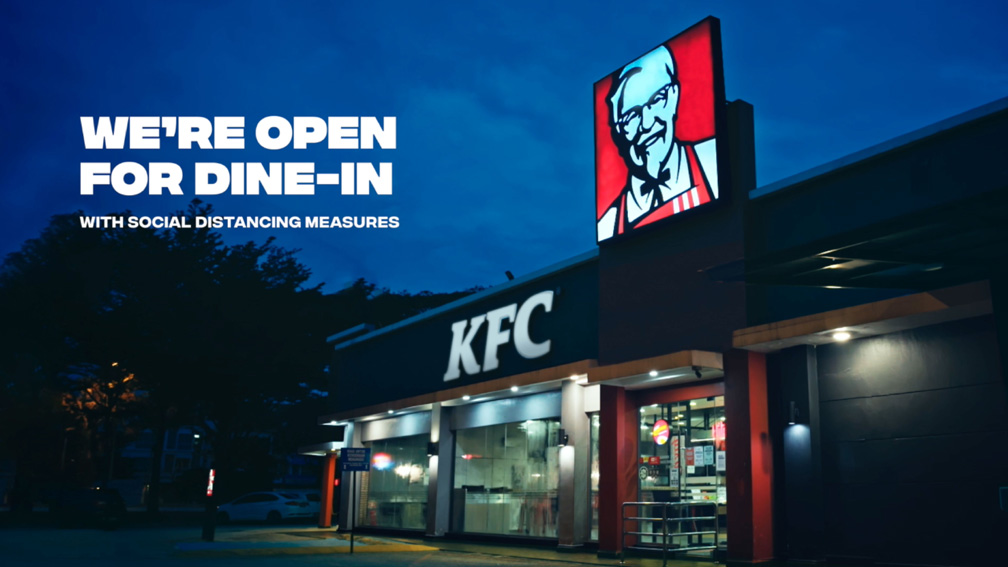 Naga DDB Tribal Malaysia and KFC have launched a specially curated 86-track playlist titled ‘KFC You Soon’ to serenade customers back to its stores.

The 86-track playlist commemorates each day the dine-in service was unavailable. The playlist aims to tell customers how much the brand has missed them.

The sounds of laughter drifting from table to table. The iconic brown trays and sauce dispensers. The irresistible smell of freshly prepared KFC Chicken. KFC fans can now experience them in a KFC restaurant once again, as the brand has reopened its doors for Dine-In (with social distancing measures in place).

“Over the past few months, restaurants have generally been quiet and lonely. If the tables, chairs, trays and sauce dispensers could speak, they would probably tell people how much they’ve been longing for their presence,” explain Creative Directors Jeremy Yeoh and Suryadipura Salleh on the thinking behind the idea. “As KFC reopens its stores for Dine-In across the country, the team came up with the idea of serenading people back through song instead of doing the regular announcement.”

To promote the playlist, a dedication video was launched. It features a lonely KFC store pining for the return of its customers, serenading the viewer with popular song lyrics that convey its yearning.

LISTEN TO THE PLAYLIST