Sean Boyle: The Most Important Advertising Film Ever, Was Made During the Pandemic 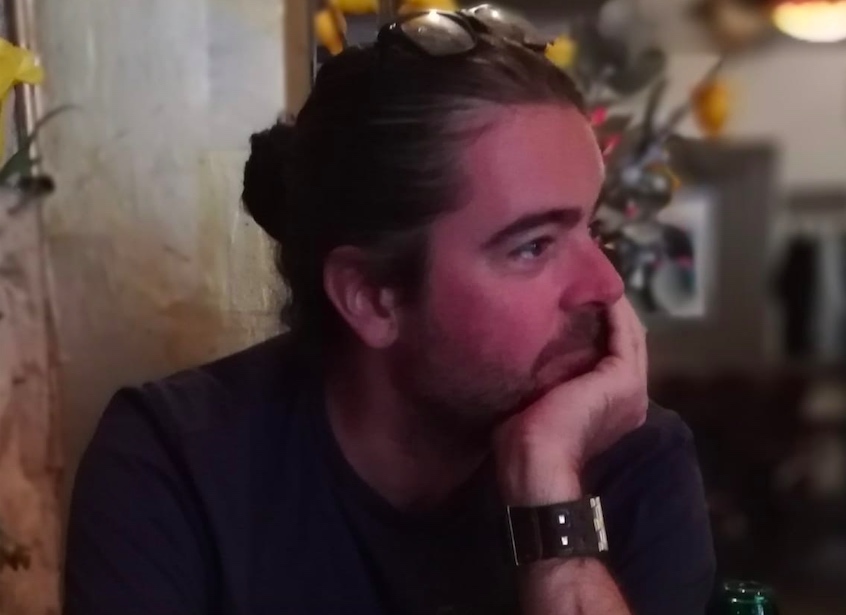 The billions of microscopic, bouncing blobs of horny RNA zombies were good for one thing at least: for it was during the slamdemic that probably the greatest piece of advertising film of the last three decades was created. Although this ‘spot’ featured the work of many of the world’s top brands, it was in fact made by none of them.
Somebody with a day job in ‘digital marketing’ created it.
Somebody with the moniker, Microsoft Sam.
Somebody who apparently likes to cobble together YouTube content as a hobby.
Mr. Sam produced the masterpiece – “Every Covid-19 Commercial is Exactly the Same”.
It is a thing of great wonder.

It is a film that succinctly and beautifully captures the bullshit, faux-sincerity and out-of-touch-ness of today’s advertising and marketing. The world’s biggest brands – Apple, FedEx, Budweiser, Facebook, Hyundai, Toyota (et al) – all suddenly had to produce work to exactly the same brief: (something like) keep us relevant and ‘concerned’ during the lockdown. (Kinda like The Super Bowl, except with disease, death and plague).

And every single one of them did what they always do…they did the obvious…the derivative…the cliched…the lazy…the ignorant. They copied each other. They basically made expensive wallpaper, which is all they know.

And, to a (mainly) white, cis-gendered man, they all doubtless knee-bumped and standing-ovationed themselves around socially distant mahogany boardroom tables at the unveiling of each film; wallowing in things like its ‘emotional resonance’ and ‘bold cultural diversity’.

And this isn’t just the opinion of this washed-up adman. This is research folks (and who amongst you doesn’t like research…eh?) The italicized quotes throughout this post are all gleaned from the comments section on YouTube (where it has garnered over 1.6m views). This is the bit where the very people you are trying to speak to, yet again turn around and, en-masse, laugh in your faces and ridicule you and all that you do and stand for.

And you?
Full of your own self-importance, you scoff and make your excuses to protect your own.
All mere water off the back of your inner hack.

Most of the people who now run and create advertising, genuinely have no idea what they are supposed to be doing. They do not know how to ‘do’ advertising properly, and as a group, have all learned to circle the wagons and defend the business to the hilt from anyone who might dare to question things.
Every COVID-19 ad is exactly the same.
Just the way most every car ad is exactly the same. Every washing powder ad. Every beer ad.
Every mobile phone ad.
Every client is exactly the same. Every uncreative-creative director. Every thick, fawning account person.
Every over-thinking planner.
Every orthodontically immaculate managing director.
Every toady chairman.
Every staff-shafting accountant. Every back-stabbing HR person.

The business contracted its own incurable virus many years ago and is now rotten to the core.
It is run by fear of doing things differently…of standing out.
Bereft of genuine ideas and creativity.
It treats its consumers as idiots today, more than it ever did.

We have arrived at algorithmic advertising before the algorithms have even had a chance to take over.

If everything is terrible, then nothing is

What if instead of splurging millions on this utter dross, the world’s biggest brands instead came together as one to boost the wages of the world’s essential workers? The last three months have shown us many things, not least how utterly unimportant, over-paid and vapid our jobs are in the grand scheme of things. Many dreamers speak of new beginnings. The chance to reset whole industries. To do things better and be better human beings.
Maybe the ad industry needs to cancel its asinine “why creativity matters today, more than ever” conferences; abandon its (albeit already dwindling) fixation on award shows; and instead gather to do some genuine good for the world (and not just for gong-purposes). Put to work whatever atrophying creative minds there are left, solving big problems like world hunger, climate change, a hundred life-changing innovations that cost less than 2 bucks for the world’s poverty-stricken nations.

And look at yourself. You. Reading this. In your lockdown, $8.99 khaki chinos from Target.
Internally sneering. Go on. Off with you. Don’t you have a Zoom call to get on, or something?

During these unprecedented, challenging, uncertain times…The CB Blog is here for you…as it always has been…since the end of the last century…now, more than ever. Together.