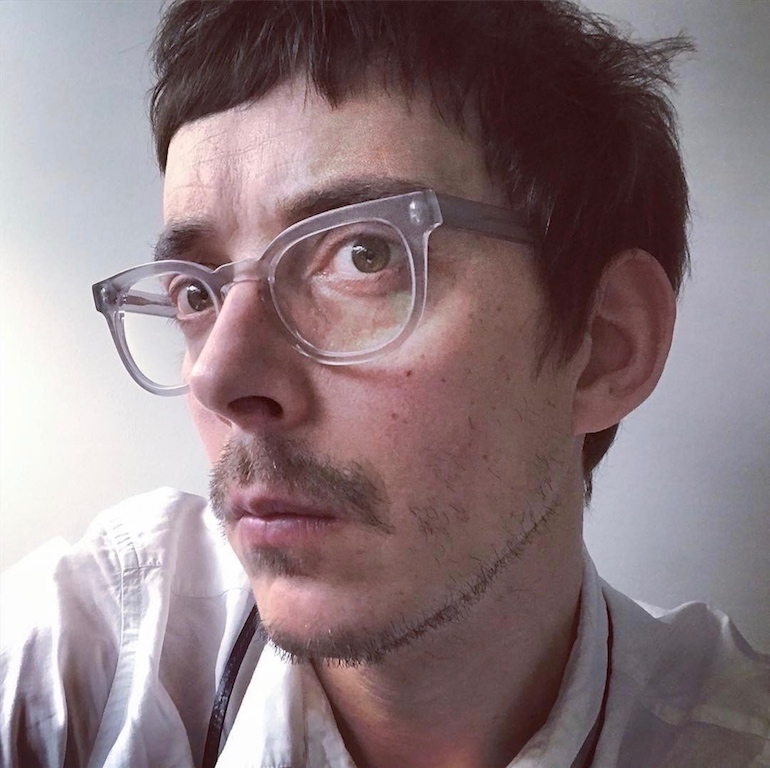 Hosking got his start directing promos for MTV both in the US and the UK, before turning his attention to his singular films occupying an alternate reality and making a name for himself with daringly funny and imaginative commercials for the likes of Comcast, Xbox, Aldi, Pepsi and Cadbury.

Hosking believes that a good film can be any kind of film, as long as it is a pure expression of something genuine. His first feature, The Greasy Strangler (2016), is both a sweet and sad treatise on father/son relationships, and a cult-classic in the making about a grease-encrusted maniac who murders the innocent. The New York Times called it, “just maybe the weirdest movie ever.” Shot in LA, it premiered at the Sundance Film Festival, and won Best Comedy at the Empire Magazine Film Awards, as well as The Discovery Award at The British Independent Film Awards.

Hosking’s second feature film An Evening With Beverly Luff Linn also premiered at the Sundance Film Festival, and it stars Aubrey Plaza, Jemaine Clement, Matt Berry and Craig Robinson. Peter Bradshaw, reviewing the film for The Guardian, described it as, “an entirely ridiculous shaggy-dog story, a comedy salted with strangeness and seasoned with surreality… it is very funny, and the song about football referees is quietly amazing.”

Most recently Hosking turned his attention to TV, and created Tropical Cop Tales for Adult Swim, a surreal, genre-bending, psychedelic take on the cop procedural and possibly the most bizarre show on the home of out-there TV.

Says Edward Pontifex, managing director at Sweetshop Australia: “Jim’s work is utterly unique. Over the years he has managed to push the boundaries of comedy like no one else with his unusual characters in their absurd worlds. We are really looking forward to being involved in creating even more memorable campaigns with him.

Says Hosking: “Hello everyone. I’m excited to join the team at Sweetshop. I love to make distinctive, memorable work with striking characters and unexpected humanity with some finely calibrated nuanced top-secret oddness. Luckily that’s exactly what Sweetshop want me to do, so hurrah for that.”