Lemonade Malaysia has collaborated with SP Setia Berhad Group to release this film starring Jenn Chia aka Auntie Siow, one of Malaysia’s most notable content creators and online personalities.

Jenn Chia went live with the film on 12th August, amassing half a million views in just two days. Starring one of Jenn Chia’s most loved alter-egos, Auntie Siow describes herself as the “Number One Property Agent” as she casually introduces key features and visual elements of Setia City Residences all over greenscreen whilst keeping her over-the-top aunty personality.

Originally meant to be a full-scale production in one of SP Setia’s showrooms, Chia and the Lemonade team devised an alternative creative solution during the global COVID-19 pandemic.

“With no location to shoot and the health threat of the pandemic, my team and I were about to pass up this opportunity. But Lemonade and SP Setia were willing to wait and try again when the MCO restrictions loosened,” says Chia.

The simple yet eloquent, Malaysian pun-filled video went viral, becoming one of Chia’s highest performing branded content, trawling engaging comments from viewers noting it as “the only property ad they’re able to watch from start to end”, with some saying it’s the only ad they don’t mind watching again and again.

“As a content creator, it’s always a challenge and a goal to produce something fresh, fun, and authentic to my brand (in this case, Aunty Siow). I was thrilled when Lemonade told us that SP Setia wanted to give Auntie Siow a shot, willing to break the rules of typical property videos” adds Jenn.

Lemonade pushed for the tie-up with Chia to SP Setia, believing it to be an excellent opportunity for the property developer to step outside their corporate comfort zones and leverage on both Jenn’s influence as well as her out-of-the-box creativity to bring more eyes and ears to the brand.

With back-and-forth conversations taking place as early as October 2019 between SP Setia, Lemonade, and Chia’s team, Chan and the team believed that this collaborative effort would succeed and keep the momentum going despite the various changes impacting the digital advertising industry during the COVID-19 pandemic.

Chan said: “It was not an easy feat, but the overwhelming response is why we continue doing what we do here at Lemonade – as we like to say “when life gives us lemons, we make lemon…meringue pie.”

Tan Siow Chung, Divisional General Manager of SP Setia Berhad Group, said: ”Jenn Chia is one of the pioneer ambassadors of the #StandTogether campaign co-initiated by SP Setia and The Star back in 2018. She has since been a strong supporter of the Kindness campaign, targeting all Malaysians especially school-going children. Additionally, we are glad to have collaborated with the fun side of Jenn and watching this synergy produce such a meaningful outcome as it gives purpose to what is being done for all parties.” 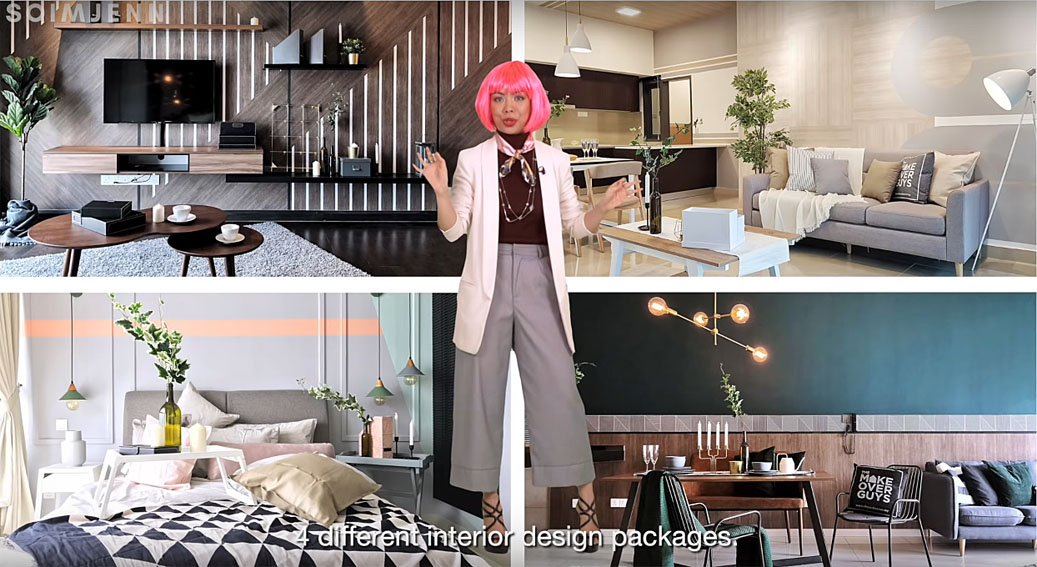