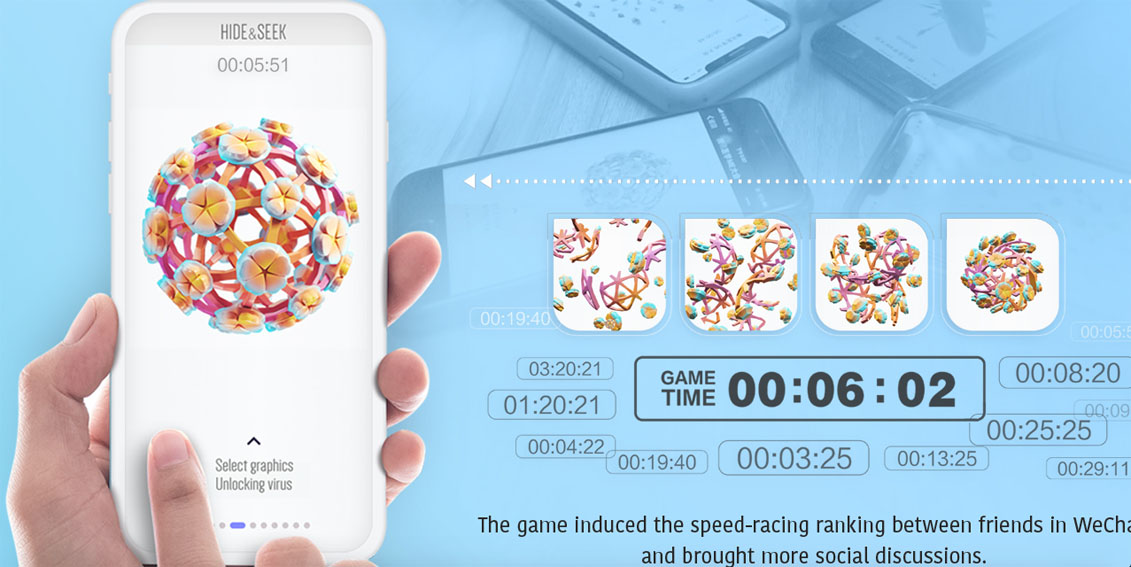 Tencent Medipedia is an online content platform, which provides scientific and reliable medical knowledge for internet users. However, after going online, it couldn’t attract consumers’ attention. Tencent/Shanghai G11 Advertising found that the general public feel that the medical science knowledge has nothing to do with them. So how do they attract their concerns to make medical science knowledge more widely discussed and disseminated.

To achieve exposure Tencent/Shanghai G11 Advertising created a H5 game ‘Hide and Seek’ with the 10 most influential world-wide viruses in history hidden in the game. They redesigned them artistically based on real virus structures and re-presented them to the public, so that the mysterious virus is no longer mysterious. People can stitch the pieces together and find antidotes of virus according to the game tips.

Through this interactive way, Tencent managed to interest people to have a curiousity about medical knowledge.

Tencent launched a game challenge on the WeChat social platform.

The Tencent Medipedia APP has two platform systems, one in the Apple Store and the other in the WeChat system. This communication mainly focuses on the promotion on WeChat users. So the growth of 4.5 million users comes from WeChat, not from the Apple Store system. 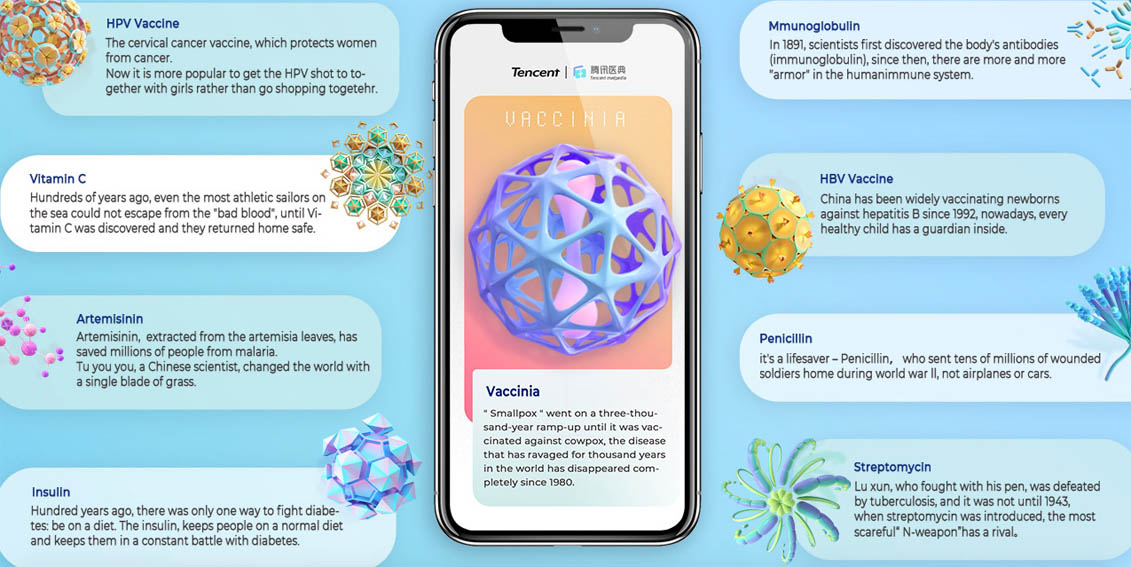