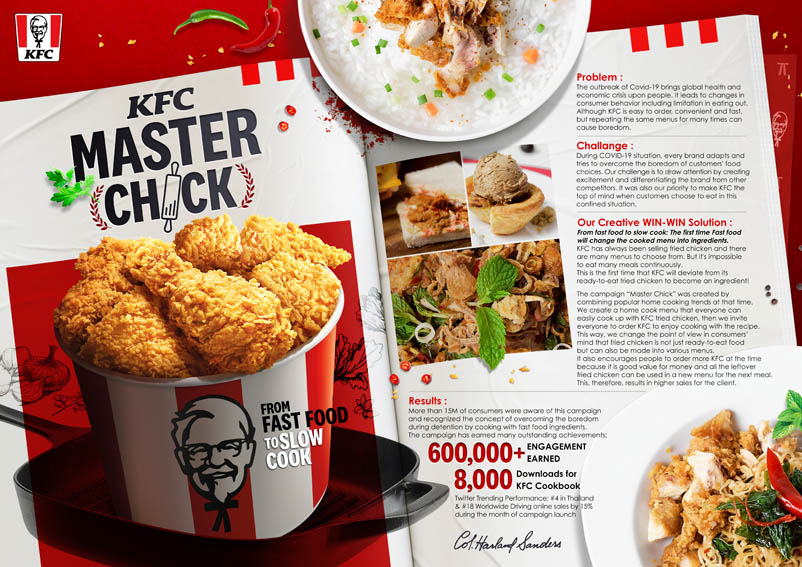 As we all know the Covid-19 pandemic caused a global health and economic crisis which lead to changes in consumer behaviour especially in terms of eating out. Brilliant & Million Bangkok was tasked with creating excitement and drawing attention to KFC in a different way to their competitors.

To make KFC top of mind when ordering out, Brilliant & Million Bangkok launched the ’Master Chick’, a campaign that leveraged KFC special deals and created a wider variety of menus to keep things interesting for the customers rather than consistently choosing between the same special deals or promotions.

The campaign earned 600,000+ engagements online and lead to a raise in online sales by 15% during the month the campaign launched. Customers where also invited to download The KFC Masterchick cookbook online so that they could make your own KFC meals at home. 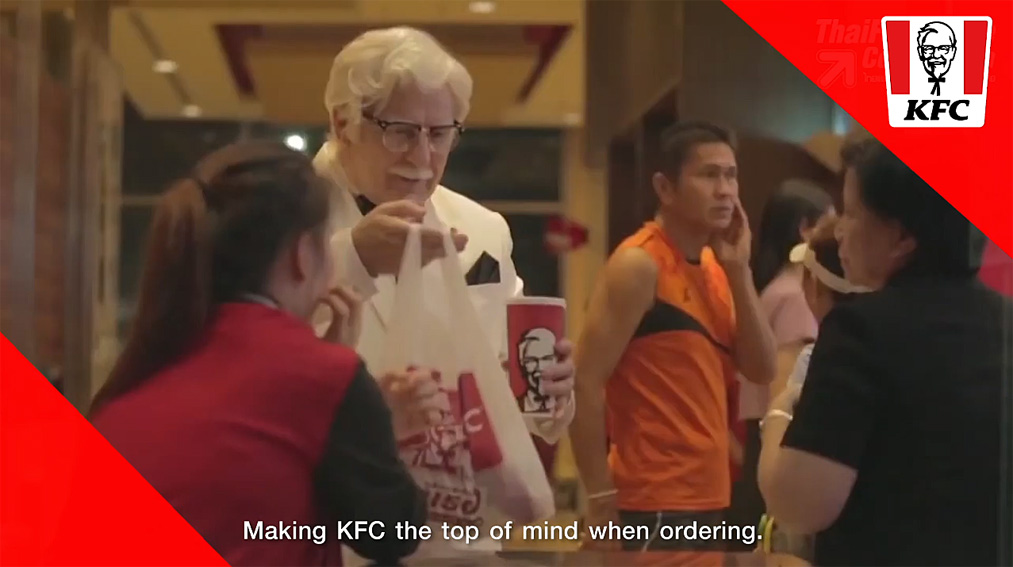 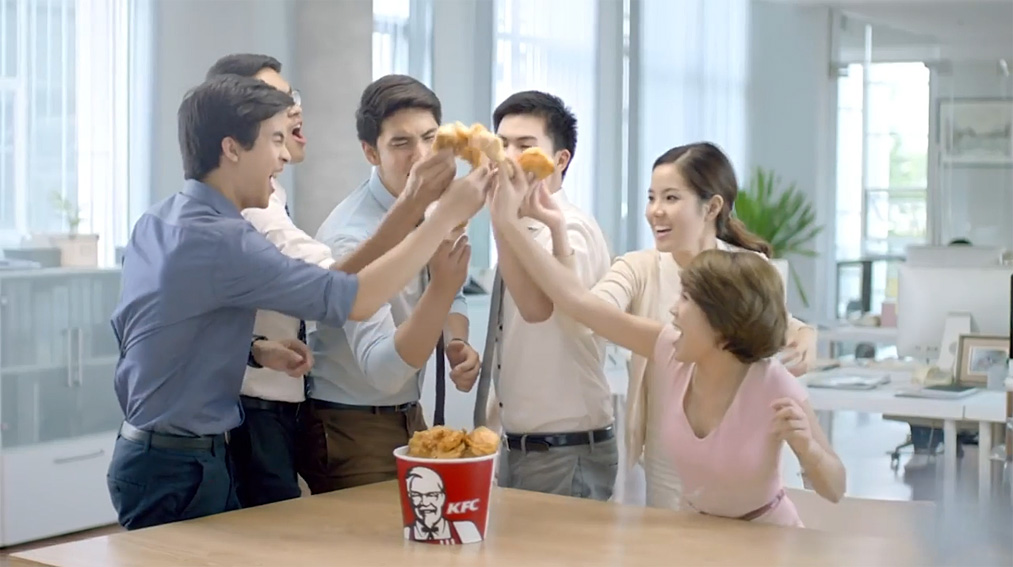