How Marcel has saved over 2,000 Publicis Groupe jobs throughout the pandemic 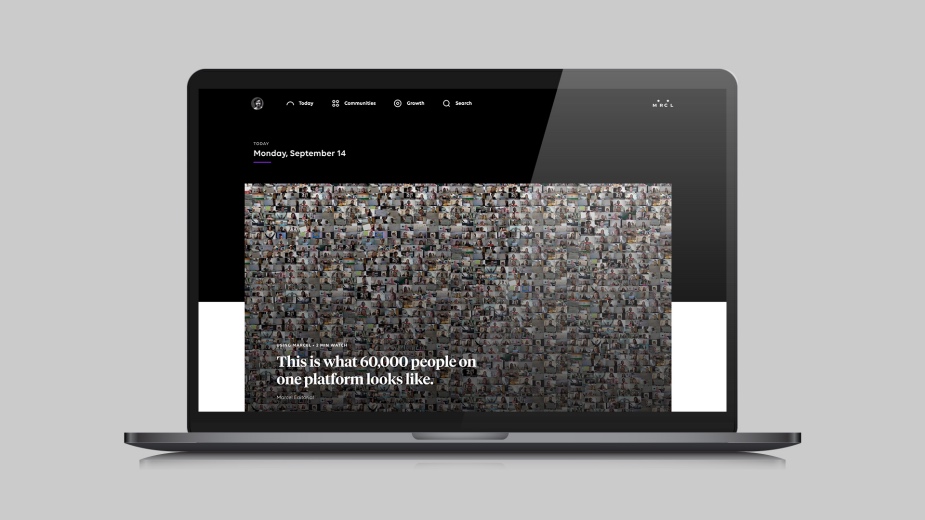 “If we didn’t have Marcel right now, we would have had to invent it right?”

Dawn Winchester is president of Marcel.ai at Publicis Groupe and 2020 has seen the holding company’s high-profile digital transformation project that she’s been leading truly put to the test. The promise of Marcel was a decentralised, interconnected workforce, able to contribute on any project from anywhere in world – and an employee-centred UX that would support people in their careers and as they navigated the challenges of work. The platform was first announced, infamously, in the middle of Cannes Lions 2017 to a mix of curiosity and cynicism. It’s been quietly, powerfully helping the Groupe connect on pitches and briefs – but then Covid-19 happened, and it was do or die.

“The early days of the Covid experience, for so many of us, were just so surreal. They happened so quickly. We found ourselves distributed in 80,000 home offices and kitchen tables around the globe,” she says.

The Marcel team had to scramble, responding to the immediate needs of Publicis Groupe’s people. They had been working towards an Autumn launch of a suite of new features and global rollout, but suddenly features and tools that once felt cutting edge and urgent were sent to the back of the priority queue.

Carla Serrano is Chief Strategy Officer of Publicis Groupe and Chief Executive Officer of Publicis New York – she’s been intimately involved with the Marcel journey since 2017 and she was able to see that fast action upfront. “I think the thing that the team’s done incredibly well is they pivoted very quickly because there were certain features pre-Covid that we were planning on rolling out that seemed really important, that then kind of got shelved to the back because there were things that were pretty basic about working from home and sort out distribution and content and community that were much more important,” she says. (In a feat of fateful timing, the peak of the Covid code red response, saw one member of the Marcel team, the COO juggle a litter of six shiny new puppies too – Carla’s tickled that one of them is named after her. Dawn too. And there’s a little Arthur too.)

Throughout the crisis, the holding company’s CEO Arthur Sadoun has reiterated that looking after Publicis’ people has been one of his three key priorities. And Marcel quickly came into its own, helping people with the technical challenges of working from home and creating complex projects between remote team members – as well as the emotional and practical needs. In Spring, early in lockdown for Publicis Groupe’s contingent in Europe and the Americas, Marcel hosted mental health and wellness workshops with Headspace.

“We did that in a very light touch way, but it became obvious that it was a real rallying point for the organisation. It was our best day on Marcel at that time,” says Dawn. “We got huge participation, huge signups. We coupled that with webinars and content and podcasts and as a of a wellness push overall.”

The key driver here was Marcel’s ‘Gigs’ platform. Prior to Covid-19, Marcel hosted an internal job mobility platform that allowed people to change agencies, move to different markets and stretch their skillset. Suddenly, as some Publicis agencies and markets found themselves working harder and faster than ever to respond to coronavirus, others were experiencing a slow-down as clients in the hardest-hit sectors, like travel, were paralysed. Gigs allowed those overstretched agencies to post jobs and requests, making use of talent that had time on its hands, rather than farming out to local freelancers.

“I think the other real innovation is that in the past that would have been handled on spreadsheets by a small group of talent people. But in this instance, what we did is we actually took those gigs in a really transparent way directly to our people,” says Carla.

Dawn also adds that the ability to retain that number of talented people puts the Groupe in a strong position moving forward. “Obviously, we feel that’s going to make us stronger as we rebound as well,” she says. “We’ll have that talent as part of our company, we won’t necessarily be on the back foot to bring new people in.”

Covid-19 hasn’t been the only disruptive force that the ad industry has had to face up to in 2020. The platform has also helped the holding company respond to the changing social climate. Following the murder of George Floyd and the resurgence of the Black Lives Matter movement, the industry was forced to acknowledge its own poor track record on diversity and inclusion. Publicis Groupe sprang into action on Marcel, hosting Pause for Action for its North American companies. The event hosted six hours of content, was virtually attended by 18,000 people and generated over 7,000 suggestions about how the company could institute genuine change. Those have since been refined down to a seven-point action plan that’s been agreed upon by the board.

Following the success of Pause for Action, Marcel then hosted a global event for Publicis Groupe’s LGBT+ network, Égalité. And then came the most ambitious piece of programming – the Cannes Do Award. That Groupe-wide award show hosted and entered and judged via Marcel, with a cheeky award show in the Palais du Festival in Cannes on what would have been the Friday of this year’s cancelled Lions (read more here). In the middle of the summer months, the company hosted a round table event with the Groupe’s leadership, which 22,000 people tuned into.

“I think each one [event] that we did on Marcel naturally informed and fed on the next one, and each one actually has become the milestone of the most visited or most active day on Marcel,” reflects Dawn. 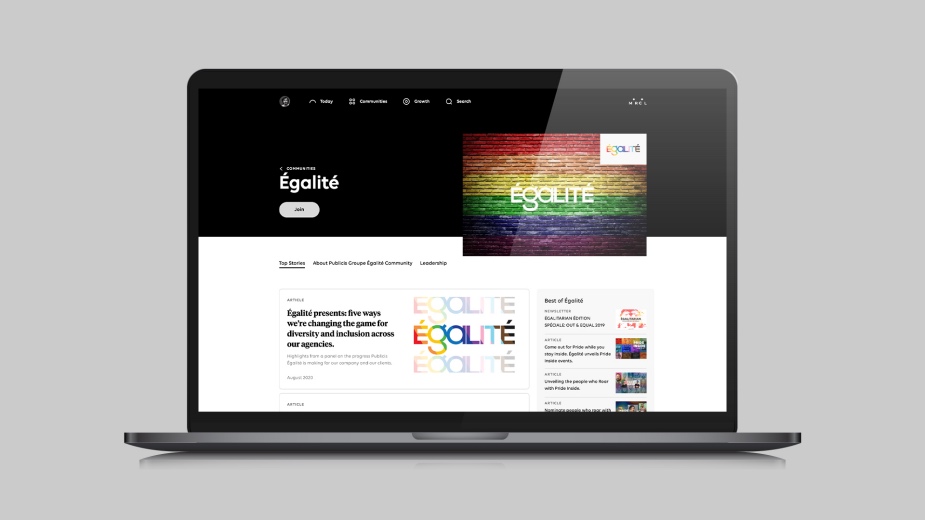 It’s not just content and employee engagement – Marcel has also supported the hard graft of winning pitches and coming up with ideas. Even before Covid-19, the open briefs had started to change the minds of even the most techno-sceptic creatives in the Groupe. Live briefs can be shared with 63,000 Publicis people across the globe and across specialisms. Dawn calls it a ‘secret sauce’ and notes that for one recent mid-lockdown pitch to a large shipping company, they were able to generate 60 ideas in three days.

Now that Marcel has had the chance to demonstrate the extent of its potential and it’s been shown to work at scale, the AI platform has shown itself as not only an impressive feat of large-scale digital transformation, but a calling card for Publicis Groupe as it goes head to head with the big consultancies. As businesses in all sorts of sectors have had to accelerate change and are looking ahead to an uncertain future, there will likely be a few who fancy a Marcel of their own, or something like it. Continue reading on LBBOnline…