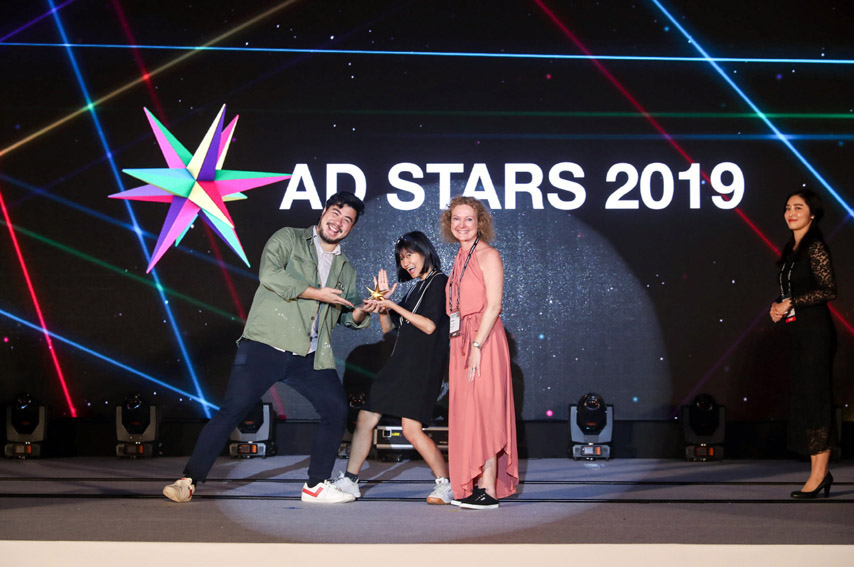 AD STARS is now searching for its New Stars of 2020, so Campaign Brief Asia caught up with Zach Lim and Villarica Manuel, last year’s Gold-winning New Stars to find out what they’re up to one year later.

In August 2019, Zach Lim and Villarica Manuel travelled to Busan, South Korea to take part in the New Stars program, a competition for junior creatives that is held annually as part of the AD STARS festival. They represented Wunderman Thompson Philippines: Villarica still works there, but Zach left the agency last year to work abroad.

Thirty-three teams had 30-hours to come up with a social media promotional plan to attract more international tourists to Busan. Lim and Manuel’s campaign, ‘BusanWave’, won Gold. It’s an idea they love so much they continue to play around with it, even now, creating BusanWave tracks on Soundcloud and YouTube.

What is your favourite memory of the New Stars program in Busan last year?
Our favorite part of the competition was definitely the public review of all the work. It was a lot of fun seeing all the entries. We always love looking at case studies from different countries so to have a front row seat at how other young creative brains aside from ours was a real trip. It was so interesting seeing how different teams worked across different cultures. The variety of perspectives was crazy. We were jumping at every entry. Not just that but we got to hear the jury dissect each entry. They showed us a jury actually works. It was great. 7/5. Would recommend.

What was the hardest part of the competition, and what did you learn?
The hardest part of the competition was processing the brief and finding a direction. The brief felt so open. It felt like more of an information dump. We did a lot of research and a bit of discussion about the brief itself before jumping to the brainstorming, and that additional step really helped us in our discussion. We realized that the core problem wasn’t just that people didn’t know enough about Busan but that Busan had such a great character and that wasn’t showing. Kind of like that quiet kid in class who turns out to be really cool once you get to know him.

We knew that the best way to represent Busan was to sell it as a local and not as a foreigner. So we really spent time getting to know our product: the city. We decided to really invest the time to get to know Busan. Asides from on-screen research, we went around the city as much as we could. We swam at the beach. We walked the streets. We ate local food. Shout out to Mom’s Touch and Busan’s pork and rice soup.

What we learned from this process was that the brief isn’t a statement of the problem. It’s just a discussion of the brand information and what the campaign should be. It was up to us to find the real problem at the core of everything.

If you could change one thing about the advertising industry, what would you change?
We think that the industry would benefit from trying out smaller executions. A lot of campaigns and creative work in general rely heavily on their size. We think that there could be a way to make smaller scale campaigns that could still work as effectively if not better than large, well-funded campaigns. It’s 2020. The rules have changed so much and bigger doesn’t always mean better. There is just so much more to learn about technology and culture nowadays.

Personally, we have seen cultural movements grow from a single image online. Memes made from 3-second clips. Entire aesthetics pop up from a millisecond glitch. Sometimes the biggest trends in pop culture have come from the smallest things.

The industry has always been playing catch up with other creative pursuits and the gap has never been bigger so maybe it’s about time to rethink how we ideate and execute our ideas.

How does living in Manila inspire you creatively?
Manila is a crazy city. It really inspires us as creatives because there is such a wealth of talent outside of advertising. I think we are one of the lesser known creative cities in the world even though almost every creative “scene” is doing really well right now. There have been musicians, directors, writers, artists and more from Manila who have impressed abroad. We truly believe that Filipino creativity can go toe-to-toe with any talent from around the world. Our entry in New Stars was kind of our way of representing Filipino creativity.

Do you have a process – when do you get your best ideas?
Step by step, our process at New Stars wasn’t very different from what we do in the office. Briefing, discuss the brief, research, individual brainstorming, brainstorming as a team, execute, review. What really made the difference for us was how we went through the process.

We think the most important thing is trusting each other’s ideas and creative calls. In a young creative competition, you are your own creative directors. You have to treat each other with the same respect you would want to be treated with. Don’t dismiss ideas right away. Find what works. What doesn’t. How can it be better? And most importantly, be honest. Will this idea win? Are you both happy with this idea? Why does this work and the other ideas don’t? All of that will come naturally if you go into the process trusting and respecting each other’s points of view. When you find an insight that wins the whole team over, then you know you have something good.

Another thing that really helped us was that we weren’t at the office. Just being in a different country was so refreshing it really boosted our enthusiasm and our ideas. We’re strong believers of input=output so being in a new environment was just constant input for our creative process. So yeah. Don’t deprive yourself when you think of ideas. A change of environment will change your process for sure.

Do you have any advice for the 2020 New Stars teams?
It sounds weird but the best advice that we ever got was, “Don’t try to win the competition”. Focus on making an idea that you are proud of. The rest will follow. If you go into the competition thinking of what the jury will be looking for, you’ll come up with an idea that feels safe or expected. Young creative competitions are meant to find new ideas from a new generation of creatives. It’s our best shot at showing the ad industry what we can bring to the table. So don’t overthink things and think of what you should be doing. Think of what you want to do.

I think the best proof of this is that even beyond the competition, we have been playing around with the idea of BusanWave. We’ve actually made a soundcloud for it as well as some videos on YouTube just like we described in the execution. We play around with it every now and then. That’s just out of a pure love for the idea. In the end, an idea we wouldn’t mind executing in our own time is the best thing we could have hoped for. So don’t stress it. Trust yourself as a creative and show an idea that you would be proud of whether you win or lose.

AD STARS is now looking for its New Stars of 2020. The brief is to suggest campaign idea/s to promote home meal replacement brand ‘Mitus’, and the deadline is 23rd September visit the AD STARS website for more details. 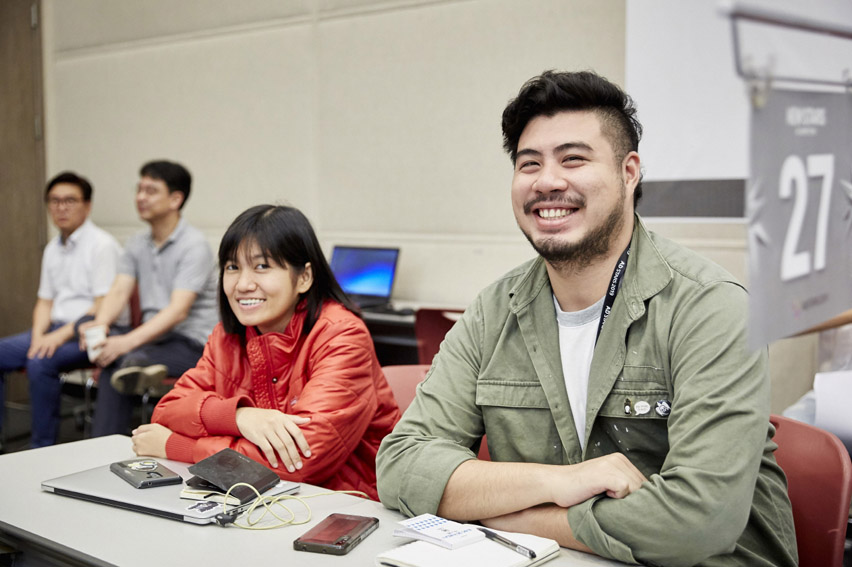