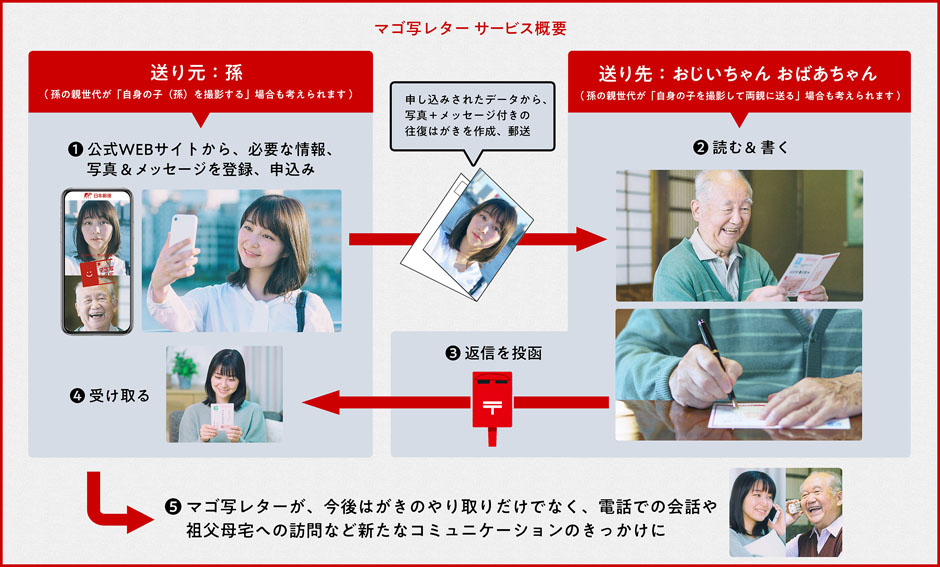 McCann Tokyo, in partnership with Japan Post have announced the launch of their latest campaign this week, launching in time for the national holiday “Respect for the Aged Day”.

The “Magosha” Letter (Mago stands for grandchild and Sha is short for photograph) harnesses smartphone technology to enable people to send a postcard featuring their favourite selfie, plus a message, to their grandparents just by registering, uploading the photo and addressing the message online.

The postal service then turns this into a physical postcard containing both the photo and a reply-paid blank postcard, encouraging the grandparents to write back. The grandparents get a picture to treasure and an opportunity to communicate with their grandchildren, keeping their minds and body healthy.

Additionally, the campaign has also received positive feedback from the medical community, as grandparents who receive a Magosha letter will “read” the letter, “write” a reply, and “walk” to the mailbox. It is believed that each of these actions has the potential to support the prevention of dementia.

As part of the research for the campaign, Japan Post used MedPeer, a physician platform operated by Medpia Corporation, to conduct a survey with 120 physicians treating patients with dementia. More than 80% of the physicians answered that “communication with family and acquaintances is thought to have a positive effect on dementia,” and more than 60% of the physicians responded that “taking actions such as seeing, writing, and walking when sending Magosha Letters naturally leads to better support for dementia patients”. Ultimately, more than 60% of physicians said that they would recommend the Magosha Letter to the families of dementia patients.

Mr. Shotaro Nakamura of Japan Post’s Digital Business Marketing Division said: “I lived with my grandparents until I graduated university and they were very helpful to me, but after I started working and living on my own, the opportunities to talk to them became more limited. I’m sure many have experienced wondering how one’s grandparents are doing, but never had the opportunity to call them. This is why we decided to create this new service. In the times that we are in, where physically seeing each other is not possible, we hope this service will become a way to connect grandchildren with their grandparents, children with their parents, and many other relationships. McCann Tokyo has been very creative in designing this product and making it a great service. We are very grateful for the opportunity to work with them on the development of the service.”

This campaign was developed by McCann Millennials, an open innovation unit of McCann Worldgroup, in collaboration with McCann Tokyo.

Ryosuke Yoshitomi, McCann Tokyo’s Creative Director, said: “This campaign aims to encourage people to connect with each other, deepening family ties and leading to better support for the prevention of dementia. The challenge was to provide a service that would appeal to both the smartphone and the analogue generations. We also hope that the smartphone-generation will enjoy receiving their hand-written postcards – a rarity in today’s world!” 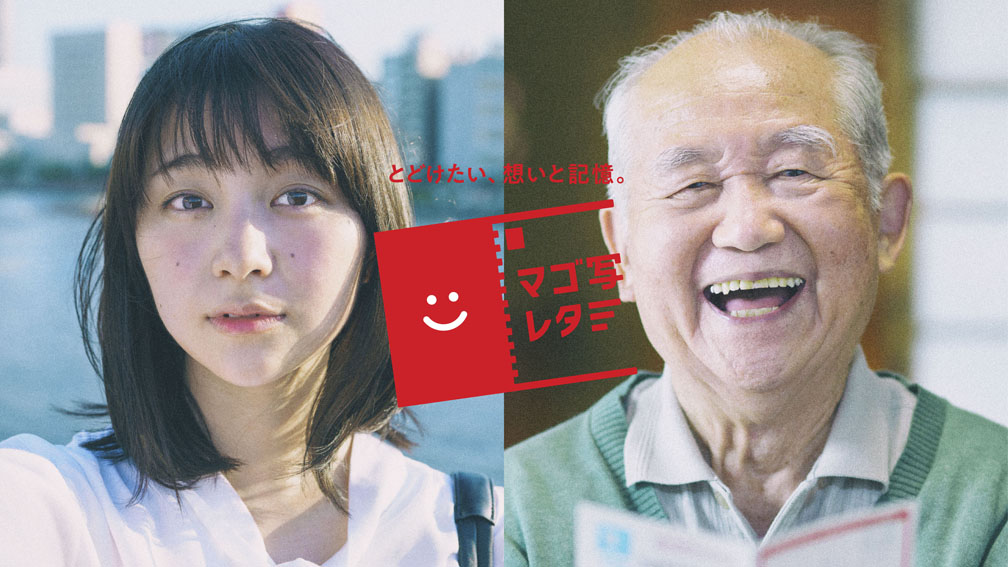