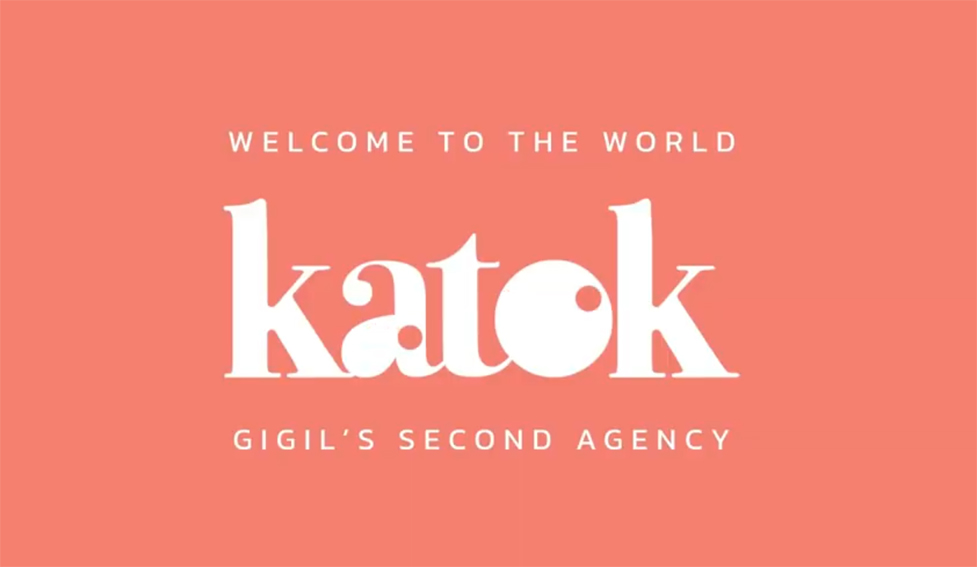 On its third anniversary, GIGIL Philippines has launched its second agency Katok. GIGIL delivered the news to the industry via a campaign on the Philippine 4As Facebook page by ‘delivering a baby’.

Taking over the official account of the Association of Accredited Advertising Agencies of the Philippines, GIGIL first announced on October 12, 2020 that the page would be the site of the first Facebook Live birth in the country. 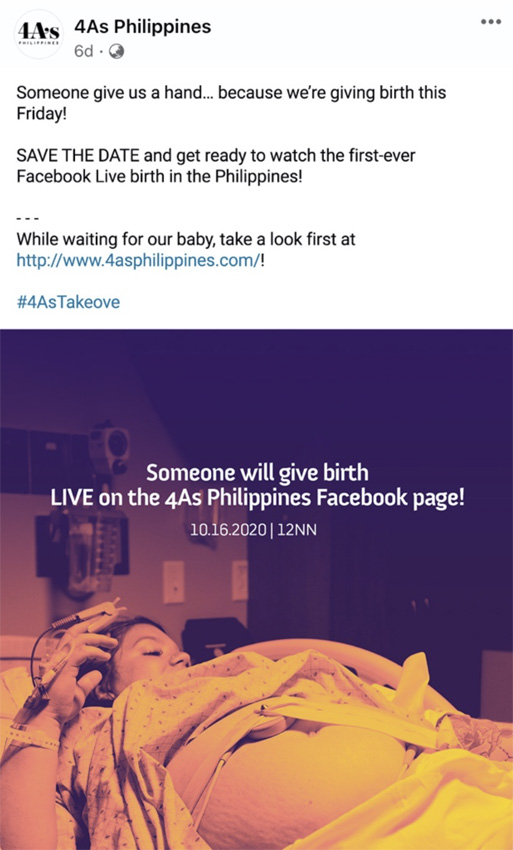 On October 14, GIGIL introduced Princess, the woman who was going to give birth on the 4As page. 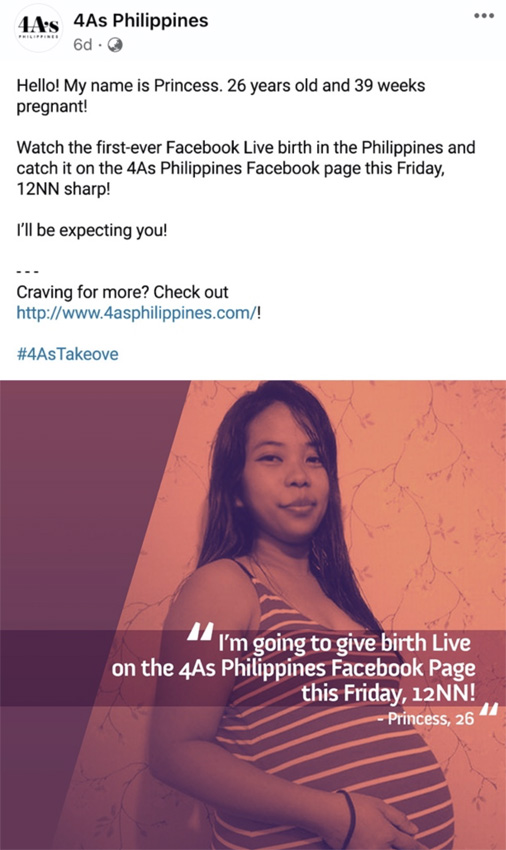 A day later, the page asked people for their suggestions on the name of the baby. 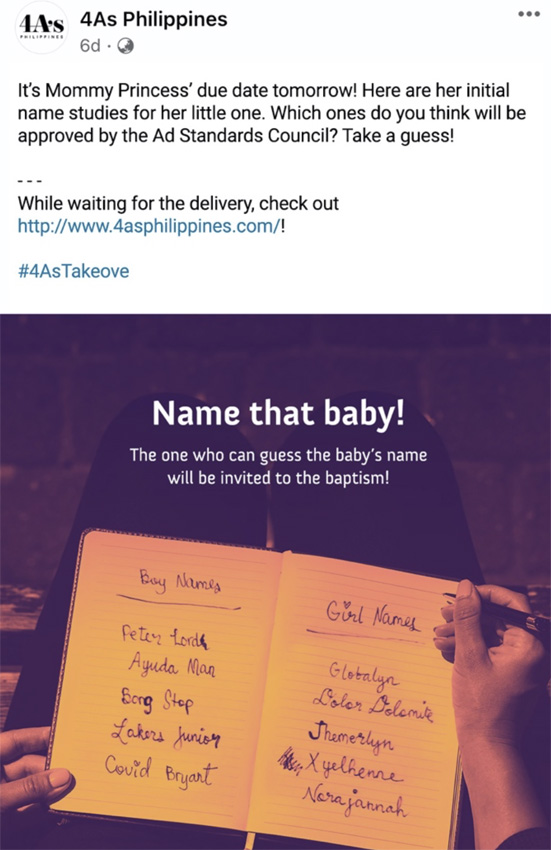 Finally, on October 16, at exactly 12 high noon, the first-ever Facebook Live birth in the Philippines happened, and the birth of the agency Katok.

“We’re proud to present our second agency,” GIGIL Managing Partner Jake Yrastorza says. “We’ve named it after the Filipino word that captures what we do—appeal to people to open their doors to our brands, in a way that’s a bit crazy for the message to stick, so people let us in.”

“We all know how important content is now,” GIGIL Founding Partner
Herbert Hernandez continues. “Katok is our content agency. Grounding entertainment, influencer marketing or technology always in an idea.”

“We’ll be collaborating with creators in Katok to come out with gripping content, and have the agility to produce them,” says GIGIL Founding Partner Badong Abesamis.