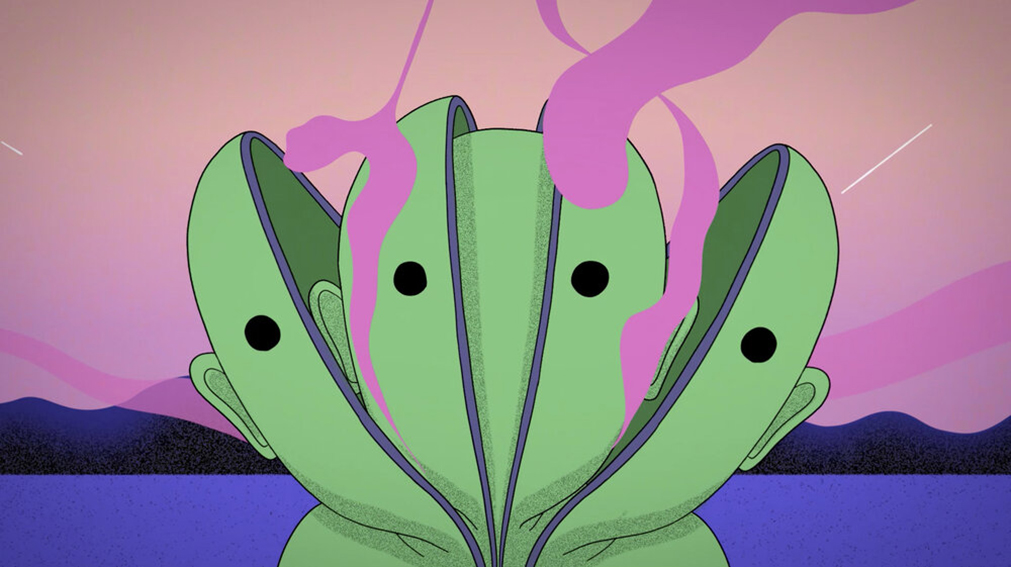 Three years since her last record, singer-songwriter Leah Dou (Katie Chan Productions Co. Ltd.) is set to release her long awaited new album ‘GSG MIXTAPE’ on November 27th, 2020. The 13-track album is like a musical diary, capturing the challenges, thoughts, hopes, and beliefs held by a 23 year old experiencing the world as it continues to unfold.

Ahead of the full album launch, the 1st Single from the album ‘GSG’ was released on TME (Tencent Music Entertainment Group) on October 29, and globally on Spotify, Apple Music, iTunes, JOOX, and KKBOX on October 30. The ‘GSG’ music video is now live on Leah’s YouTube channel, and was created and scripted by W+K Tokyo and brought to life in collaboration with London based illustrator and web comic artist Alex Gamsu Jenkins (Strange Beast). The creative team at W+K includes Scott Dungate, who recently directed Khruangbin’s ‘So We Won’t Forget’ music video earlier this year. In the first week, the video has been viewed over 2.66 million times on Weibo.

Scott Dungate, Executive Creative Director, said: “Leah’s songs are anything but ordinary. Drawing on diverse influences, the songs take you on journeys, often ending in places that are completely different to where it started. While the songs are all very different, you can always feel the curiosity and sense of exploration unfolding. This feeling was something we wanted to reflect visually. With the first release, the title track ‘GSG’, we wanted to also link the album artwork to the music video. Working with illustrator and web comic artist Alex Gamsu Jenkins, just felt right tonally.”

The ‘GSG’ animation outlines a journey of a genderless green character being reborn again and again, each time becoming stronger in character. As the character’s environment evolves and becomes more foreboding, the body splits and there is another version of itself – like a snake shedding its skin – waiting to come out and continue the journey. The further the character goes, the more surprises and struggles await. Finally, the journey ends as the character merges back into it’s original body… What did he find? Check out the video to see. 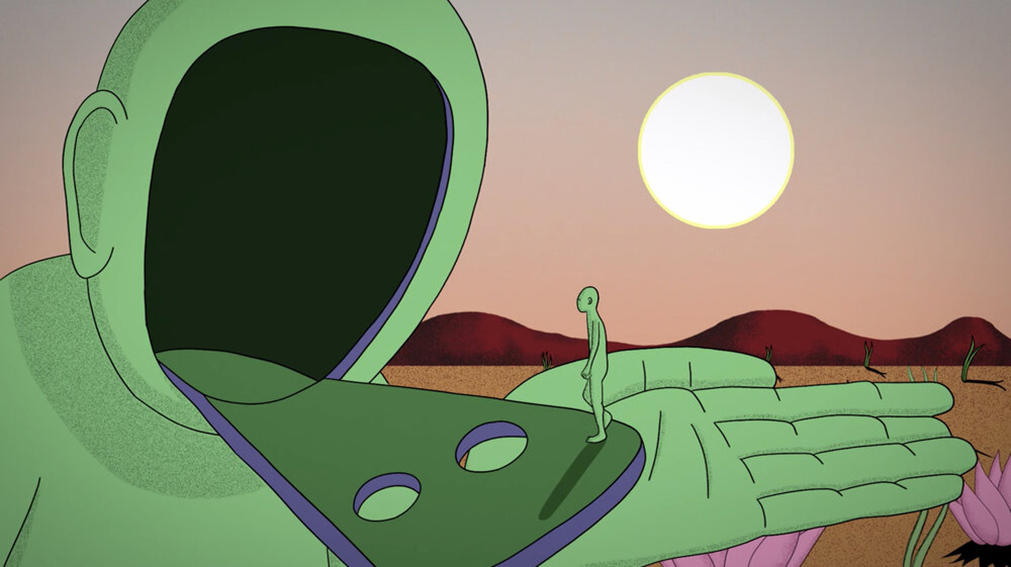 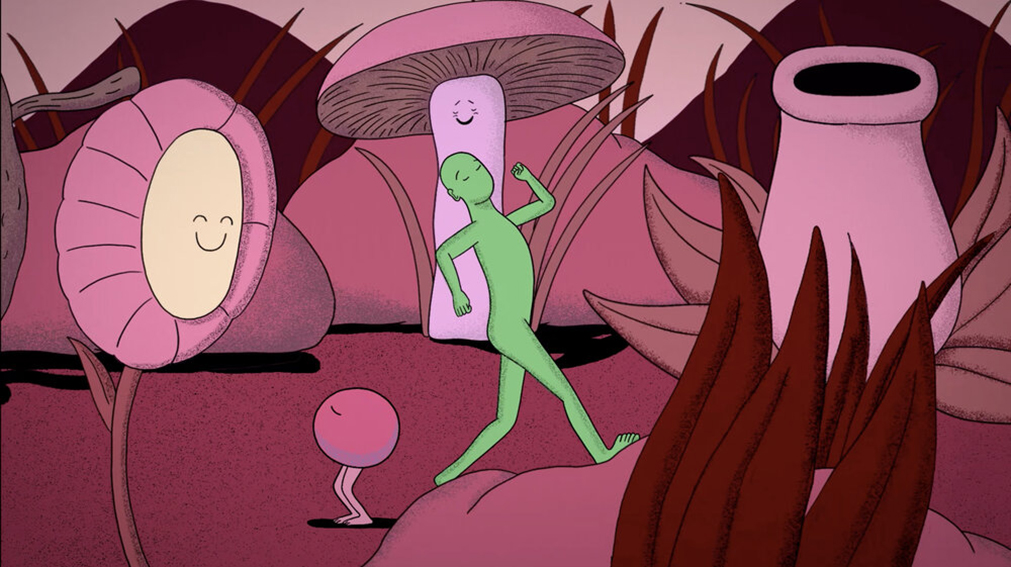