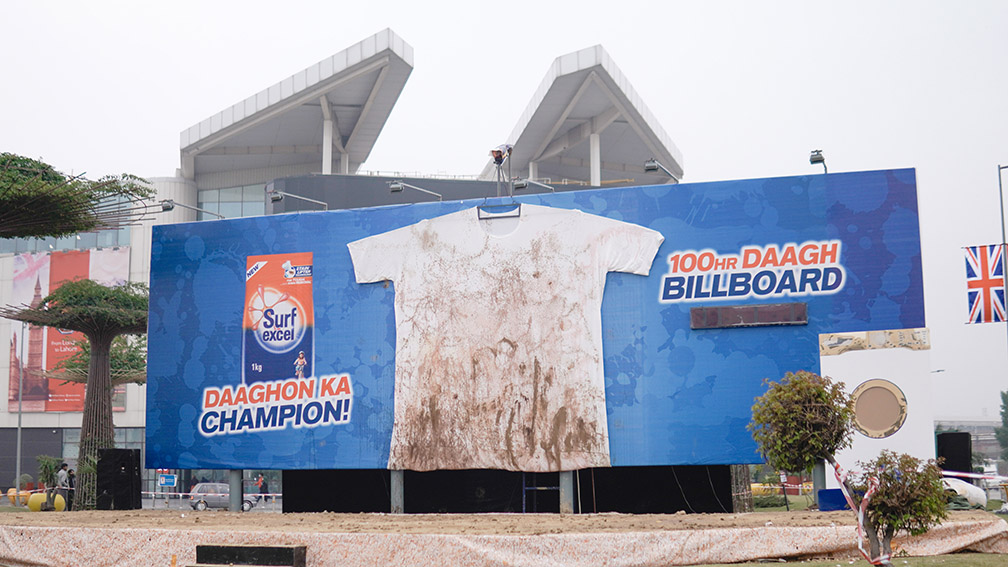 As a follow-up to their stain hijack of broadcast screens earlier this year, Surf Excel and BBDO Pakistan are back with another innovative stunt: a billboard that was washed in a live performance to drive home the announcement of Surf Excel’s product reformulation with “Stain Lifter Technology.”

Surf Excel’s enhanced variant claims to remove the toughest of stains, even those that are up to 100 hours old, in just one wash. This gave birth to the #100HourDaaghBillboard: not just any kind of billboard, but one that could be stained and then washed (Daagh in Urdu means Stain).

A giant t-shirt placed on the billboard was stained over the course of a few days by leading influencers. The billboard was screened live on Facebook, where the audience could participate by sending “staining emojis” of their choice. To further extend the awareness of the billboard, news announcements were played on national television with regular updates on the staining process.

After 100 hours of staining and letting the stains dry and become seemingly impossible to remove, the billboard shirt was placed inside a specially-built giant washing machine, with a live feed of the wash online. To everyone’s surprise the shirt was unrolled and lifted back up on the billboard. Only this time, it was pristine white, spic and span!

When asked to comment, Butool Rizvi, Marketing Manager, Household Goods said, “We wanted to tell the world how great Surf Excel’s New Stain Lifter Technology is and as they say.. seeing is believing. Hence, surpassing mere lip service, we  put our credentials on full display in front of live audiences. Risky? Not if your formulation is this great.  Worth it? Totally.”

Assuring users they could rely on its reformulated product, Surf Excel proved its effectiveness yet again, on the toughest of stains through a truly disruptive real-time demo from that ‘washed out’ all the others from competition in comparison. 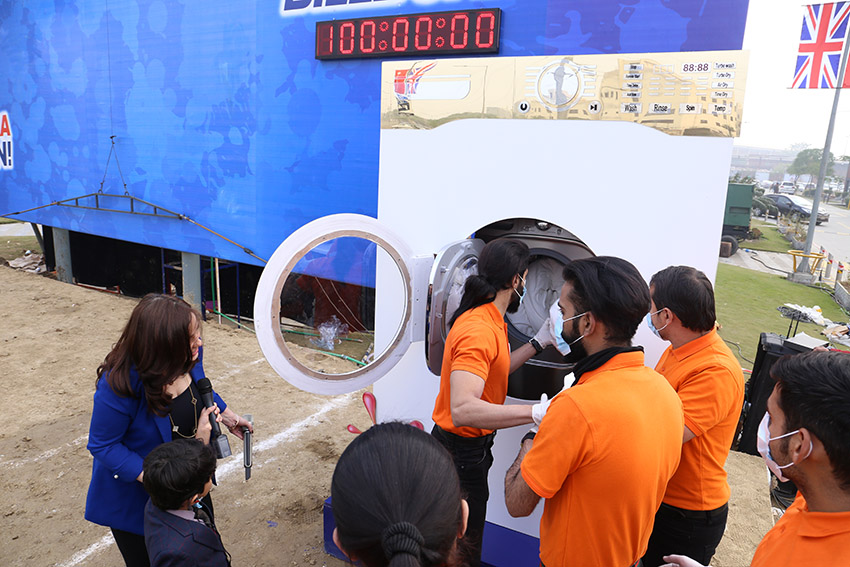