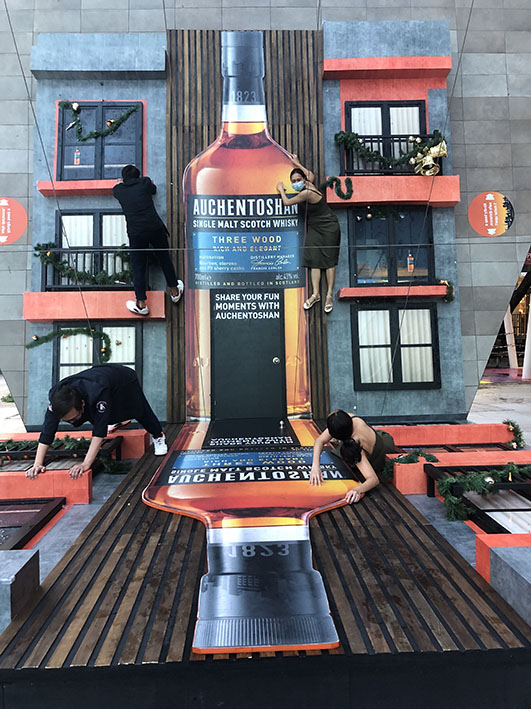 Auchentoshan has collaborated with Singapore based creative agency, Bread Butter Bacon (BBB) to create this campaign to raise brand awareness, as well as introduce itself to a new generation of whisky drinkers.

Auchentoshan is a maker of fine, single malt Scotch whisky with a storied history. Being one of the few distilleries that produce a whisky that’s triple distilled, they stand out particularly from being based entirely in the city of Glasgow.

Reaching out to young, trailblazing executives, who, like them aren’t afraid to challenge the norm, the campaign focuses on educating consumers on their identity, and its key trait of being made to be shared. This will involve a series of concise video ads and out-of-home activations, showcasing their attitude. These ads will be placed as targeted YouTube pre-rolls, Bus Stop posters, Billboards, as well as a Trick-eye installation at Cathay Cineleisure (till 10th February 2020), and an activation along the Orchard Ion-Wisma Atria walkway. BBB will also lead the creative strategy and content creation for Auchentoshan’s Social Media campaigns in the region.

“It’s not just about being creative, but also possessing the insight to appeal to the palates of our target audience. We trust Francis and his team, not just based on the work we’ve seen, but also from the envelope-pushing energy and qualities Bread Butter Bacon has as a team—much like Auchentoshan.” Says Sally Lim, Senior Marketing Manager at Beam Suntory (SEA).

Wendy Chua, Brand Manager at Beam Suntory (SEA) said: “With a drink like Auchentoshan, we needed a creative team that was just as smooth in characters. BBB is able to distill their ideas and simplify the communications.”

Led by Creative Director and Founder of BBB, Francis Ooi, and Creative Lead, Sarah Inez, the team is confident in taking this unique brand higher into the collective consciousness of casual drinkers and discerning whisky fans. Forward-thinking, and unbounded by convention, the team makes for a seamless pairing with the smooth personality of Auchentoshan. 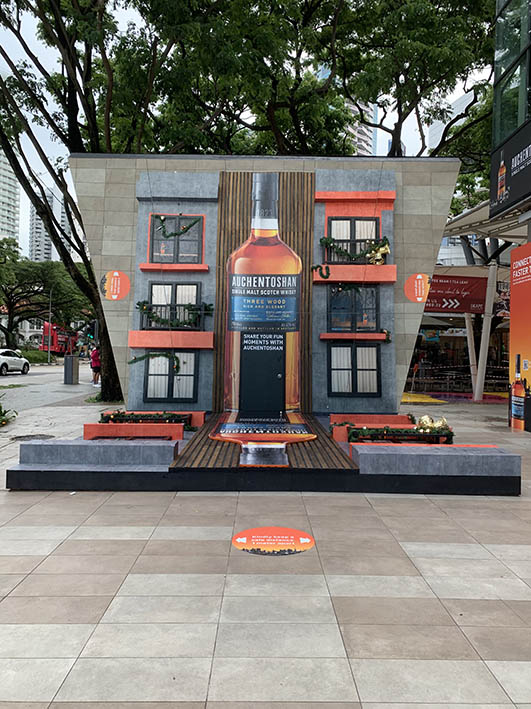