You can follow traditions, or forget them. You can do things their way, or your own. ‘#BeUnconventional’, the campaign for the new BMW 2 Series Gran Coupé is the brainchild of BMW Malaysia’s lead creative agency, Vertex Blue (a subsidiary of Invictus Blue Group). It takes inspiration from the progressive design and bold personality of The 2 Gran Coupé, and celebrates individuals who dare to draw their own lines and stand out in style.

Bringing the idea to life is a video series that shines a light on five modern-day nonconformists – dancer and choreographer Maybelline Wong, musician AlexTBH, fashion designer Kittie Yiyi, model and pottery artist Nia Atasha, and two-time world latte art champion Irvine Quek, as they go about their creative pursuits with The 2 Gran Coupé. Each video, produced in collaboration with Directors Think Tank Malaysia, directed by Zaim Rosli, it tells a different story to match the five unconventional personas against different aspects of the car, i.e. movement to performance, fashion to style, and art to details.

Tan Pei Ru, Senior Copywriter, Vertex Blue, said: “Zaim had a pretty unconventional take on this production from the start. He didn’t just have a vision – he had FIVE, one for each KOL. And they all came to life beautifully.”

“Each video had its own look and feel, yet came across as though they belonged to the same campaign, the same series. You can clearly tell that Zaim did an excellent job showcasing the different personalities of each KOL without losing sight of the car and the features we wanted to highlight.” Says Tong, Art Director, Vertex Blue

“You can always count on DTT to deliver the best quality and push the envelope with any boards thrown at them.” Says Leng, Creative Director, Vertex Blue.

Zaim Rosli, director, Directors Think Tank, said: “When i received the brief , i was so excited to execute the idea. The styling that they wanted is a reflection of who I am personally. As a car lover, this collaboration gave me a chance to portray beautifully for this great brand. I love edgy stuff, fast cut and stylish finishing. For this spot, I tried to make the visual dirty but in a good way. I really enjoyed working with the agency. They are brilliant not only did they give me the freedom and support needed to delivery my vision. The creative and art directors gave me 101% trust to experiment on this campaign. A good experiment will only happen when you have the right substances”.

Stephen Douglas, Executive Director, Directors Think Tank added: “As Zaim mentioned above, it always helps when the agency are on board with us 101%”. 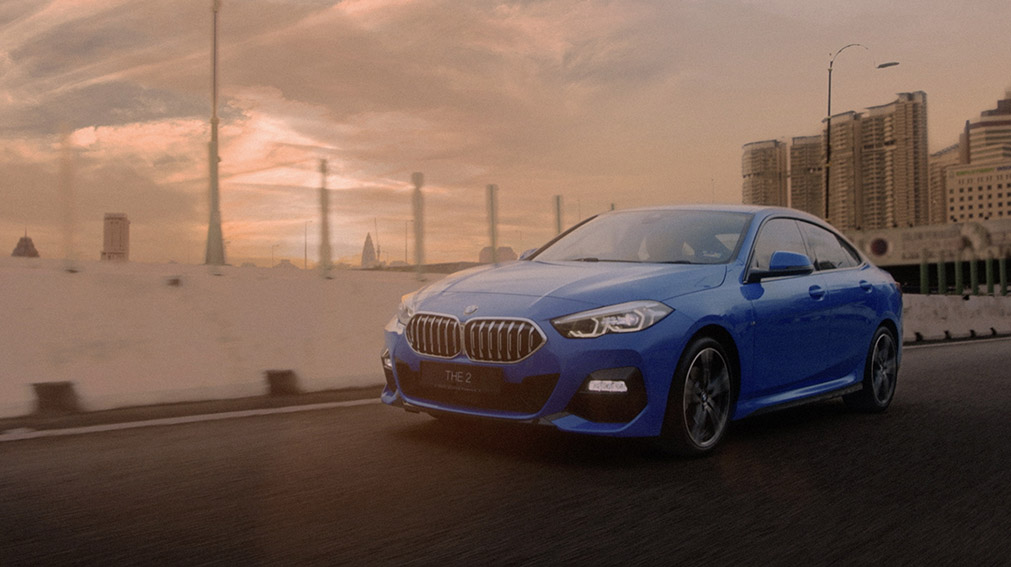