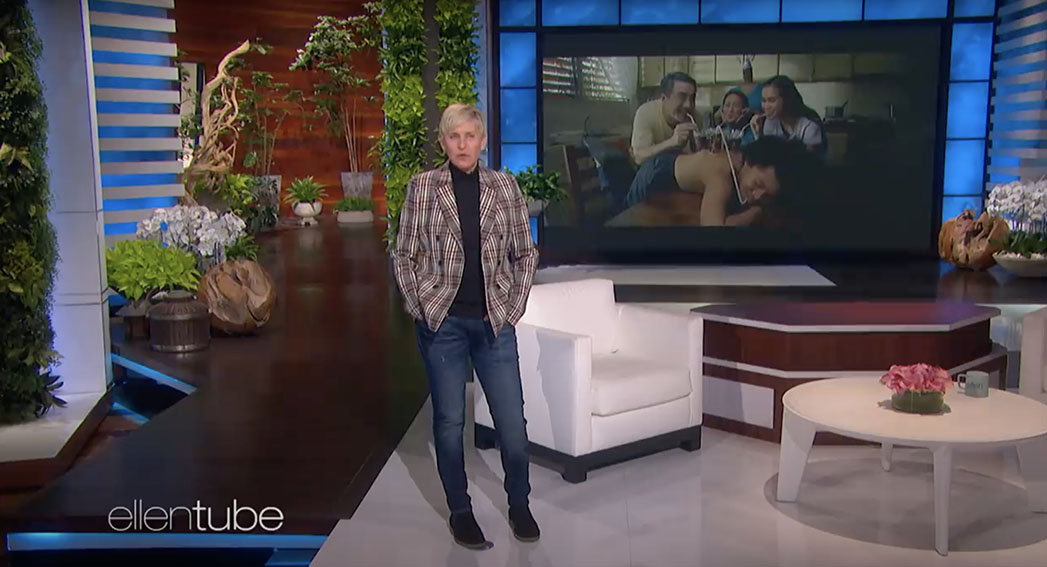 RC Cola’s commercial was run, and midway through the spot, Ellen and DJ tWitch tried to guess how it would end. DeGeneres gave three choices: “A) She sings a high note and shatters the glass; B) She takes off her head and pours soda into the cups; and, C) She takes off her scarf and parachutes out the window.”

Ellen, a little confused, chose “C,” while DJ tWitch chose “A.” Amused, she then asked, “What is the commercial? What’s it for? Do we know?”

Only for the video to continue playing, showing “B” as the answer.

The spot ended with the family enjoying the soda by sipping from straws. “I was wondering how they were going to drink it, and that’s how,” the TV host said, with a baffled look.

“If you haven’t started drinking already, then now’s the time,” DeGeneres added.

With the amount of attention RC Cola has been getting after the release of its films, sales has skyrocketed by 67% vs. previous week. With the feature on the global platform that is “The Ellen Show,” RC is expected to earn even more brand impressions, and sell more.

The RC Cola Philippines’ commercial has blown up, getting 51 million views and 366 thousand shares across social media platforms since last quarter of 2020.