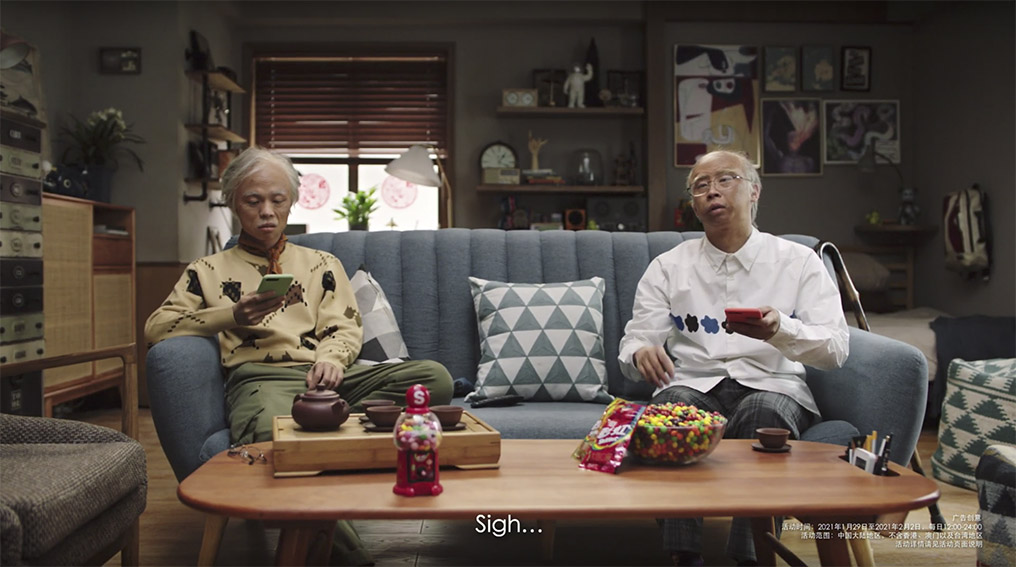 Giving and getting digital red packet has become something of a tradition in China to express warm festival greetings among families and friends at Chinese New Year. While people have got used to opening their digital red packet with one click, Skittles turned this practice into an interactive campaign that required people to click 50,000 times to open the red packets.

Skittles says this is probably the most annoying red packet in history. From Jan 29 through to Feb 2, the first person to open the Skittles red packet with the fastest 50,000 clicks would win RMB 49,999.

The crazy idea generated a lot of buzz and doubts in Chinese social media. Would there really be someone who clicked non stop 50,000 times? According to a test, if one could click on the mobile screen five times every second, that would be 300 times in a minute, or 18,000 times in an hour. Which means, you’d have to click non stop for three hours to open the packet. Still, at RMB 17,000 an hour it’s not a bad pay rate.

Skittles understood the doubts and launched a teaser video on social media asking if the idea would literally drive people crazy and simply not work.

In the teaser the two guys keep asking, “will anyone really get the prize?” and ”will anyone be willing to waste so much time on this?” As they clicked, they grew older and older on screen.

Awing Chen, Executive Creative Director of DDB Guangzhou & Shanghai, said: “Thanks to the amazing design by Director Zhou Ning, the professional makeup and the flawless shooting effects, the story looked quite shocking in reality – turning old in just a few seconds gave the film real impact.

“The idea was incredibly simple – just to let the audience understand how difficult it was to open the Skittles envelope. We have to say an enormous “thanks” to our brave and very supportive client who give the green light for us to bring this nutty idea to life.”

To avoid any digital cheating, Skittles popped out identifying codes at random during the process like the ‘color-blind test’ to make sure it was an actual person playing the game. This meant, that someone could still seek help by passing their mobile phone to others to keep the clicking speed if he or she got tired.

The campaign started stirring up interest on social media from Jan 21. Influencers were invited to share and retweet the campaign to attract more discussion and create more social buzz. And during the golden 5-day promotion period, consumers could buy a little pack of Skittles, to get the participating code inside the package and then join the click challenge.

During the activity, the day’s winner would be announced the following day on the Skittles’ social media account. So far, the fastest person to open the packet took just 1 hour, 52 minutes and 29 seconds.

And during the leisure time to wait for the activity kicking off, people could still have fun by testing their own click speed, and imaging what they would have done if they’d won the game.

How to grab consumers’ attention during the peak and promotion-crowded Chinese New Year period is a challenge for all brands in China.

Awing Chen, adds: “Why would people spend time on advertisements at this time of year, when there are so many other interesting things to do? We need to let a brand speak in a very human way and interact with consumers in an engaging manner that offers a unique and fun experience. I truly believe that people don’t hate advertisements at all, they just hate boring advertisements.” 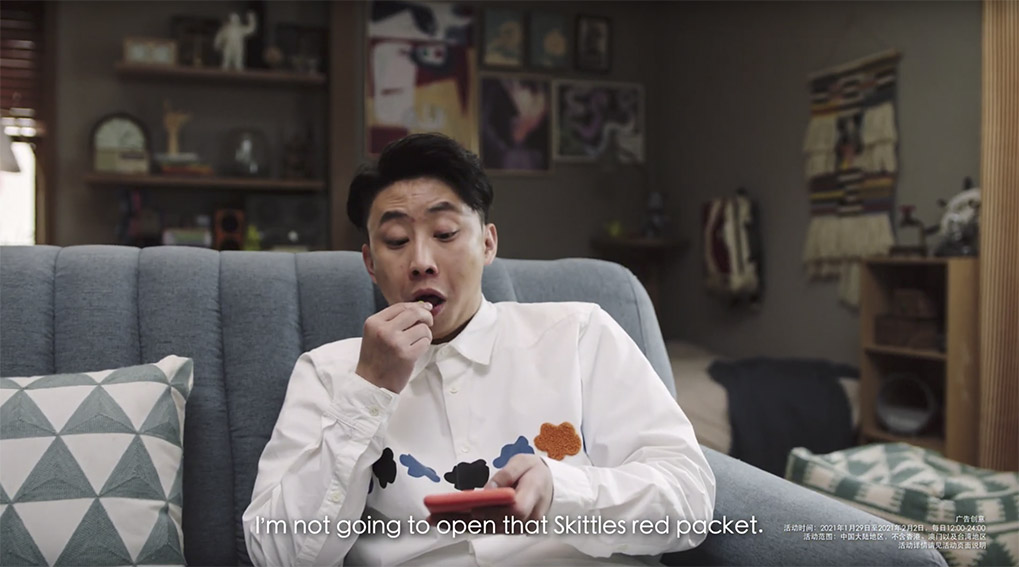 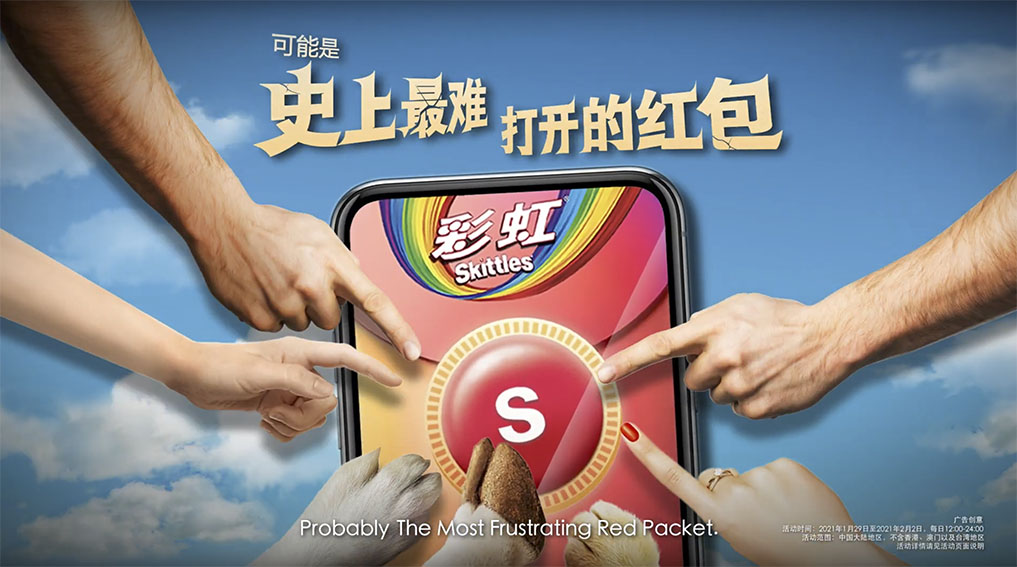