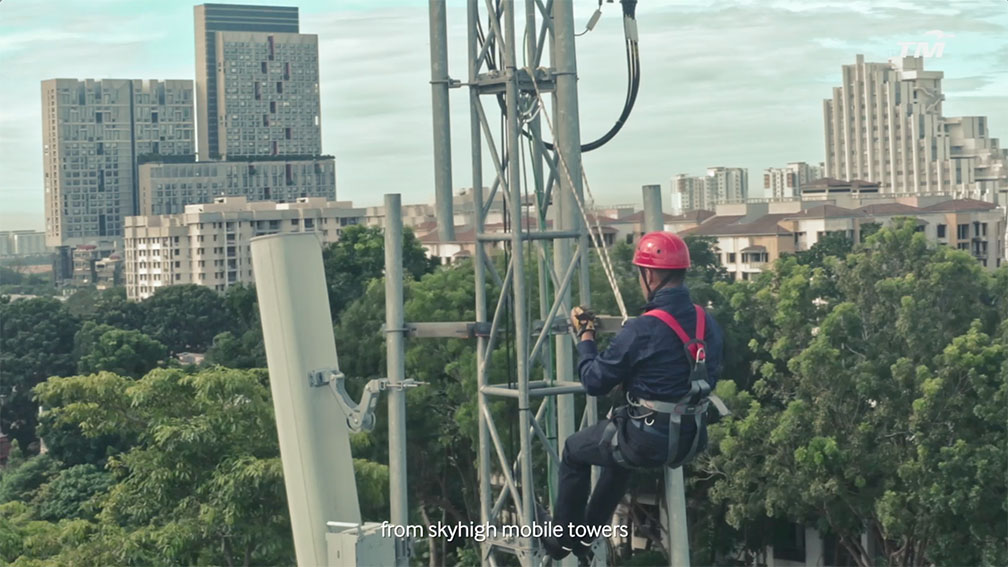 Grey Malaysia recently tasked Directors Think Tank and director Maurice Noone to create the latest Telekom Malaysia Berhad (TM) Digital spot. The short film titled “Reach Further, for a better Malaysia” shows how we are all interconnected with each other thanks to Digital Malaysia powered by TM.

The theme of “Reach Further” (“Merintis Impian” in Bahasa Melayu) represents both the importance of connectivity reach and the importance for all Malaysians to reach further to help each other achieve our dreams.

With Digital Malaysia, everyone is interconnected, so when one person acts, it impacts the lives of many. This connection was told through the story of a boy who ordered his nasi lemak meal online. His action proceeds to create a ripple effect reaching further into the economy and society; from the delivery person who sent his food, the mak cik who prepared it, her husband who manages their website so that they can pay for their child’s education, who contributes to software development that makes farming more efficient, and benefits the lives of many others. All, leveraging on TM’s national telecommunications’ network.

Izlyn Ramli, Vice President, Group Brand and Communication of TM, said: “We’re excited to present this film and humbled to be able to depict the role we play in the service of the nation. Our Warga TM dedicate themselves behind the scenes every day to help make life easier for our customers and Malaysia, and this film has captured the spirit of how all that can impact the lives around us. The people we serve are the backbone of this nation, and we are proud to enable them to be digitally connected to each other and prosper together. I believe if we can inspire just one person to reach further, it will ripple across the nation to create a better Malaysia for us all. It captures the essence of Digital Malaysia and how TM plays a unique role to enable this aspiration.”

Graham Drew, Chief Creative Officer of Grey Worldwide, said: “Our challenge was to define the huge impact of Digital Malaysia in a very simple way to all Malaysians. Simple enough for anyone who sees it to relate to it, feel part of it and understand it. So we featured people from all walks of life and showed a story of how we are all interconnected.”

Adrian Ho, Creative Director of Grey Group Kuala Lumpur, said: “We wanted to create a film that felt seamless, from one scene to the next. From the script, to the framing, to the sound design, there’s a pace to it. So Maurice, the director, and I sat down and designed every single frame together. He was a joy to work with, and all this was possible thanks to him. Unlike other TM films we’ve done, this one was lighter and more hopeful, exactly what we needed during these times of recovery and rebuilding of the nation.”

The film was summarised under the theme of ‘Reach Further’. Each person featured within the story was a representation of the lives TM has reached out to, ending on a simple message of how a simple act from one Malaysian, can start a chain reaction of progress that ripples through every Malaysian, reaching further aspirations and people.

Maurice Noone, Co-Founder/Director, Directors Think Tank, said: “The film is all about connection and empowerment. We are all connected, whether we are a farmer, the owner of a roadside stall, a student, a delivery rider, a industrial worker, or even a IT professional – all through Digital Malaysia – and our lives are enriched and enabled by TM in hidden ways that we might not immediately realise.

“This connectedness is key to the design of the film – to visually connect scenes using a match cut transition to demonstrate the idea that the action of one person echoes and continues in the actions of others.

“For the TM Merdeka spot we did last year, we used a perpetually forward moving camera moving along a pathway to communicate the unity of the nation walking together along a path to a promising future. In each scene, we would essentially match-cut the pathway, so that it felt like no matter who we were, we were walking along the same journey.

“For this film, I also wanted to use a match cut – I wanted to hark back to the same technique as the Merdeka film while allowing the method to evolve.

“So while it will feel like a new film, with new techniques, it will also feel like it has a common thread with the TM Merdeka film we did, and hopefully amongst the clutter of ads, it will feel unmistakably TM.

“As we watch the film, while we may expect a match cut, the way it unfolds can be quite enjoyable, from one scene to the next.

“Through the use of colour and movement to link the actions of different Malaysians – from all walks of life- I hope that we can remind the audience of the positive knock on effects of our everyday decisions, and how we can empower each other even in these difficult times.” 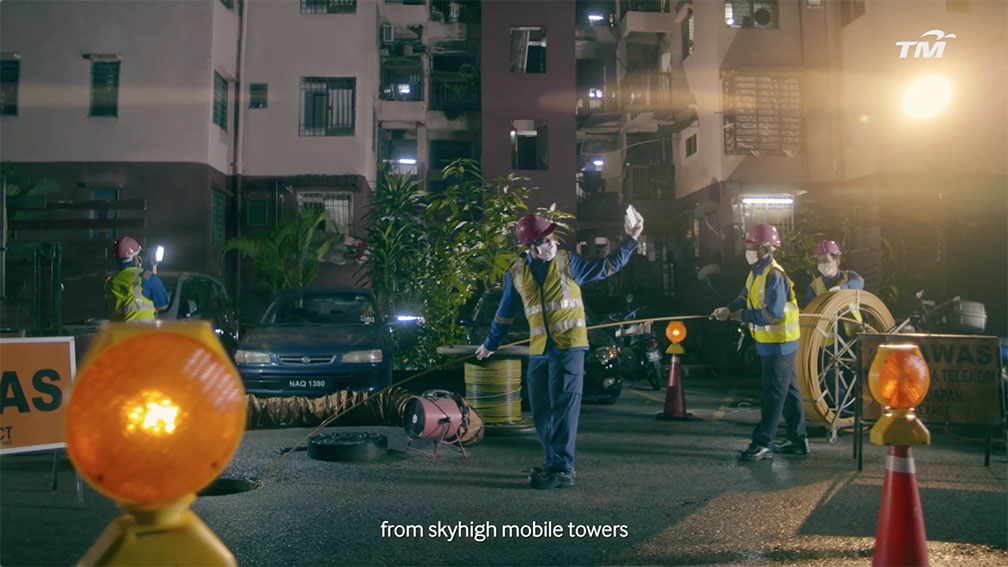 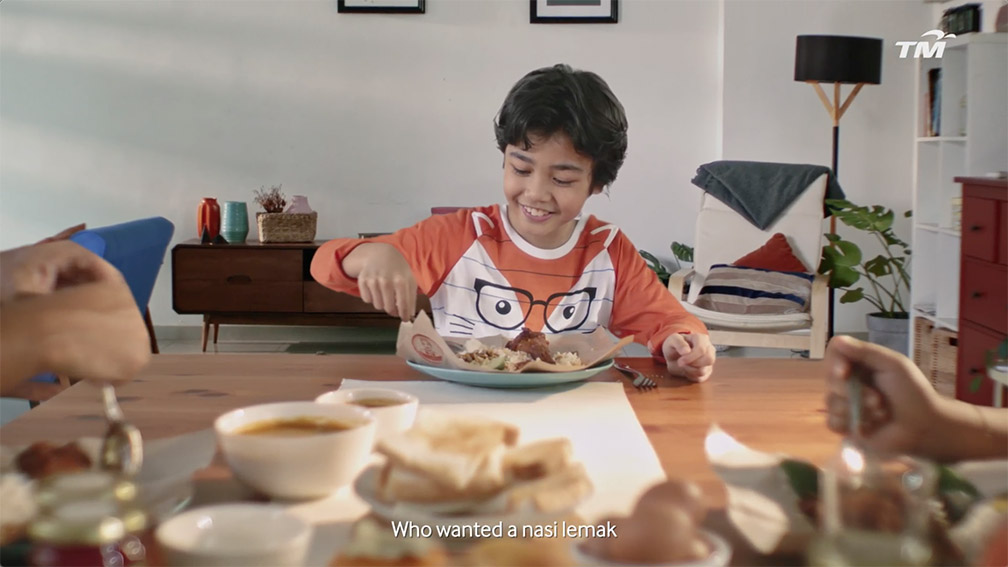 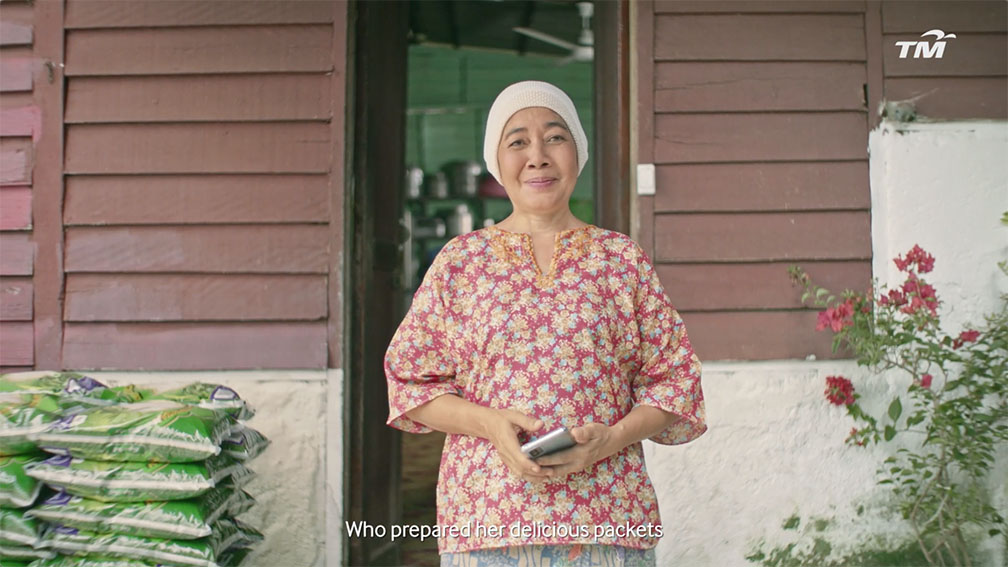