All Blacks blast from the past: Behind the scenes insights into AIG’s ‘How not to drive in Japan’ campaign 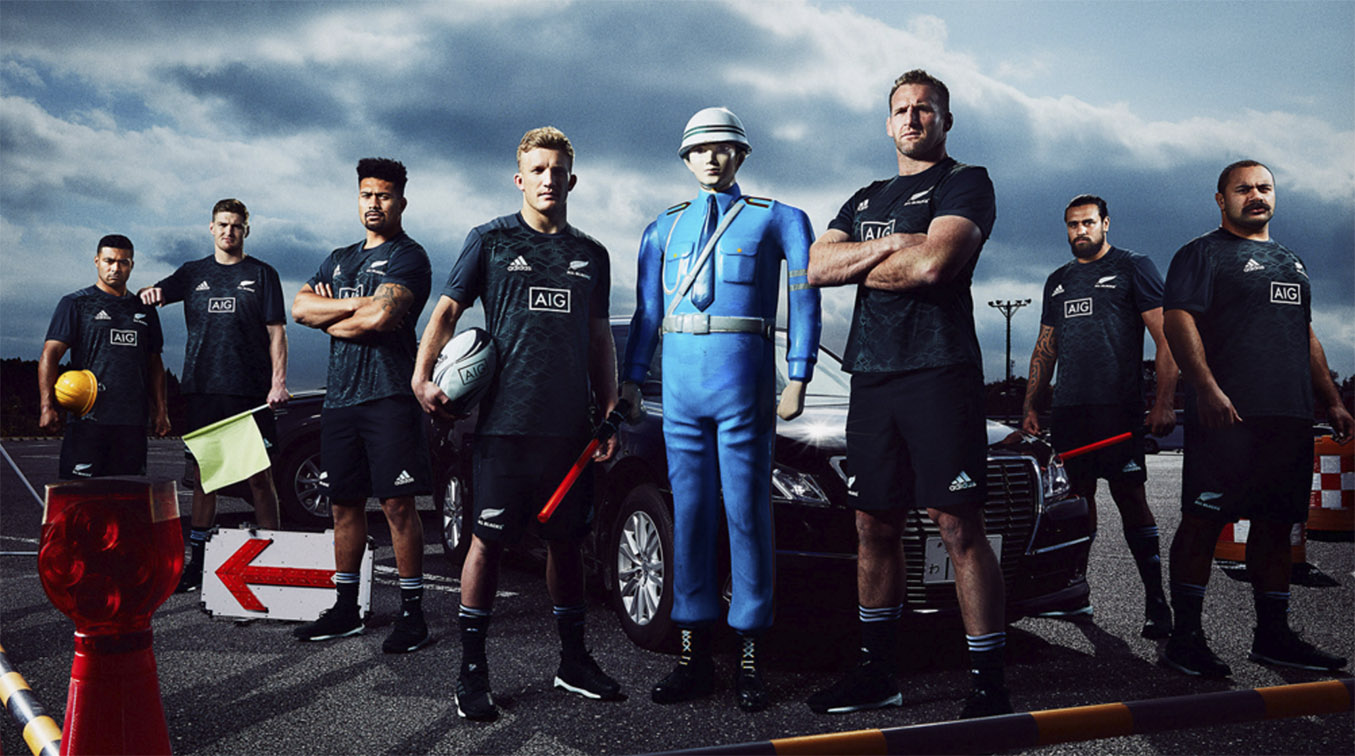 Campaign Brief Asia goes behind the scenes of the ‘How NOT to Drive in Japan‘ AIG Japan Holdings campaign featuring the New Zealand All Blacks. Director Hisashi Eto and Producer Masahiro Kawaguchi provide insights into how the campaign came about.

Created by AOI Pro Japan, the ‘How NOT to Drive in Japan‘ film released by AIG Japan Holdings back in July 2019, aimed to bring soaring number of Japan-bound visitors attending global sports events, including the Rugby World Cup and Olympics, up to speed with the local traffic rules. The third in a series of online films featuring All Black stars in cameo roles, it rolled past the 10-million view mark just a few months later, reflecting the huge interest in this sequel. It follows the successful pair of films: “Tackle the Risk” and “Diversity Is Strength“.

The thrillometer level goes up, as does the in-car action, when foreign tourists, blissfully unaware of Japanese traffic rules and about to be pranged for their pains, are physically rescued by All Blacks stars tackling their car, lifting it, or dashing through the roof. But finding, filming and editing the sequences was far from easy, as Director Hisashi Eto and Producer Masahiro Kawaguchi confirm from behind the scenes.

Eto: Since the first storyboard I received was full of similar moves like “pushing” or “flipping” a car, I felt the need to throw in an all-new curveball. That’s why I included spots like “Anzen Taro,” for example, to balance things out. Admittedly, the word ‘All Blacks’ brings to mind “rampaging rugby players”, but I wanted to use the film to soften viewers’ perceptions, which is why you find little charming interludes, with which they can hopefully empathize!

Kawaguchi: Getting permission to shoot cars in Japan is a real headache, and many scenes would be impossible without completely blocking off the road, so our quandary was deciding where to shoot.

Eto: Of course, we could have shot it all in the studio and composited, but I wanted it to look real, so we invested a lot of time on location scouting to get as much as possible actually shot on camera.

Kawaguchi: In the end, we shot about half the film in Niigata. Although some scenes were shot in Tokyo, they were mostly composited.

Kawaguchi: This was my first taste of a four-wheeled action film, so I got an Assistant Director in the company to introduce me to a producer who knew his way around. After we discussed what the project entailed, he eventually ended up referring me to a production company in Yamanashi specializing in cars.

Eto: It was no breeze. For example, when one of the All Blacks members runs on top of the cars, we had to find a way to strengthen the hood, or otherwise it would dent immediately when stepped on. In other scenes, where the car had to be lifted, we scraped out its interior to lighten it and had to prepare a crane for the lifting. The production team shuttled between Tokyo and Yamanashi numerous times for testing – we actually left no stone unturned for safety and testing to minimize the risk for all those involved.

Eto: Despite splicing the editing into multiple “Tips”, even a single Tip took as long as a commercial or more to edit, and with eight of them in total, it took ages.

Kawaguchi: In total, offline and online, we’re talking about half a year of work. We finished shooting in January and got the offline done and dusted in spring.