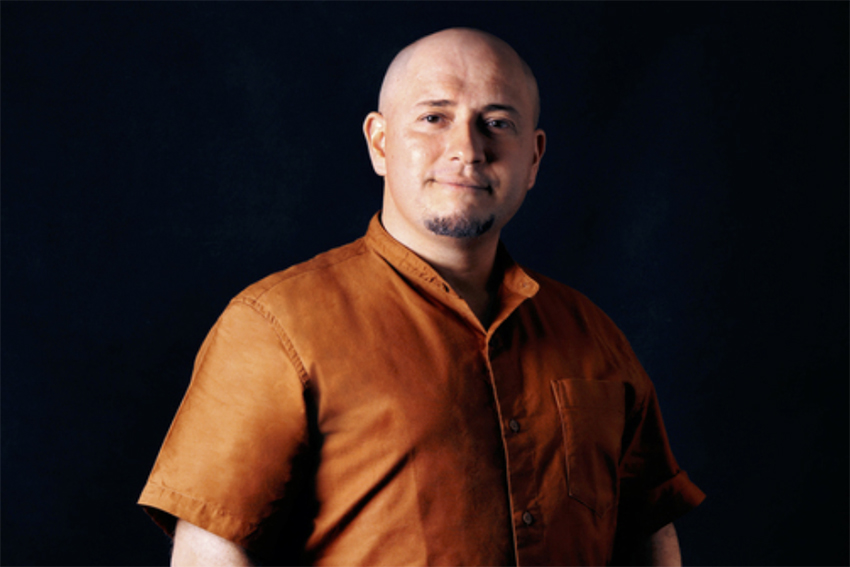 TBWA\Singapore’s Associate Creative Director, Julian Gutierrez (a.k.a J) is from Colombia. J attended Creative LIAisons in Las Vegas in 2013. He has been behind ideas such as a highway overpass dressed up like a giant Hot Wheels track, an AI robot recruiting humans for a job it can’t do, or an ink stamp helping 150 million Indians prevent the spread of fatal diseases.

Many of his projects have won awards at Cannes Lions, LIA, One Show, Clio, D&AD, Effies, El Ojo, Spikes, and The FWA.

HOW FAR CAN IDEAS TAKE YOU?

The first time I thought about this was in 2013. My portfolio and my agency at the time had literally steered me 5,454 km, from the Colombian capital to the world’s gambling capital. I was in Las Vegas to attend the Creative LIAisons programme.

A year later, an improved portfolio would take me even farther, to work in Singapore, on the other side of the planet.

So, yes. Ideas can take you to overseas festivals and distant, exotic agencies. But that’s the obvious, ‘no-sh*t-Sherlock’ part. Because what I learnt at Creative LIAisons in sunny Las Vegas is that ideas also take you away from your career’s darkest days.

Uninspiring projects. Difficult clients. 24-hour days. We all have found giant pebbles in our professional shoes and ended up feeling stuck, hopeless and in need of a drink, a hug or both.

In such “I-don’t-feel-so-Don-Draper” kind of days, all the madmen and madwomen need to remember that only their ideas can set them free.

It’s like getting sore after working out. The only real cure is to keep working out. Not convinced? Here’s some real-life proof.

When you’re down, ideas will lift you up.

Many agencies ago, our CCO sensed that some people weren’t that happy about the work. So he said one of the most honest things I have ever heard:

Everybody laughed. But he had a point – and a plan – because less than a month after this speech, the CCO himself moved to a cooler place. Many of us happily worked the crap out of our ideas to follow his example.

Ideas will take you as far as Mars.

Three weeks ago, another Colombian named Diana Trujillo led one of the teams responsible for Nasa’s Perseverance rover. Her ideas took her from doing cleaning jobs (when she was younger) to making space exploration history. She deserves a movie, or what?

On top of its many surprises, it also ended with my previous agency going for a global merger. It rendered a lot of roles redundant, mine included. Considering the worldwide pandemic and everything else going on, well… I was a bit fidgety.

Thanks to God, ideas didn’t just get me another job. They led me to a place I have always pursued and admired. So hell, yes! I’m a believer that your work can take you anywhere from Mars to a pirate ship.

So, no matter what happens today at your job. No matter how many proposals your clients kill. No matter if 2021 still looks a lot like 2020. Every time you feel stuck, grab life “by the ideas” and make them take you wherever you want to.

That’s what we can all learn from the LIAisons programme. (Why it’s named London International Awards but held in Las Vegas is one of life’s beautiful mysteries.)