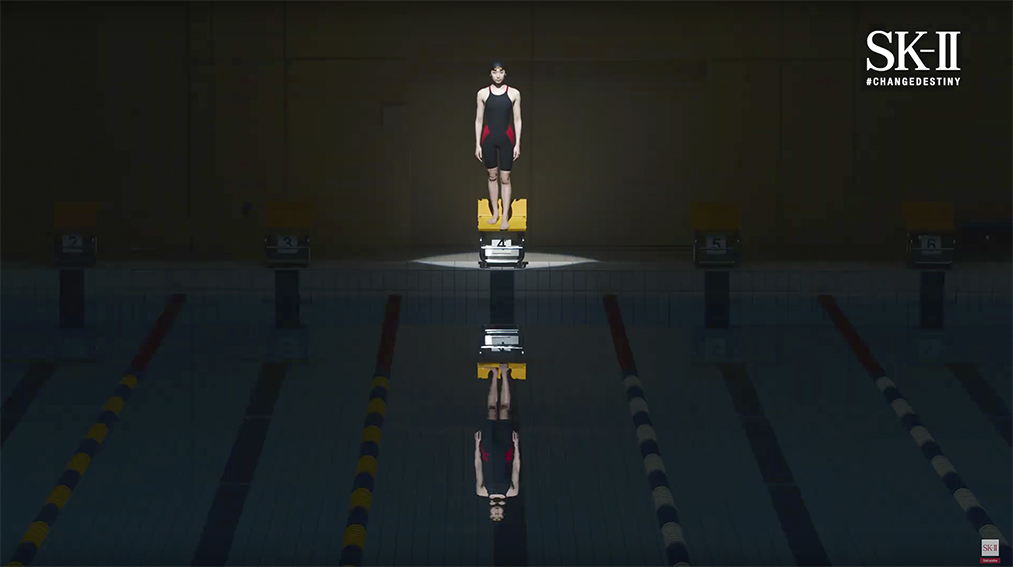 A high-impact group from WPP, consisting of hand-picked global talent from Grey and MediaCom, has launched their first film for premium skincare brand SK-II. Directed by iconic Japanese director, Hirokazu Kore-eda, ‘The Centre Lane’ will be the first of a series of films released under the new content platform SK-II Studios.

The Centre Lane, is a empowering docu-drama that blends live action and animation to tell the story of the Japanese swimming prodigy Rikako Ikee and her route back to competition following a devastating diagnosis of leukaemia when she was just 18.

The film was co-created by the specially-formed hyper-accelerated creative unit within WPP that was built to develop an exciting and challenging new narrative from SK-II on the pressures around beauty. Using the backdrop of the Olympic Games Tokyo 2020 to support women all over the world.

The Centre Lane is the debut film from the brand’s newly formed content division, SK-II Studio, representing the first of seven films that the WPP agencies have made with the brand. The specialist unit from WPP supported the development of the brand’s first film studio division, which will be dedicated to tackling the societal pressures impacting women today through the power of film and storytelling.

Director of more than a dozen feature films, Hirokazu Kore-eda is a Japanese film director, producer, screenwriter, and editor who gained international fame winning the Palme D’Or for his 2018 feature film Shoplifters. The film utilises his signature style with in-depth interviews and experiences that shed light on Ikee’s inner thoughts, struggles and hopes as she re-enters the pool to train for her competitive comeback. It also marks the first time the director has used animation.

Siddika Dehlvi, Executive Creative Business Director, said: “The Centre Lane is a beautiful, emotional film that presents the idea of changing your destiny through the story of Rikako Ikee, and the eyes of Hirokazu Kore-eda. This is the first time Kore-eda has used animation in his filmmaking, so we are honoured that his first foray into this style was with us. Rikako Ikee’s journey shows the power of resilience and determination; something we all can draw inspiration from. SK-II’s partnership with Rikako Ikee is very important to the brand, and we hope that this poignant film will show a side to her and her story that has never been seen before.”

Sandeep Seth, Chief Executive Officer, Global SK-II, said: “We’re very excited to share this film with the world. As a human brand, we believe in the power of human stories and Rikako Ikee’s journey back to competitive swimming is a beautiful example of this. As well as partnering with WPP agencies on this incredible journey, it’s been an honour to work with Kore-eda on telling this powerful story, and we hope that this first film from SK-II Studio demonstrates our commitment to supporting women who want to #ChangeDestiny”. In the current times, we’re delighted to be releasing an inspiring message of hope”

Japanese Swimmer Rikako Ikee, was the Most Valued Player (MVP) of the 2018 Asian Games and a gold medal candidate for the Olympic Games Tokyo 2020 before she was diagnosed with leukemia last February 2019. During her journey to recovery in May 2020, she partnered with SK-II, and the team of WPP agencies launched the new partnership by sharing the first portraits of Ikee-san without her wig. Her story of hope and strength touched the heart of the nation, becoming top news on Twitter, LINE and Yahoo in Japan.

The film is now streaming on YouTube and the SK-II website, just as Rikako Ikee continues her comeback, training hard and building her confidence. 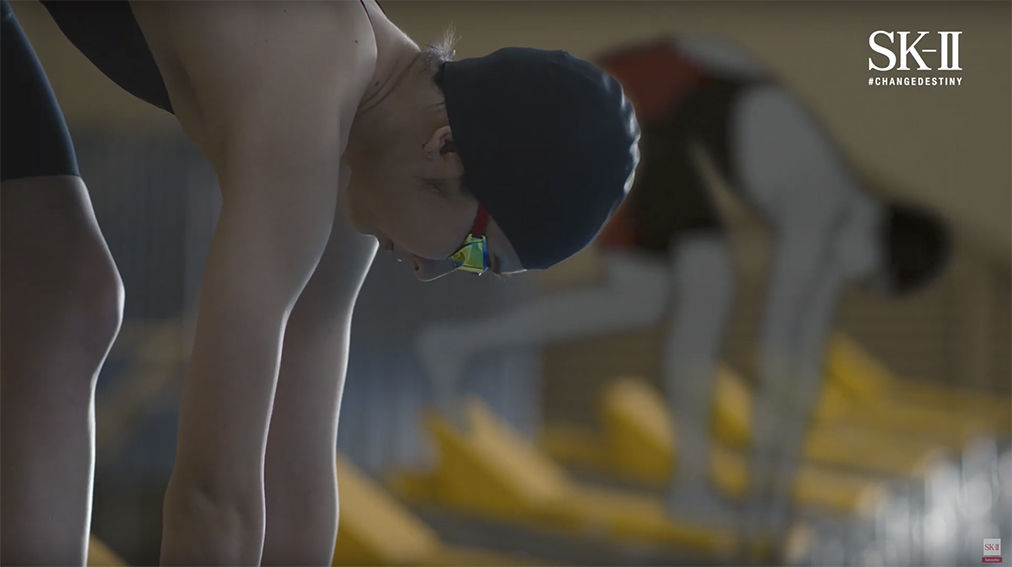