UNAIDS has released this short film titled “The Mirror” via FCB India on international day for transgender visibility. Gender diversity is not a lifestyle choice but an inherent right of all people. Gender stereotypes especially towards LGBTIQ lead to stigma and discrimination. This is more pronounced in children and adolescents as diversity among them is not commonly understood and society puts massive pressure on them to conform to assigned gender norms at birth.

Statistics show that trans teens are much more likely to attempt suicide than teens whose identities match what is written on their birth certificates. In addition, transgender people face huge discrimination and in certain countries can be arrested. And transgender women have some of the highest rates of HIV – up to 40% in some cases- compared to the rest of the population.

The film, ‘The Mirror’, portrays a young boy who is pouting and opts out of playing with other children during a big Indian kite festival. His mother eggs him on but he sneaks off downstairs alone. He drapes himself in a woman’s scarf, and smiles as he sees his reflection in a mirror.

Moments later, his mother and his grandmother catch him dancing dressed up. The music track stops, and the women stare at the boy. A few seconds of dread pass by and suddenly the women join him.

The film’s writer Swati Bhattacharya, Chief Creative Officer of FCB in India has captured the pivotal moment of self-recognition. Often, she explained, we look at children as our projects and want to make them extrovert and studious and obedient, refusing to see them for who they are and how do they want to grow up. “I wanted to show that all discrimination begins at home and often it is this brokenness is what a child suffers from even after they become an adult. If you are accepted at home you are more ready to face the world outside,” Ms Bhattacharya said.

Tea Uglow, a transgender woman who identifies as queer and has been working for the cause of transgender visibility, on seeing ‘The Mirror’, said: “Swati’s film blew me away – it is really brazen. It walks straight up to a really interesting line and just does exactly what it shouldn’t do. It’s very hard to describe – but there is no product, yet it is clearly selling an idea. There is no transgression, but clearly it is showing transgression. There is no outrage, yet clearly, we expect outrage. It is like it is painting a picture that is so normal that it may as well be a Tide advert. (a reference for Superbowl fans). Ultimately it is a fairy tale, and we know it is a fairy tale and yet you wonder, what is really stopping this from being perfectly fine? It is just how I would want my family to react were one of my children or my families’ children to embrace gender-questioning behaviour.”

For Jas Pham, a transgender woman living in Bangkok, Thailand, the video struck a chord. “Basically, I teared up watching the video. It reminded me of my childhood,” she said.

Cole Young, a transgender American man, knows that parents do not always embrace their children in this open, accepting way, but he likes the positive, happy feel of the movie. “We know the bad reactions, we’ve experienced them, so we don’t need to re-traumatize trans people.”

Keem Love Black, a Ugandan transgender woman, said the film resonated with her because at the same age she lived similar moments, and still does to this day. “I have mirror moments all the time, especially when I am going out,” she said.

Kanykei is one of the few transgender people who lives openly in Kyrgyzstan’s capital of Bishkek. She recalls putting on scarves when little, a bit like the boy in the film. However, her family did not take it seriously. Ever since she can remember, before she realized the difference between boys and girls, she felt like a girl. “They would laugh as in a small child is playing, but, over time, it was perceived differently, both in the family and in society,” she said.

Ariadne Ribeiro, a Brazilian transgender woman, likens her own mirror moment as trying to search for herself within. That said, it scared her too. “There was always a very big fear that people might see me through the mirror as I saw myself and my secret would be revealed, and I was not ready,” she said. “I feel that the video brings a reality closer to the ideal of acceptance, something that I, at the age of 40, have not experienced.”

To join or promote the campaign, please use the following: #Seemeasiam #TransDayOfVisibility #TDOV2021. 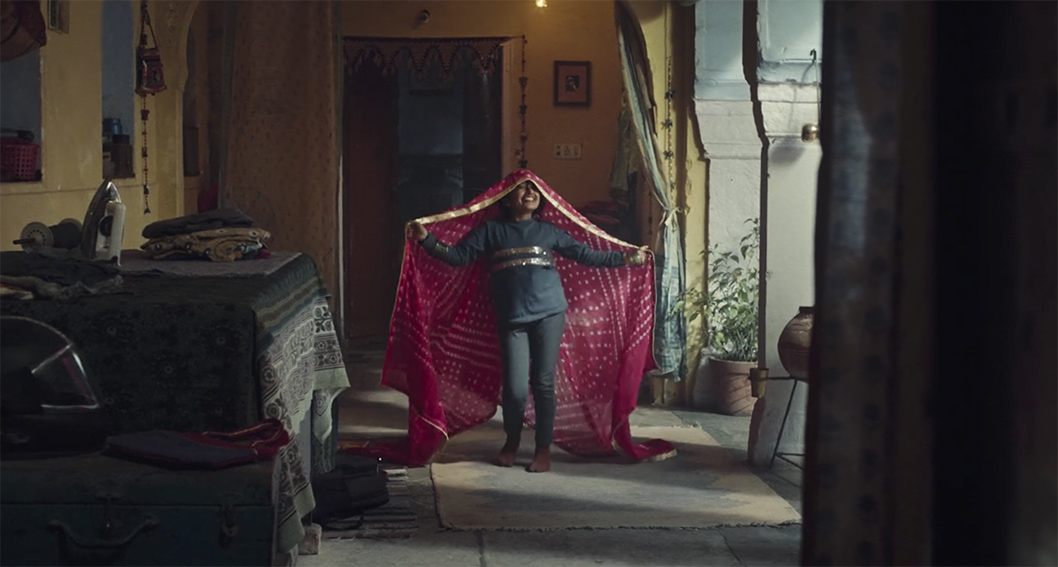