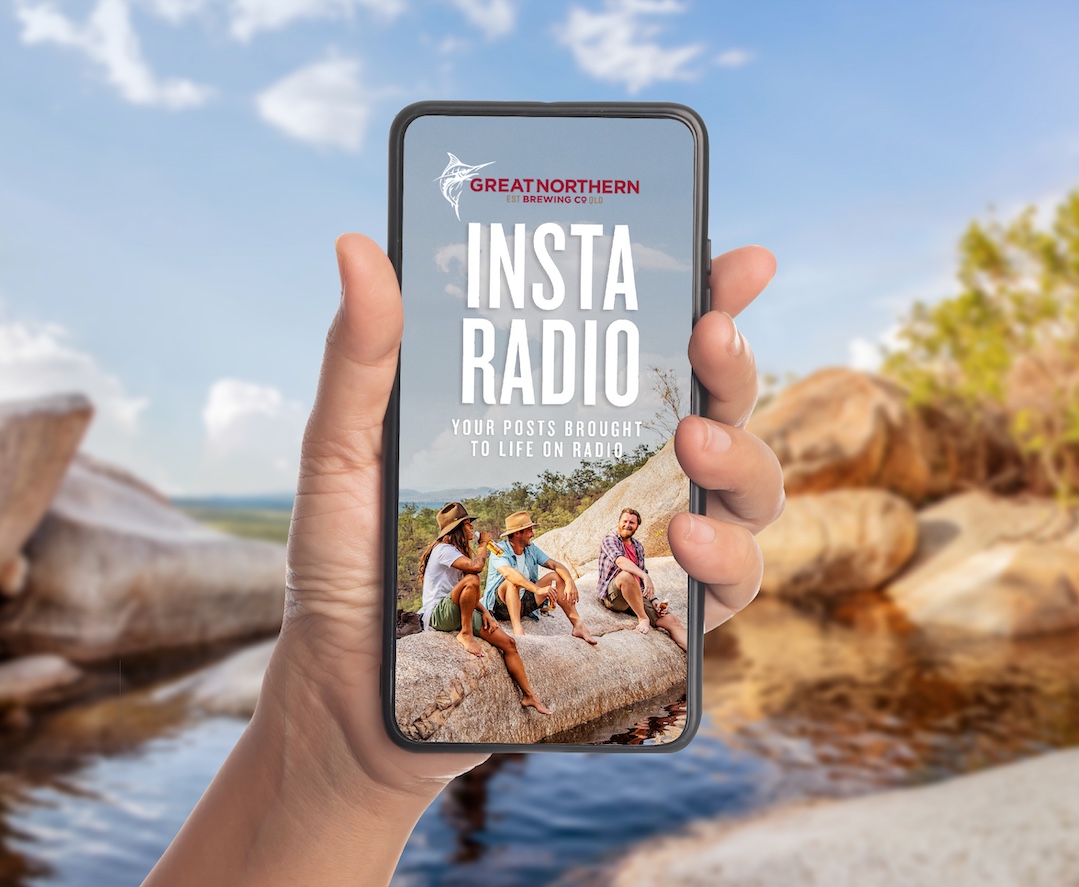 Great Northern: Insta-radio
Clemenger BBDO Melbourne
We encouraged drinkers to post photos of themselves drinking Great Northern in the great outdoors on Instagram. We then chose posts from underperforming regions and vividly brought them to life in 30sec radio spots. The radio ads were played predominantly in these regions heroing not only the locals but the area itself. The audio was then placed over the image and reposted in Insta Stories, creating the great circle of Great Northern. 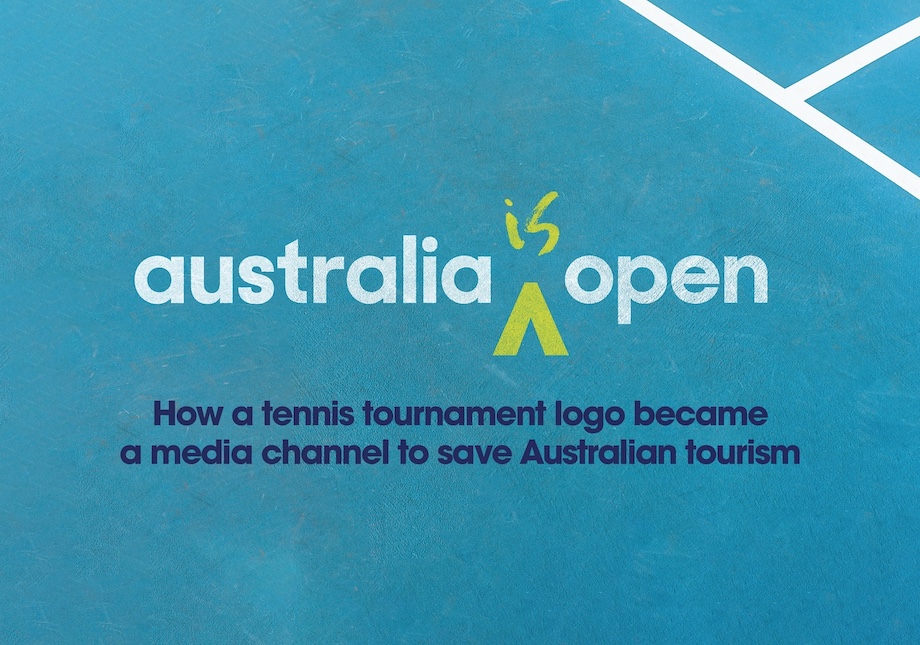 Tennis Australia: Australia is Open
Clemenger BBDO Melbourne
At the end of 2019 and start of 2020 bushfires ravaged Australia. Unfortunately once the bushfires were put out so was Australia’s massive tourism industry. To remind the world that Australia was safe and open for business, we changed the name of the Australian Open to Australia is Open. We used the logo of a global tennis tournament as a media channel to spread our important message to nearly a billion people a day. 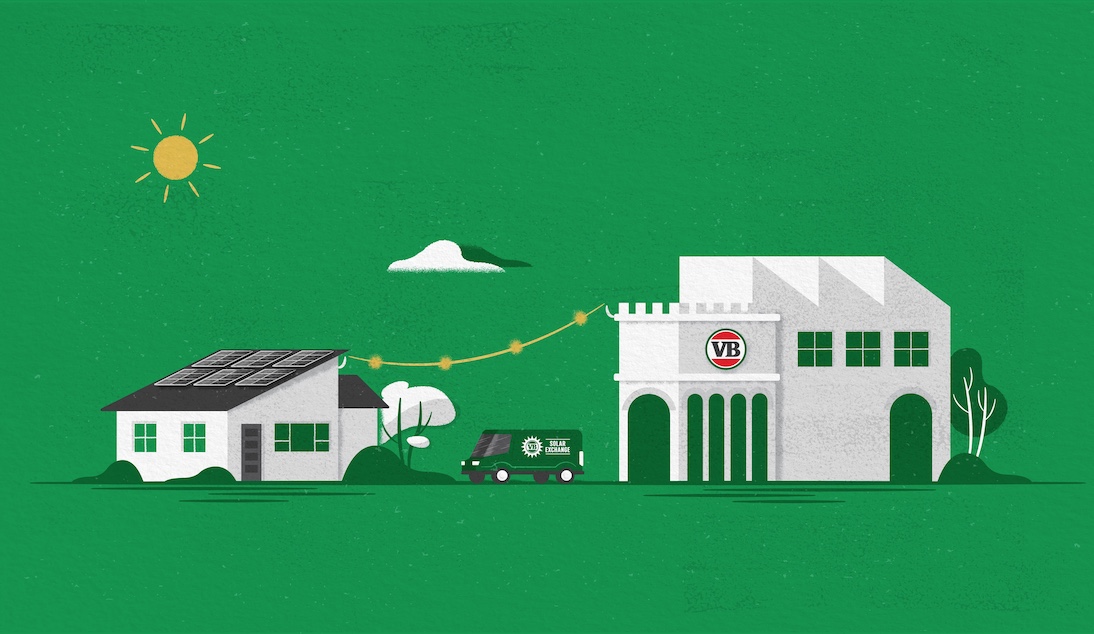 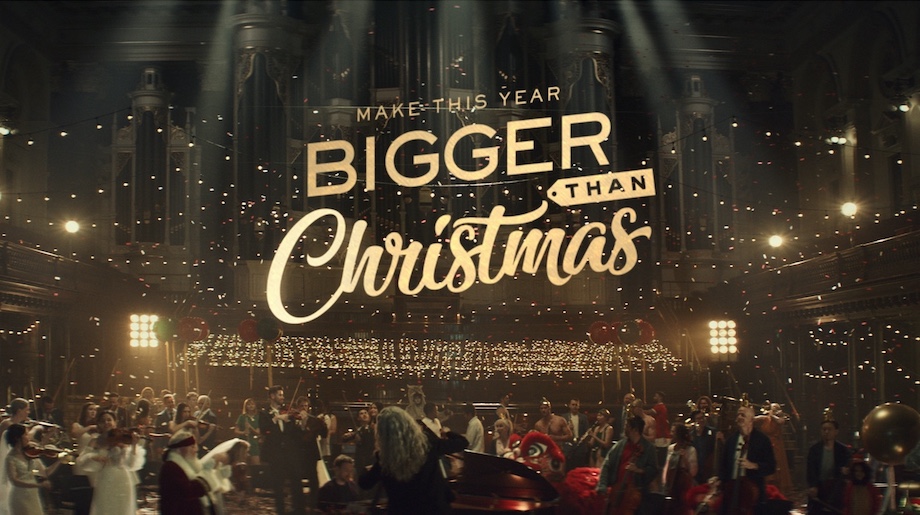 Myer: Bigger than Christmas
Clemenger BBDO Melbourne
2020 was the year of the cancellation. So as Christmas neared and families could once again come together to celebrate, MYER led the way by completely redefining what Christmas could mean in 2020. The campaign inspired people to combine Christmas with missed birthdays, graduations, Easter, weddings, bar mitzvahs, Ramadan, Chinese New Year, the Olympics and much more. That’s right, for the first time ever, a major department store combined Christmas with nearly every holiday and every celebratory event—resulting in one chaotically wonderful day.

The entry deadline for Campaign Brief’s The Work 2021 has now closed. Entries are FREE with only an acceptance fee charged for those that make the cut.