Nils Andersson on the rise of Stig & Xi 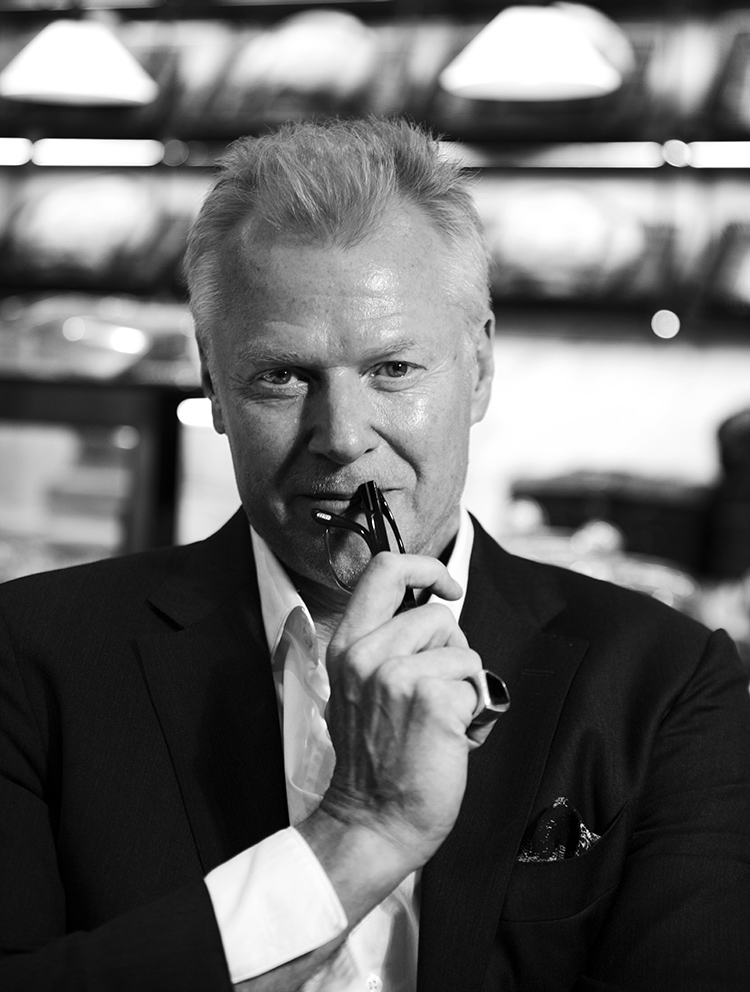 When it was announced in late 2018 that Nils Andersson was leaving the TBWA network to strike out on his own, it sent ripples throughout the industry, and with good reason – since taking on the role of TBWA’s Asia Pacific Creative President and Greater China President in 2015, he’d led the Disruption Company to numerous major metals, to the point of elevating them from #6 in the Campaign Brief Asia Network Creative Rankings to #3. In the year he left, no less than three offices placed #1 in their respective countries.

To answer the question of just why the most-awarded creative in China was jumping ship, Campaign Brief Asia caught up with the man himself to hear it straight from the source.

“It’s certainly a nice headline,” laughs Nils. “(And) it’s been very useful in a number of ways. However, past glory is the past, and in this business, we are only as good as the next thing we make. I had dreamt of starting my own business for many years. It was always something I was going to do, but sometimes we all just get too busy to start, and it’s easy to lose sight of what we really want to do for ourselves, when we are part of a big corporate environment.”

In Shanghai, word travels fast, and it wasn’t long before news broke that Andersson had teamed up with a local entrepreneur to set up their own creative shop, Stig & Xi, combining the former’s years of network experience with the latter’s entrepreneurial acumen.

“I met my business partner a few years ago and we discussed the possibilities of starting a company for a couple of years before we finally decided to kick things off. She is a very talented entrepreneur, with over a decade of experience at building businesses here and to get anything going in China, I needed the right Chinese partner. Also needed a partner who complemented me. I am only too aware of what I am not good at and she is strong in these areas. She’s driven and fast. A real doer. That said, cultural differences are always there and at times, have made things very challenging.”

“Think of us as a bridge between hemispheres: we can help international brands get things right in the China market and, equally, we can partner with Chinese brands who have global aspirations. I like to think we are a maverick crew of the best of the East and the best of the West. This combination is unique here, as most companies are either entirely local, or international players.”

As for the name, the agency took its moniker from the founders’ respective fathers, paying homage to tradition while declaring the new shop’s multicultural composition upfront. When asked about how he went about filling his agency’s ranks, Andersson said, “I think of it as a football team. You can’t be Manchester United or Barcelona overnight, but you can have a plan to be the very best. And build that team step by step. This is something I have always applied wherever I have worked – build the right team and you will rise up.”

Curation of impressive credentials notwithstanding, Stig & Xi launched without any of the pomp such a debut normally entails, which Andersson partially attributes to the team being too busy at the time. “I also didn’t want to shout without substance,” he adds, thoughtfully. “I wanted to make sure we were the real thing, before saying too much. So, the result is, we are still somewhat low profile, but (now) the word is spreading.”

From an industry standpoint, that word began when Stig & Xi won the business of one of China’s largest retailers, which allowed the young shop to post a profit in its inaugural year. While Andersson admits that the Covid-19 pandemic upended plans for Year 2, the agency has nevertheless managed to stay on track. To date, the agency counts the likes of McCafé, Alibaba, Toshiba, and -most recently- Xiaomi among their clients.

“We are midway through Year 3 now, and things are currently looking very healthy. In fact, we are so busy, we are being somewhat selective regarding pitches, as you have to look after what you have carefully. There are opportunities everywhere, so we have to be careful to choose those with the right potential and ‘fit’. We are not trying to build a sweatshop, but, instead, a place where people want to work. Want to be inspired and engaged. Want to do great work. Look after your people first and the opportunities seem to come. I have always believed this.”

For Andersson, the decision to go independent has had the added benefit of opening his eyes to opportunities and pursuits he might never have considered otherwise, including the creation of a signature fragrance brand that saw him and his team collaborating with, “some of the world’s finest master perfumers,” for a summer 2021 launch.

“Entrepreneurship is an entirely different world from the corporate mindset. There is no net, no monthly salary guarantee. I had to completely change my mindset, from being a somewhat spoilt corporate man, and realise I needed to roll up my sleeves and get stuff done – there wasn’t anybody else to do it. I have still kept the good aspects though, which are always striving to do world class work. In the end, all we can ever do is try to make things happen. Because life’s too short for average.”