The One Club for Creativity today announced agencies in Australia and New Zealand took home 19 Pencils ~ seven Gold, four Silver, eight Bronze ~ in The One Show 2021, as unveiled during the online global Creative Week 2021.  Saatchi & Saatchi Australia with Herd MSL led the way with six Pencils, including four One Show 2021 Golds, all for The Royal Australian Mint ‘Donation Dollar’.

‘Donation Dollar’ won three Golds in Direct Marketing, one in Physical Items, one in Integrated Campaign, and a third in Non-traditional & Guerrilla Marketing which was named last week as the Best of Discipline.  The entry’s fourth Gold Pencil was in Print, Promotional Items – Physical Products.

Clemenger BBDO with PHD Content, was Australia’s other Gold Pencil winner this year for Rexona “Pitvertising” in Out of Home, Apparel.

Other One Show 2021 Pencil winners in Australia are: 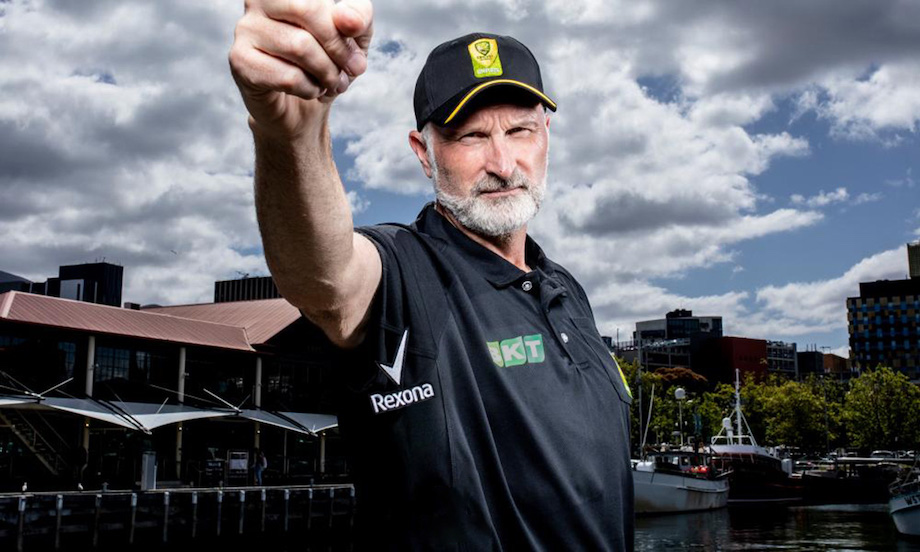 In New Zealand, Saatchi & Saatchi New Zealand with Starcom and MSL New Zealand, and Passion Pictures London, took home two One Show 2021 Gold Pencils, a Silver and a Bronze, all for “A Career-Limiting Campaign” on behalf of Global Women.

Special Group with Sweetshop won two Bronze Pencils, one for Tourism New Zealand “Good Morning World” in Creative Effectiveness, Multi-Country or Global – Consumer/Brand, and the other with Poem for Every Kiwi Vote Counts “Meddle in the New Zealand Election” in Integrated, Craft – Writing.

Globally, AMV BBDO London was a big winner at The One Show 2021, winning Best of Show, six Best of Discipline awards, and being named the show’s Agency of the Year.  The agency won all of its 12 Gold Pencils this year on behalf of client Libresse, with Best of Show going to “#wombpainstories”, which won Gold in Integrated, Interactive & Online, and Public Relations.

Other top Gold Pencil winners for the year include Area 23 New York with Claire’s Place Foundation Redondo Beach with 13 Golds for “Sick Beats” on behalf of Woojer.  Also with 13 One Show Golds is FCB New York, all for “Michelob ULTRA Courtside” for Michelob ULTRA, Microsoft and the NBA.

This year’s top One Show honors, based upon cumulative scores for Pencils and Merits won across all disciplines, are:

This year marked the inaugural One Show Fusion Pencil, the advertising and design industry’s first global awards to recognize great work that best incorporates diversity, equity and inclusion (DEI) principles and underrepresented groups in both the creative content of the work and the team that made it.

The first winners of this important award were FCB Inferno with Partizan, both in London, “This Girl Can” for Sport England, and The Bloc New York “The Call” for Empowher NY.

There were two winners of The One Show 2021 Green Pencil, recognizing the most environmentally conscious creative work for the year: Havas Turkey İstanbul “Water Index” for Reckitt/Finish, and Ogilvy Poland Warsaw “Green Instructions” for LEGO.

The One Show 2021 Sustainable Development Goals Pencil, created in cooperation with the United Nations Office for Partnerships and nonprofit PVBLIC Foundation to reward agencies and brands who utilize their talents and resources to create work which betters the world and contributes to securing a sustainable future for all, went to:

The One Show Cultural Driver Gold Pencil, recognizing influential ideas and executions that had a major impact in their respective cultures and environments, and exist outside the traditional categories in advertising and design, went to Edelman New York “A New Jingle for a New Era” for Good Humor, and Translation Brooklyn with Prettybird Los Angeles “You Love Me” for Beats by Dre

The prestigious One Show Penta Pencil, awarded to the agency and brand who together have created stellar creative work for the last five years, was presented to Saatchi & Saatchi New York and Procter & Gamble-TIde.