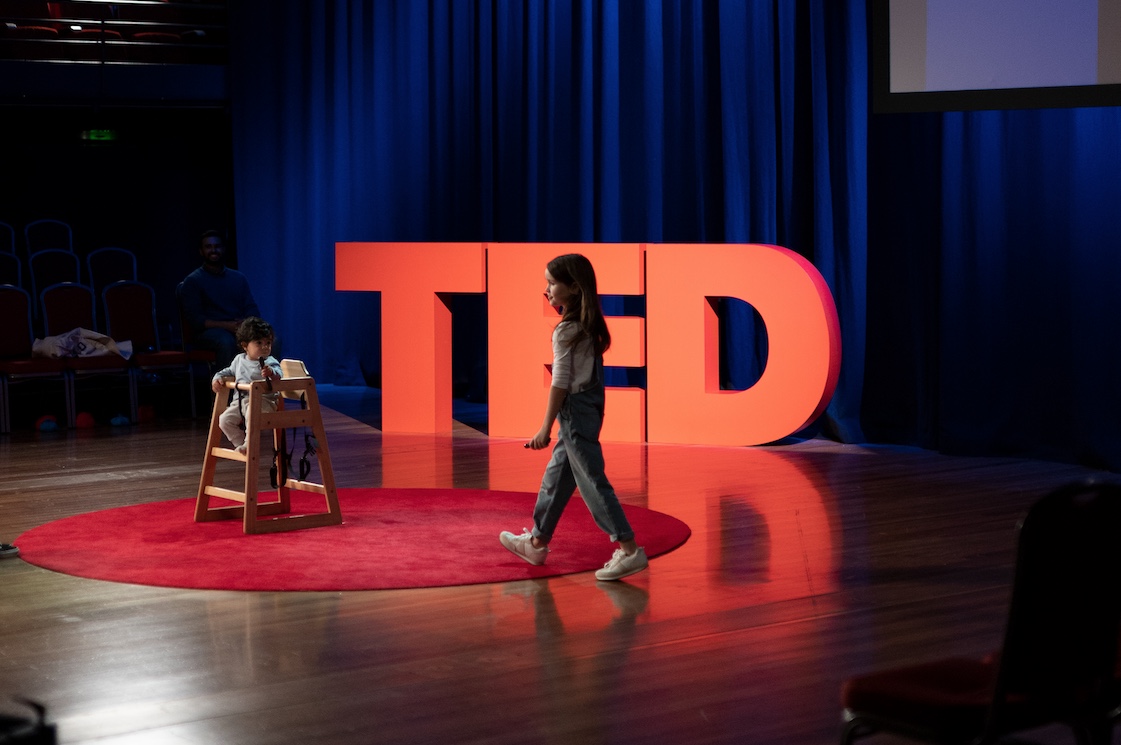 M&C Saatchi Group AUNZ and Minderoo Foundation are delighted to showcase a history making TED-style talk by a 7-year-old girl, set to change the way parents and caregivers around the world view early-childhood brain development, as well as exploring how adults interact with the world’s youngest citizens.

The talk, which was only recently released, has attracted over 12 million views (inc. 26,000 comments and an astonishing 323,000 shares) on TED’s Facebook, as well as an additional 5.7+ million times on their Instagram – all organic (one of the most viewed ever on these platforms).

Directed by internationally acclaimed filmmaker Michael Gracey (director of The Greatest Showman), the talk features one of the youngest ever TED speakers. Molly Wright, a Grade 2 student from Queensland, Australia, was chosen to deliver the important message to parents and caregivers the world over. The concept was the brainchild of The Minderoo Foundation, one of Australasia’s largest philanthropic organisations, and delivered through Minderoo’s Thrive by Five initiative in collaboration with M&C Saatchi Group AUNZ and FINCH.

As Thrive by Five’s primary target audience – mums and dads to be – the talk was piloted in hospitals around Australia. A staggering 96.1% of respondents, including doctors, nurses and midwives stated that they would encourage friends and family to watch the talk, with 91.4% suggesting that it has taught them the importance of the first five years and motivated them to connect, talk and play more often with children.

On the main TED site Molly’s TED Talk has been viewed 2.4+ million times with over 150 million impressions. Having now been selected as the ‘Most Popular’ video at the top of TED video page, with Chris Anderson, Head of Ted, posting on Twitter: “This new TED Talk by 7-year-old Molly Wright is exploding online. If you’re a parent, or you know a parent, please watch and share!”

UNICEF, the talk’s global distribution partner, has begun sharing the film with its Country Offices and National Committees, while posting the films across its global channels. Bayat Foundation has arranged for the film, news story and PSAs to be played every two hours between 7am-8pm across TV, News, Radio and Hospital networks in Afghanistan. The implementation of this initiative in countries such as Afghanistan is more important than ever given the current political unrest.

Meanwhile, Ramsay Health Care is sharing Molly’s Talk as part of its ORIGINS project – the largest study of its kind in Australia following families over a decade to improve child and adult health.

Since the release, Molly and her parents have featured on the Today Show, A Current Affair and Good Morning Britain with more international media to follow; and will be playing on 1,400 screens across Australia through Tonic Media (valued at over $850K) with the 30 & 15 seconds CSAs already playing across Australian networks.

Says Justin Graham, group CEO, M&C Saatchi AUNZ: “The M&C Saatchi Group is incredibly proud to be a part of this initiative with Minderoo and the talented team at FINCH Sydney. Whilst the Ted video was primarily launched via social media, and hospitals around the world, our team has created a connection plan that will deliver this important message at all moments where a new parent or guardian will need it most. Minderoo is an organisation which is truly giving back, and creating change on a global level. We are delighted that we are able to partner with them to realise their ambitions through creative thinking.”

Molly’s Talk is now available in 18 languages (including English, Spanish, French, Russian, Chinese, Arabic, Hebrew, Romanian and Thai) – with new languages available each day. In addition there are dubbed versions of the film in Dari, Pashto, Uzbek, Hindi, Urdu & Bahasa.