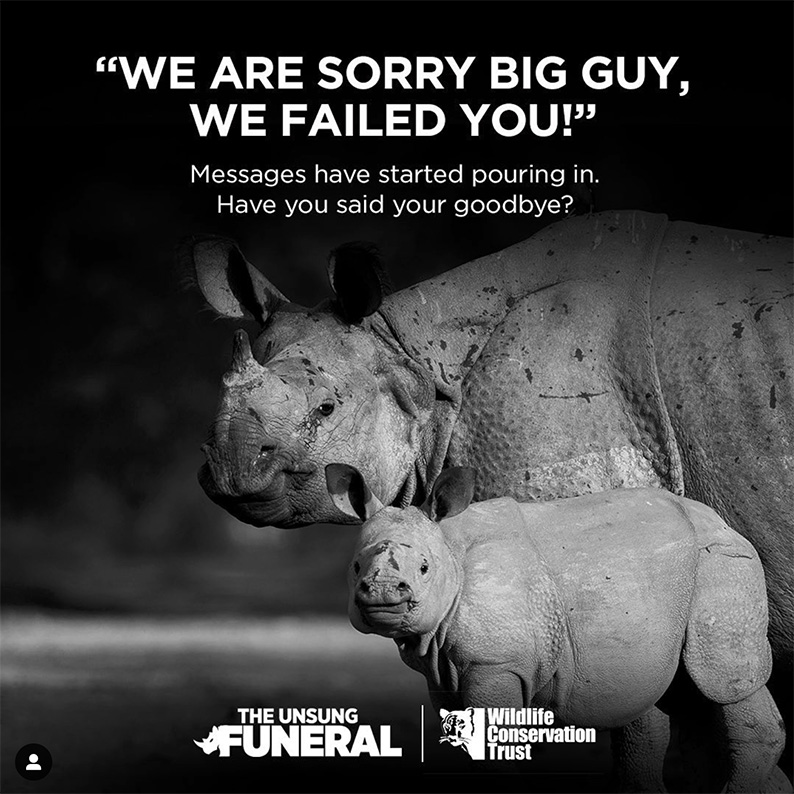 For decades, thousands of rhinos around the world have been brutally killed for their horns. In a world where superstition often trumps science, the horns are widely believed to have healing and aphrodisiacal properties. However, there is no scientific proof backing these beliefs. On World Rhino Day – September 22, 2021, the Assam State Government sensitised the world against rhino poaching and drew attention towards the dwindling numbers of this endangered species.

Despite the government’s best efforts, a strong message needed to reach an audience beyond the confines of bureaucracy. This is when the Wildlife Conservation Trust (WCT), in association with Isobar, dentsu X and Perfect Relations – all from the house of dentsu India, stepped in to turn such an unprecedented event into ‘The Unsung Funeral’. The event was mass viewed in unison by thousands of wildlife lovers.

Activating WCT’s social media handles, messages of condolences and solidarity were crowd-sourced in the form of comments. A selected few were printed as obituaries in leading national and local dailies. On the morning of September 22, 2021, people across India warmed up to columns after columns of obituaries, bidding a final goodbye to rhinos whose horns were about to be put to flames. Prayers made way with innovation, as each obituary ad came with a QR code. Post scanning the QR code, one was directed to the live-streaming of the mass burning on their mobile screens. 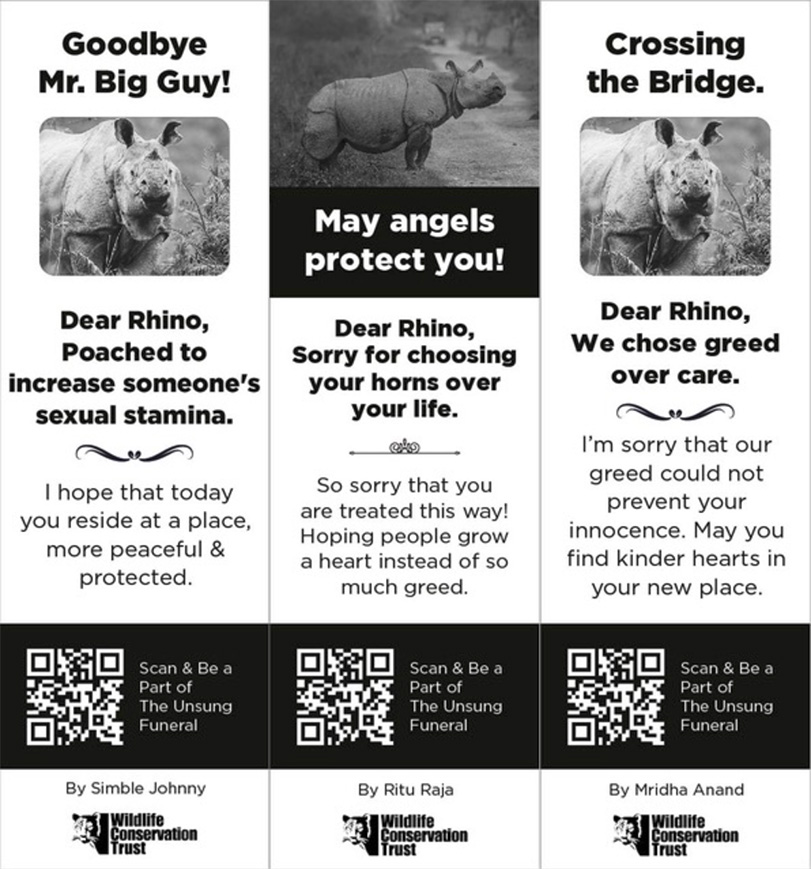 Dr. Anish Andheria, President, Wildlife Conservation Trust, said: “WCT works closely with state Forest Departments across India to improve the forest protection mechanism and develop long-term conservation solutions to protect various species and habitats. Over the years, the frontline staff of Assam Forest Department has done an incredible job of putting their lives on the line to bring back the population of the highly endangered greater one-horned rhinoceros from the brink of extinction. Through this social media campaign, WCT extended a token of support to the Assam State Government. The Assam Government’s decision to burn more than 2,000 rhino horns, retrieved from the state’s stockpiles, is an emboldening step in the right direction. It speaks of India’s undying commitment towards protecting its rhino population. By burning the horns, the Assam Government reiterated the fact that the rhino’s horn is best used by rhinos, not by humans.”

Aalap Desai, National Creative Director, Isobar India, said: “When we came across this news, we were astounded by how important it was and yet how unimportant it was to us because people had no clue. Caring for a cause begins with thinking about the cause, which starts with knowing about it. If we want today’s generation to work towards saving the rhinos, we need to make them part of the conservation journey and involve them in it. Doing a series of obituaries not just created shock and awe, but crowdsourcing them created a sense of participation. And just adding the QR code gave everyone a quick way to participate in the event.”

Rahul Vengalil, Managing Partner, Isobar India, said: “Sometimes innovation is about developing a new technology but at other times, it is also about using an existing medium divergently. In this case, using the obituary space in a newspaper, which is for paying homage to people to pay our last respects to thousands of rhinos that were killed, was an innovative way of using the space. We felt very strongly about this cause and our dentsu agencies- Isobar, dentsu X & Perfect Relations, came together to make this idea a living reality. This campaign is a good example of innovation with integration for us.”

It is pertinent to note here that ‘The Unsung Funeral’ saw the attendance of thousands virtually, giving rhinos the farewell they deserve and showing that death too can send an important message for the ones still alive. With millions worth of pro-bono media coverage and several impressions, the desired message was conveyed that ‘rhino horns are valuable only to rhinos. Not humans. 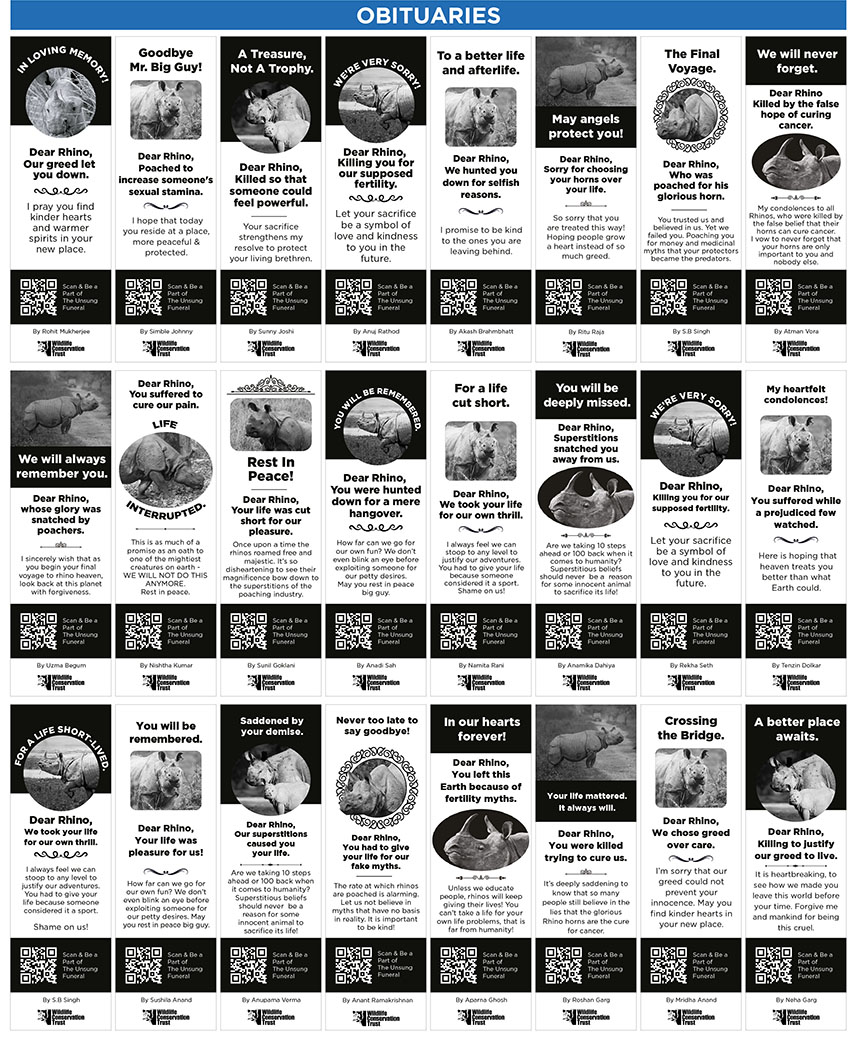 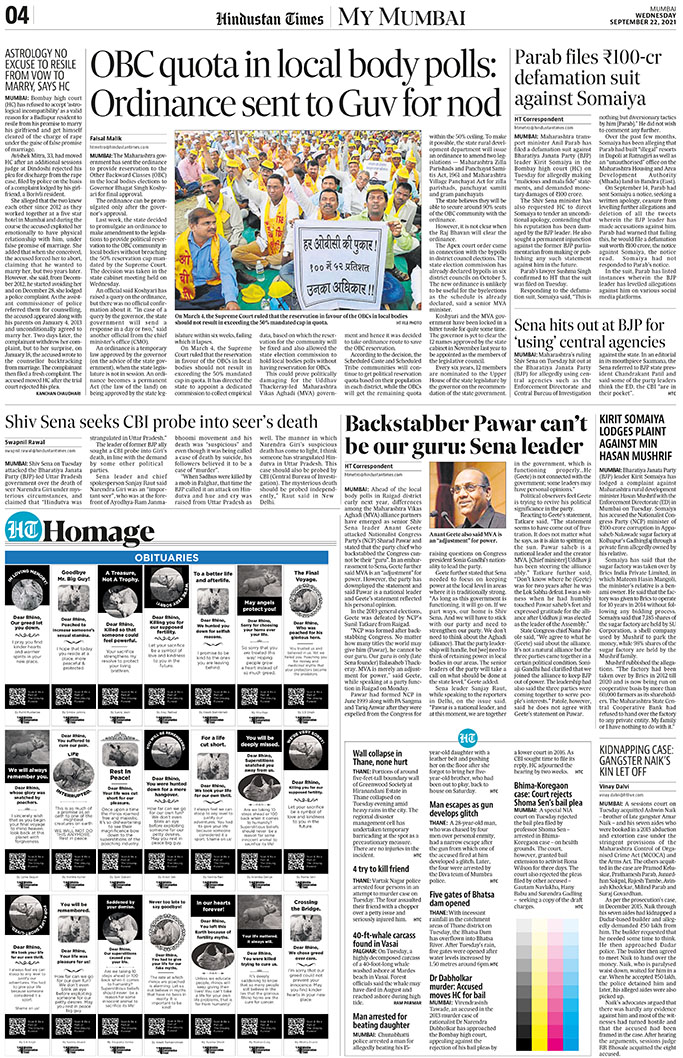 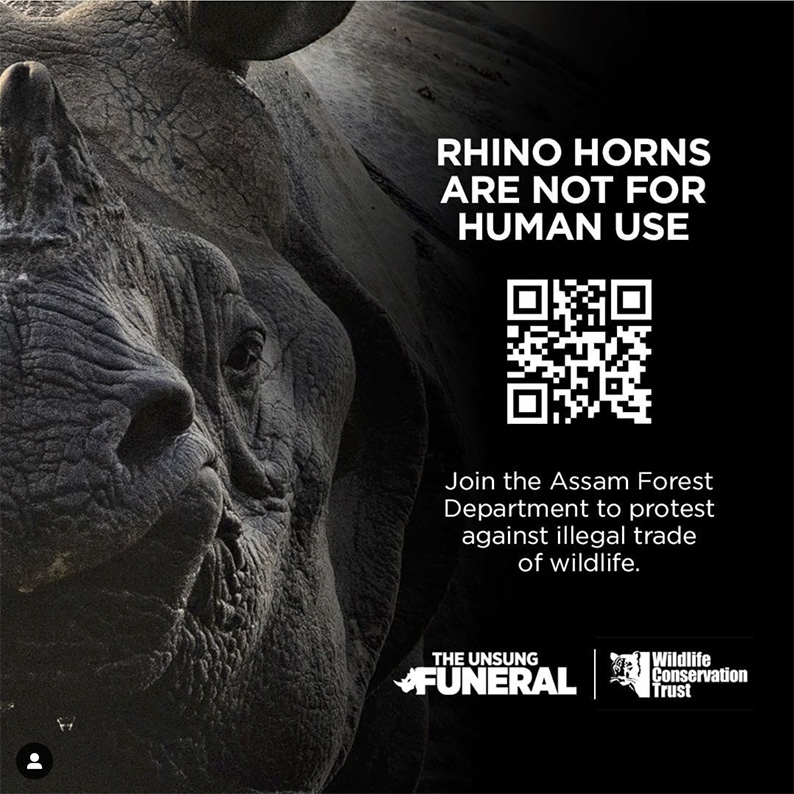