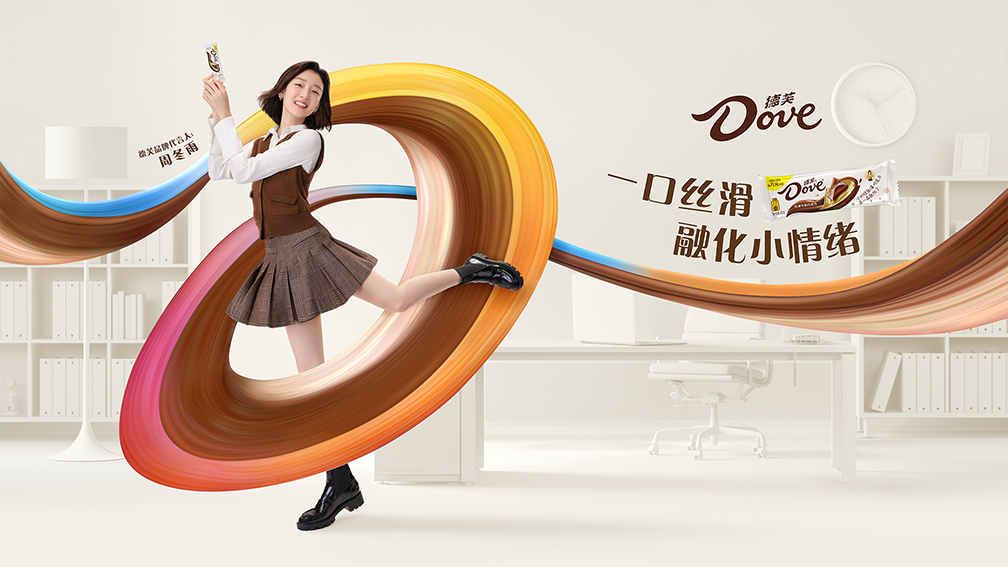 Dove, the biggest chocolate brand of Mars in China has launched a new campaign created via BBDO Shanghai.

As a brand that has championed consumers to “Put Pleasure First”, Dove saw a new opportunity to drive top of mind awareness and a new consumption occasion, by targeting an area where pleasure is too often forgotten – in the workplace.

With a background of 996 (9am to 9pm, 6 days a week) and an all-time high rate of workplace dissatisfaction among young office workers, the challenge was to remind people about Dove’s Pleasure First attitude when they are at work.

“Workplace low emotions are becoming such a ubiquitous phenomenon in China as the competition and pressure has intensified in recent years,” Harry Chen, Group Planning Director at BBDO Shanghai said, “and the increasing uncertainty as a result of the global pandemic makes it even worse. People look for console, and chocolate can help with its ability to increase the levels of serotonin and dopamine. Dove has always been a brand that stands for pleasure, so we felt we had the opportunity and responsibility to help Chinese people cope with these low emotions a little bit better and experience more pleasure.”

Arthur Tsang, CCO at BBDO Shanghai and Global Creative Lead on Mars, said: “While we know Chinese office workers don’t have a habit of reaching for Chocolate when they are stressed, they do turn to short video platforms for a little escape. So, we asked ourselves, can we interrupt their break sessions with videos that can make them feel the pleasure of chocolate directly? That’s what we call “Oddly Pleasurable” videos -short audio-visual experiences that can scientifically bring a pleasurable feeling of satisfaction and relaxation, much like the sensation of eating Dove chocolate.“ 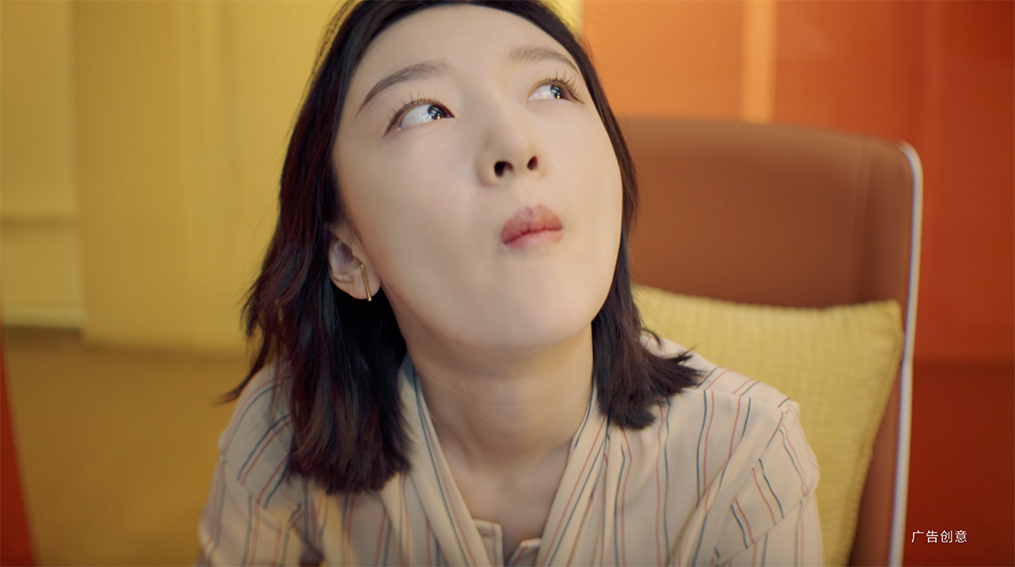 Kyu Moon Lee, Mars Wrigley China Brand & Content VP, said: “Brands should shift their approach from selling to serving consumers. I am very proud of our approach to be a ‘pleasurable’ partner for people, helping them to smoothen their low emotion in the workplace with a bite of silky-smooth chocolate. In addition, the agency team did a great job to integrate the new modern and contemporary Dove/Galaxy brand identity into creative creation. A visual language is bold enough to lead change, and genuinely make chocolate better and you feel better, using passion and optimism to tell our stories visually and distinctively.”

Unlike previous campaigns that have employed ASMR or oddly satisfying techniques, the entire campaign was produced in close collaboration with celebrated neuroscientist, Paul Zak, a Professor at Claremont Graduate University. This process involved expert consultation at the storyboard and planning stage, through to the use of Immersion neurological response testing to make iterative choices for the final two films.

The stories were set against two low emotions– disappointment and stress in the workplace. Dove’s brand ambassador, Zhou Dongyu, finds herself in these occasions, but rather than let them get her down, she playfully decides to create an “oddly pleasurable” video out of the things that made her disappointed or stressed.

On social media, a behind-the-scenes documentary was released, chronicling the making of the whole ideation, production and neuro testing process; On Douyin, a re-edited Zhou Dongyu film was released to encourage consumers to experience the oddly pleasurable created content; On Weibo and Douyin, Dove together with influencers released more oddly pleasurable videos that leverage the actual chocolate product, and encouraged consumers to create their own oddly pleasurable videos. Besides, Dove also collaborated with a range of TV dramas, building strong linkage with the workplace occasion.

The brand experience is completed by a series of special packs featuring five different taglines that express pleasure attitudes towards low emotions at work, giving shoppers instant encouraging messages to have a piece of Dove and put their pleasure first. 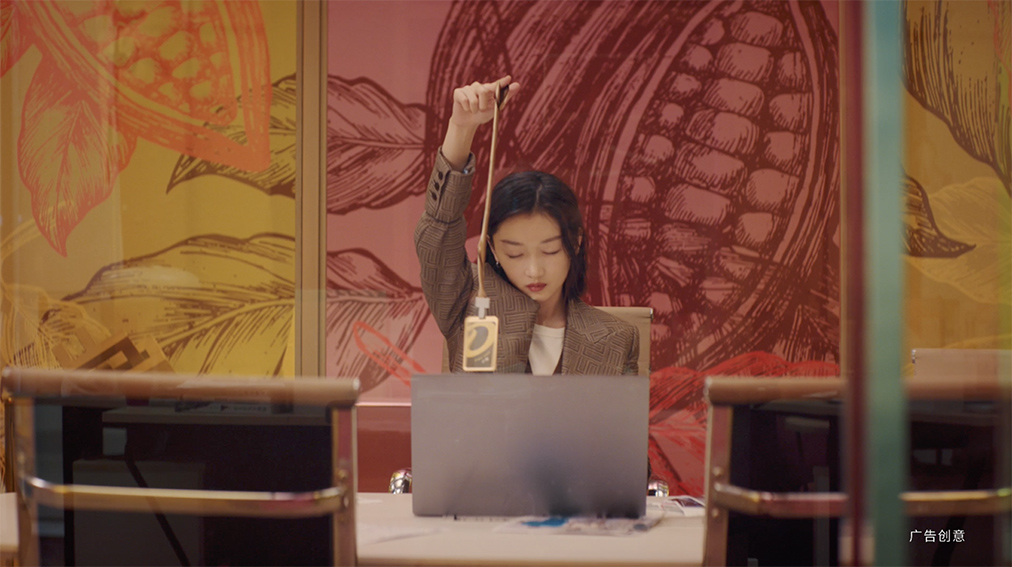 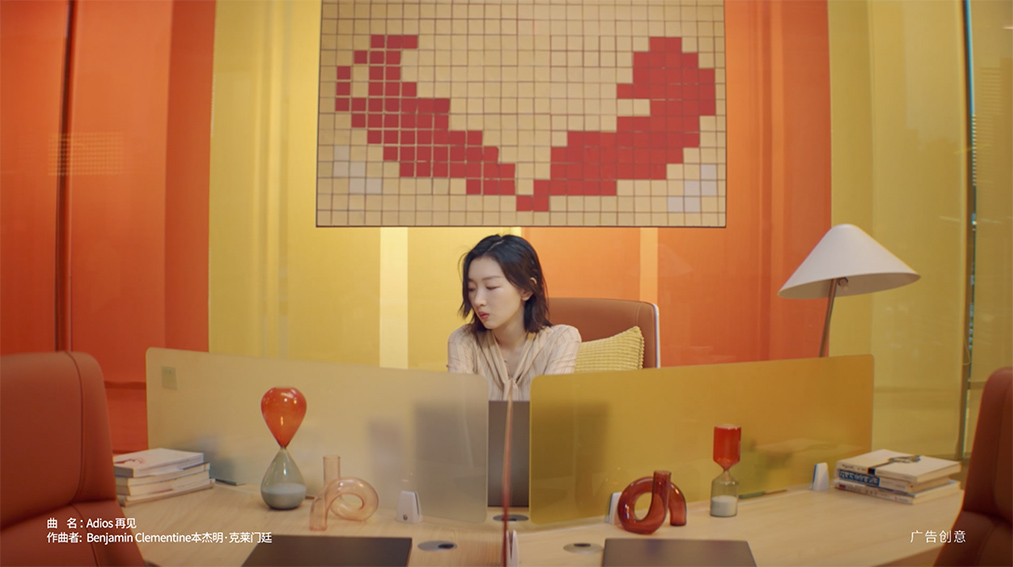