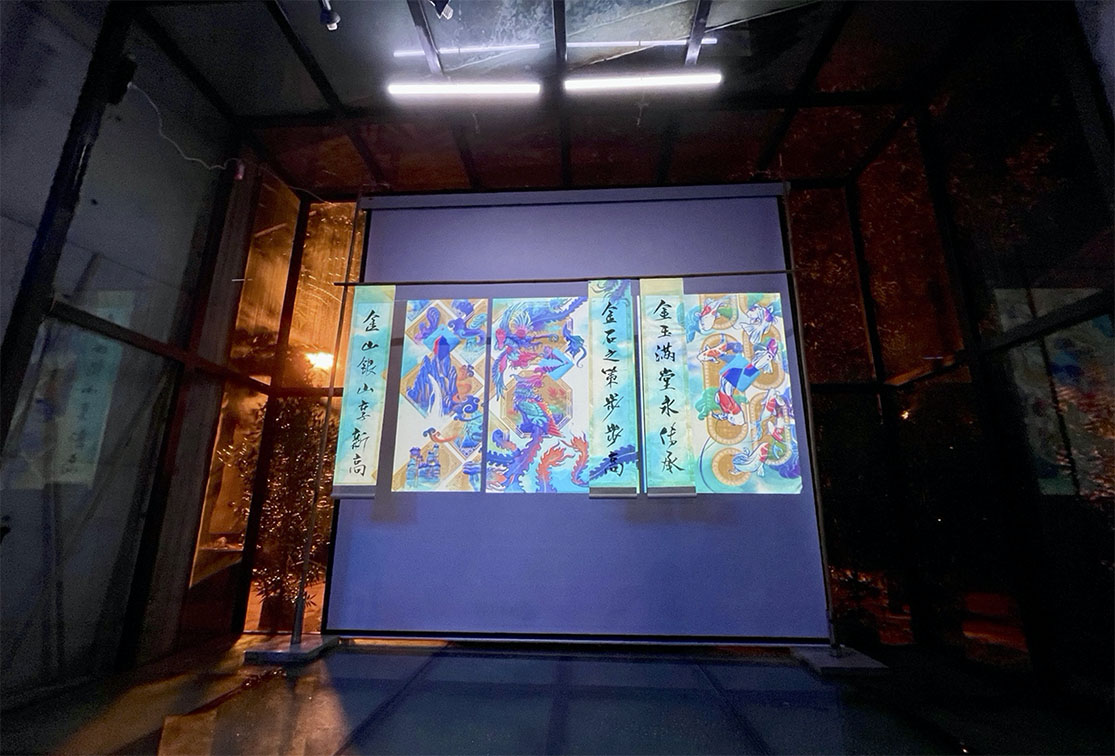 FCB Malaysia and RHB Premier recently introduced Golden Wisdom, an integrated campaign that aims to convey RHB Premier’s belief in applying the century-old bank’s tried and tested financial wisdom of the past to the wealth and investment landscapes of today and tomorrow.

At the heart of the campaign is the documentary-meets-social-experiment brand film, which features two renowned custodians of Chinese art – traditional calligrapher Ong Chia Koon (pictured below left), and contemporary visual artist Jaemy Choong (pictured below right). The film documented the two artists’ stark differences in their artistic approaches and beliefs, before challenging them to bring to life three wealth management concepts using their own respective art forms… with a twist. As the the two artists were creating their work – Chia Koon constructing the words of wisdom through strokes of his signature calligraphy, and Jaemy designing his modern visual interpretations of the concepts – neither of them were aware of each other’s existence even though they were just a few feet away from each other! At the end of the challenge, both of their works were dramatically combined to create artistic masterpieces that were greater than the sum of their parts. The two artists, meeting for the first time throughout the whole co-creating process, then came to a realisation that the wisdom of yesterday can indeed guide one today to the success of tomorrow.

Aside from their appearance in the film, the three Golden Wisdom artworks – stunning fusions of traditional strokes and modern touches – were then used as print advertisements, social media content and other communication materials for RHB Premier’s suite of wealth management products.

Abdul Sani Abdul Murad, Group Chief Marketing Officer of RHB Bank, said, “Golden Wisdom has been a very exciting project for us because it was the first brand campaign for RHB Premier. As such, it was imperative that we did not only stop at embarking on something that no other financial institutions in Malaysia had attempted before, but also clearly establish the philosophy behind the bank’s approach to wealth management and investment. And I believe we’ve achieved that with the help of Chia Koon and Jaemy, two personalities from different ends of the artistic spectrum who managed to leverage on their respective past and present techniques to co-create something that neither of them could achieve alone. To me, this collaboration is a true encapsulation of our brand belief of ‘Together We Progress’.”

Tjer, FCB Malaysia’s Creative Director, added, “Selling the idea of Golden Wisdom during the pitch was an exciting experience for us, because it was such a refreshing, bold and ambitious take on a subject that’s generally perceived as uninteresting due to financial institutions always choosing to ‘play it safe’ when it comes to premier banking communications. And if I’m going to be totally honest, that was also the reason why our excitement quickly turned into nervousness after we had won the pitch. Pushing the envelope of creativity to introduce a brand that’s as well-regarded as RHB Premier could only end in two ways — a complete disaster or a resounding triumph. But thanks to the good people at RHB Premier who never stopped believing in us and the idea, and the amazing efforts of our production partners in Restless Productions and GT Records, this campaign came out a winner.”

Ong Shi Ping, Co-owner and Chief Creative Officer of FCB Malaysia, concluded, “What we’ve achieved with Golden Wisdom is building a sustainable platform for the bank to continue introducing their wealth and investment products around a compelling and unique story behind the brand’s philosophy. So, Golden Wisdom marks the start of a long and exciting journey for RHB Premier, and you can expect to see a lot more audacious work from the brand in the near future.”