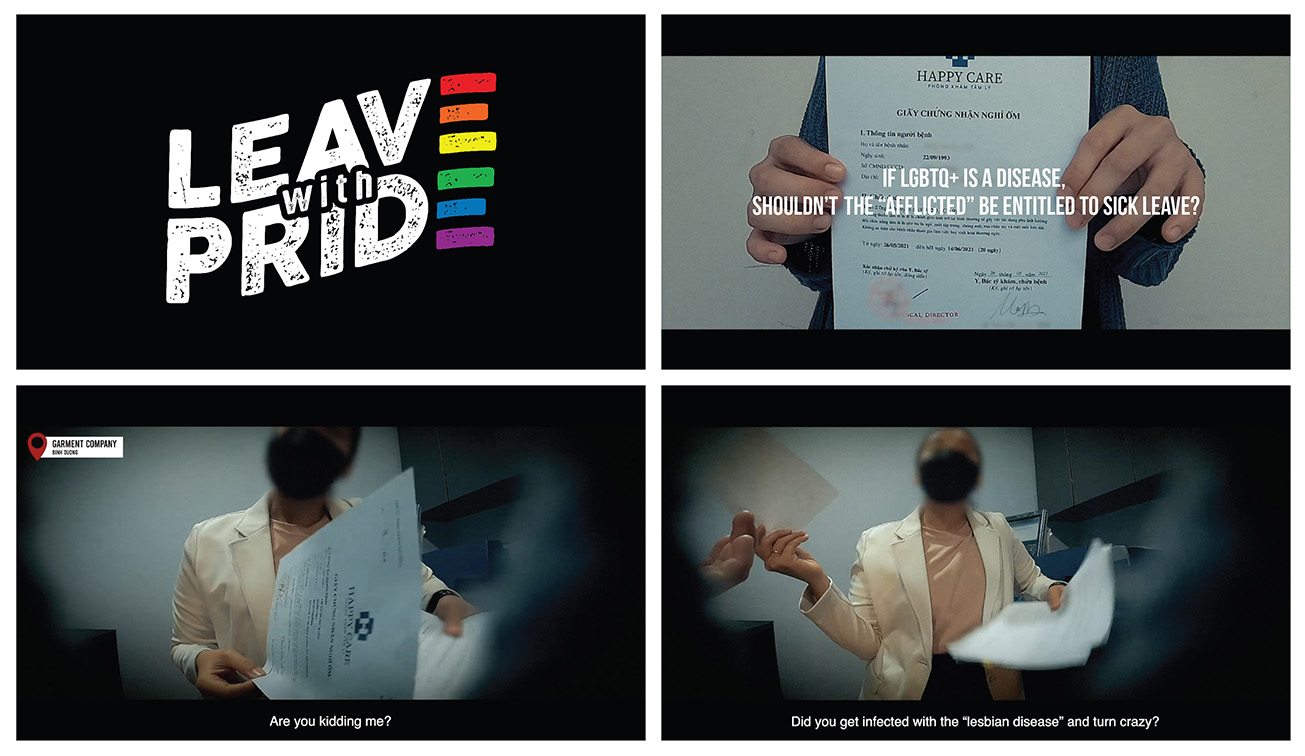 MullenLowe Singapore has partnered with the Institute for Studies of Society, Economy and Environment (iSEE), Vietnam’s foremost organization fighting for human rights and diversity to highlight the stigmatisation and discrimination experienced by the country’s LGBTQ+ community often leading to depression and even suicide.

Over 30% of Vietnamese people believe that being LGBTQ+ is a disease, and the campaign seeks to petition the World Health Organisation (WHO) to affirm that this is not the case. The stigmatisation and discrimination against LGBTQ+ people, particularly evidenced by the popularity of ‘gender treatments’ and conversion therapy, leads to physical and mental trauma that can last a lifetime.

The campaign ‘Leave with PRIDE’ follows the absurd belief that LGBTQ+ is a disease to its logical conclusion: “If LGBTQ+ is a disease, shouldn’t the “afflicted” be entitled to sick leave?”. The team asked practising doctors to issue a valid medical certificate, then enlisted LGBTQ+ volunteers to go undercover and ask their superiors for sick leave. The reactions – often shocking – were captured on video and posted online as part of a four-week social campaign launched on 3 November – the beginning of Pride Month in Vietnam.

Initial results are promising – 36 hours after the video went live on Facebook, the campaign has attracted 100,000+ impressions, 35,000 engagements and more than 2,900 people have signed the online petition.

Daniel Kee & Ang Sheng Jin, Executive Creative Directors, MullenLowe Singapore, said: “It is sobering to remember that in this day and age, despite all the progress we’ve achieved, basic rights and respect are still withheld from entire segments of the community. Our job isn’t to cancel or lecture, but rather, provoke meaningful discussions that lead to change – in this case, to remove ‘disease’ from the LGBTQ+ lexicon. The word implies the need for treatment, a risk of contagion – it really gets in the way of acceptance.”