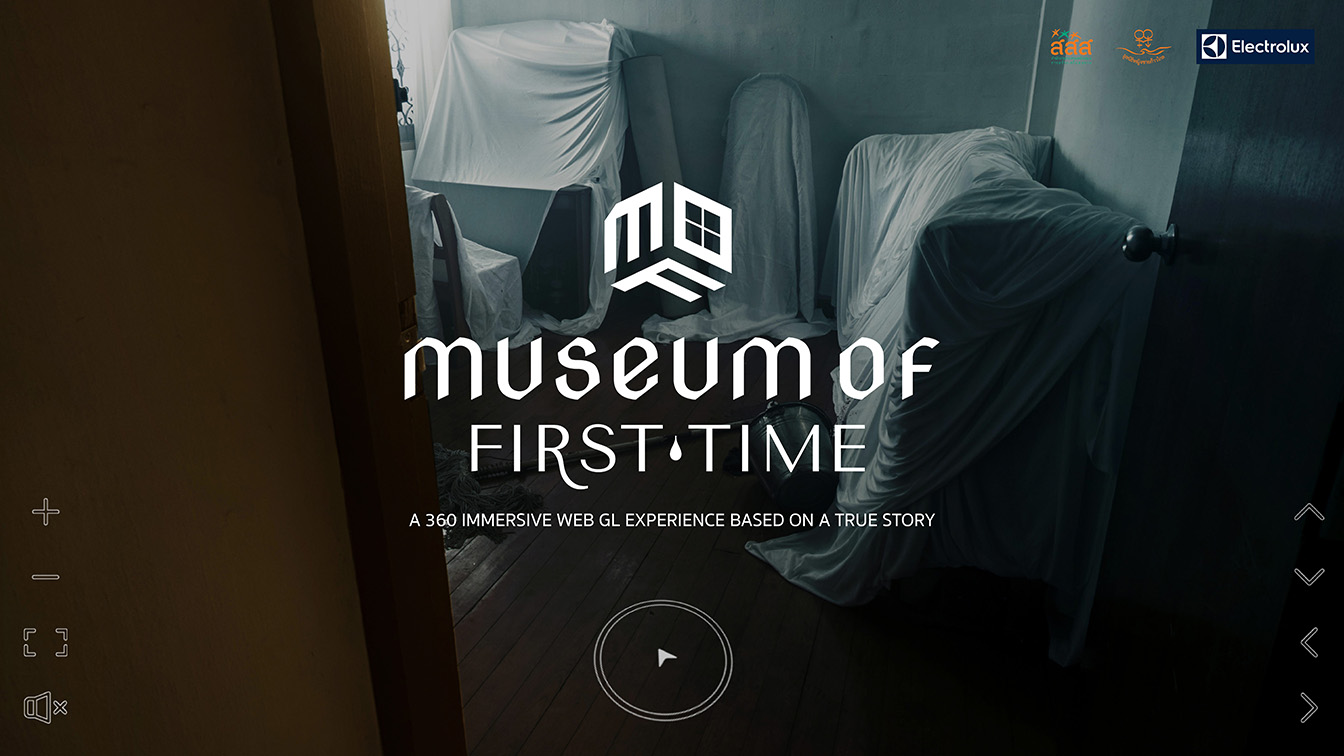 Women and Men Progressive Movement Foundation, Wunderman Thompson Thailand (who created the “Home is not a boxing ring” campaign), Electrolux, and Thai Health Promotion Foundation has teamed up to raise awareness about domestic violence. The campaign marks the International Day for Elimination of Violence against Women (November 25, 2021) with the new concept “#OnceIsEnough,” which addresses the insight that every woman remembers her “first time” experience with everything in life. However, due to COVID-19 events and marches that are regularly organized by the organization were unable to take place.

The statistics of women who were abused during COVID-19 in a case study of 1,692 people aged 20 and over in Bangkok and surrounding provinces, collected from October 17-23, 2021, revealed that 53.1% of women experienced verbal violence (ridiculing, insulting, cursing), followed by family neglect (35.0%), humiliating and exposing each other through social media (22.6%), physically harm (20.2%), and cheating and adultery (20.2%). Furthermore, 18.9% of the acts were committed while drunk or after consuming alcohol.

Since 2020, there were 71 cases of women facing domestic abuse who sought counseling from Women and Men Progressive Movement Foundation, and 100 percent of those cases were repeated. This means that these women have been subjected to domestic violence on more than one occasion.

As a result, Wunderman Thompson proposed a solution that allows everyone to experience the #OnceIsEnough concept no matter where they are: By using “virtual museums” – a popular activity during the pandemic that allowed people to visit galleries or museums all over the world – we disrupted the virtual museum trend by creating the Museum of First Time, the first virtual museum based on a true tale of a victim of domestic violence.

The Museum of First Time is an immersive experience featuring a 360-degree view that simulates an actual environment and a real story from a real domestic violence victim.

The museum takes you from the doorway that tells a romantic story; a first gift, a first couple photo, to the more bitter side of love; a first wound, a first promise, a first lock up, and a bleeding. The conclusion of this exhibit confronts you with a video of the actual victim. Before leaving the museum, you can anonymously share your story on the website. There is also a share button to share your museum ticket and invite those you care about to experience the museum. The Museum of First Time is accessible through various devices, including mobile phone, tablet, computer, or laptop. 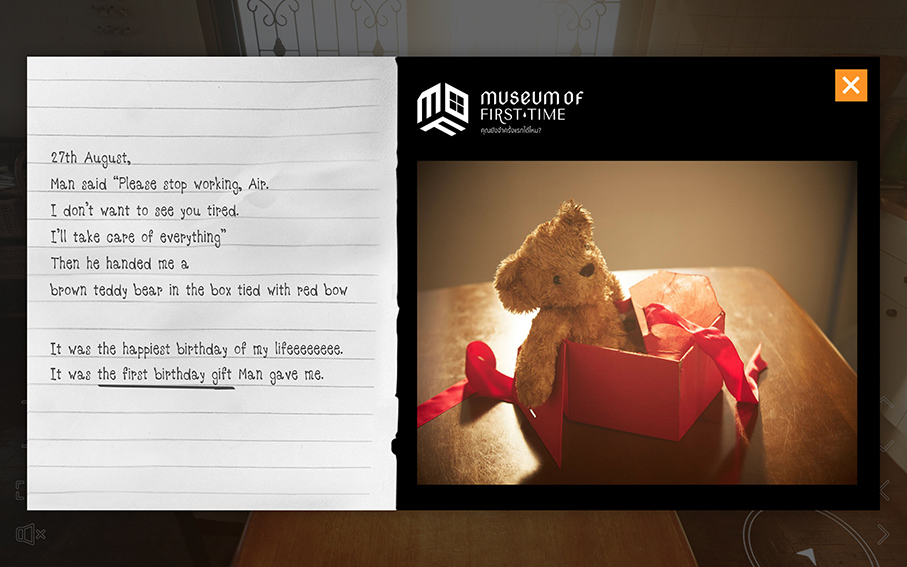 Jaded Chouwilai, the founder of Women and Men Progressive Movement Foundation, said: “This is a terrific effort that allows everyone to learn about domestic violence through the virtual museum. To learn from a real-life case study on how a first-time victim was abused. From a romantic moment to a fight that escalated into more violent behavior. This will demonstrate to everyone that domestic abuse never ends with the first time. Even though men always apologize and make promises, they can never keep those promises and still hurt their partner. This will raise awareness among women and the general public about the dangers of this issue. In some cases, it may result in the victim becoming crippled. We want every woman to be aware, to stand up for her rights, to know how to protect herself, and to know where she can get help. We want everyone to learn from our campaign and put an end to the pattern of domestic violence. ”

Chanikarn Sitthiare, Creative Group Head from Wunderman Thompson, said: “This campaign began with raw data provided by the foundation, which stated that when domestic abuse occurs, there will be numerous apologies and promises from men, and women will trust and believe their partner because they believe it will never happen again. However, in every case, more severe violence follows, and in some cases, the victim is murdered. We chose to focus on an insight about women’s first-time experiences. When we talk about “first time,” we normally think of a positive term. It prompted us to recall positive memories and stories, especially of women’s romantic experiences. As a result, we redefine the term “first time” in a more realistic context. Finally, it turned to the virtual museum with the “Museum of First Time” concept. We believe that the Museum of First Time will raise women’s awareness of the issue and encourage them to leave abusive relationships, which the foundation will support with all of their resources, both legally and in advice on how to start a new life. We want to reach those who have not yet been abused as well. We hope that if they ever have to deal with domestic abuse, they will end it the first time. Importantly, we hope that domestic abuse will be extinguished in Thailand, and that we will never have to make a campaign on this issue again.”

Women and Men Progressive Movement Foundation was founded to promote gender equality by educating victims of domestic abuse and gender-based violence about their rights and how to seek help in a variety of ways, including hotlines and Facebook. The foundation provides a volunteer lawyer, a social worker, and a connection to public sectors that are ready to support and protect women from issues. Furthermore, the charity is constantly communicating to raise awareness about how patriarchy can lead to violence. The organisation feels that in order to fix the problem in the long run, people’s perspectives and mindsets must be changed. Finally, it aims to have a gender-balanced society.

You can visit the Museum of First Time at www.museumof1sttime.com 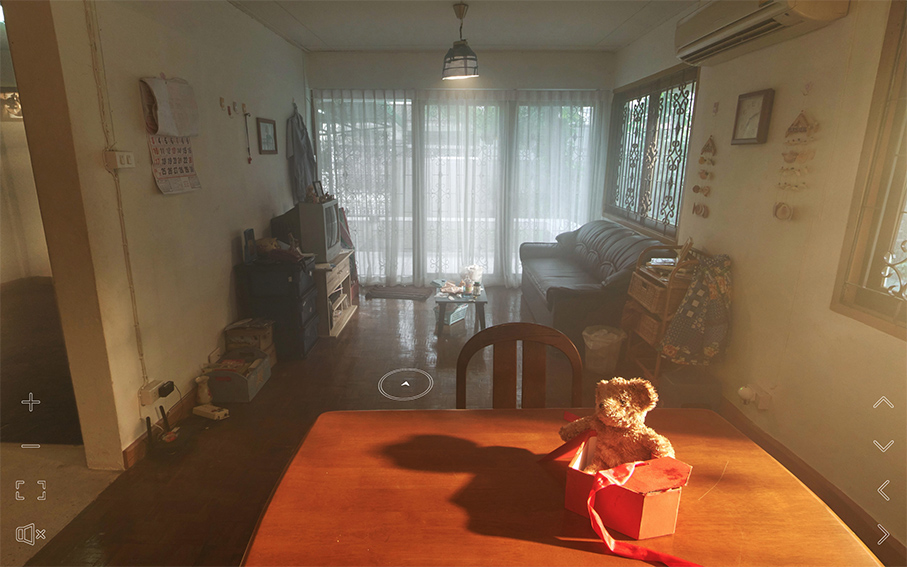 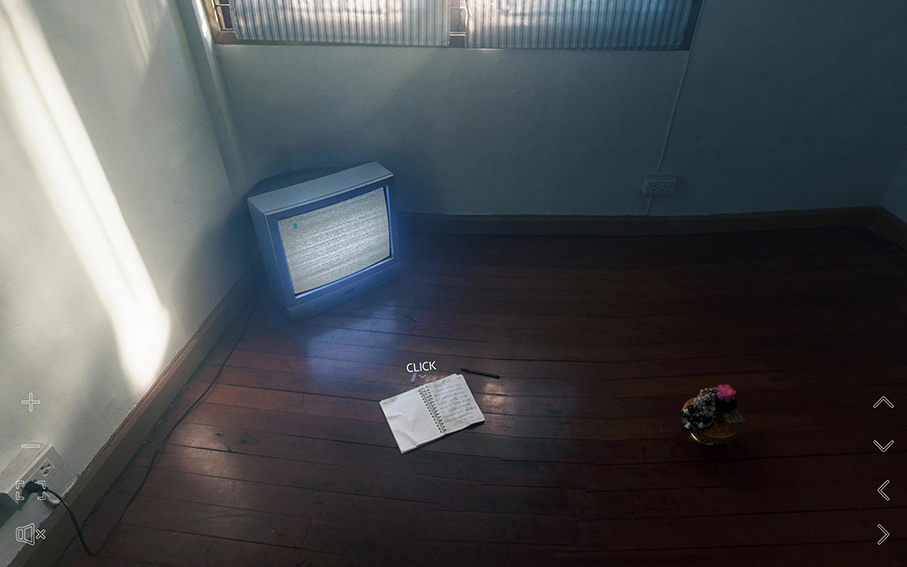 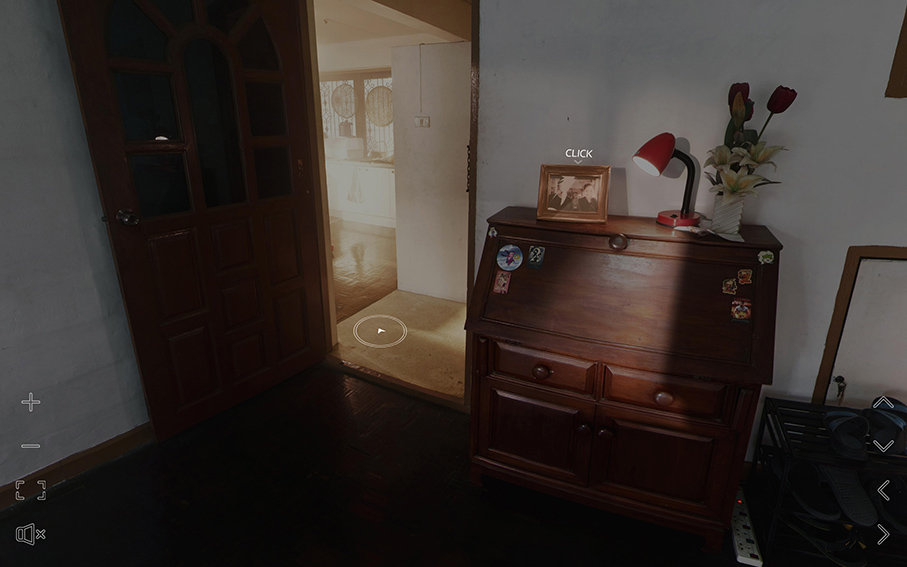