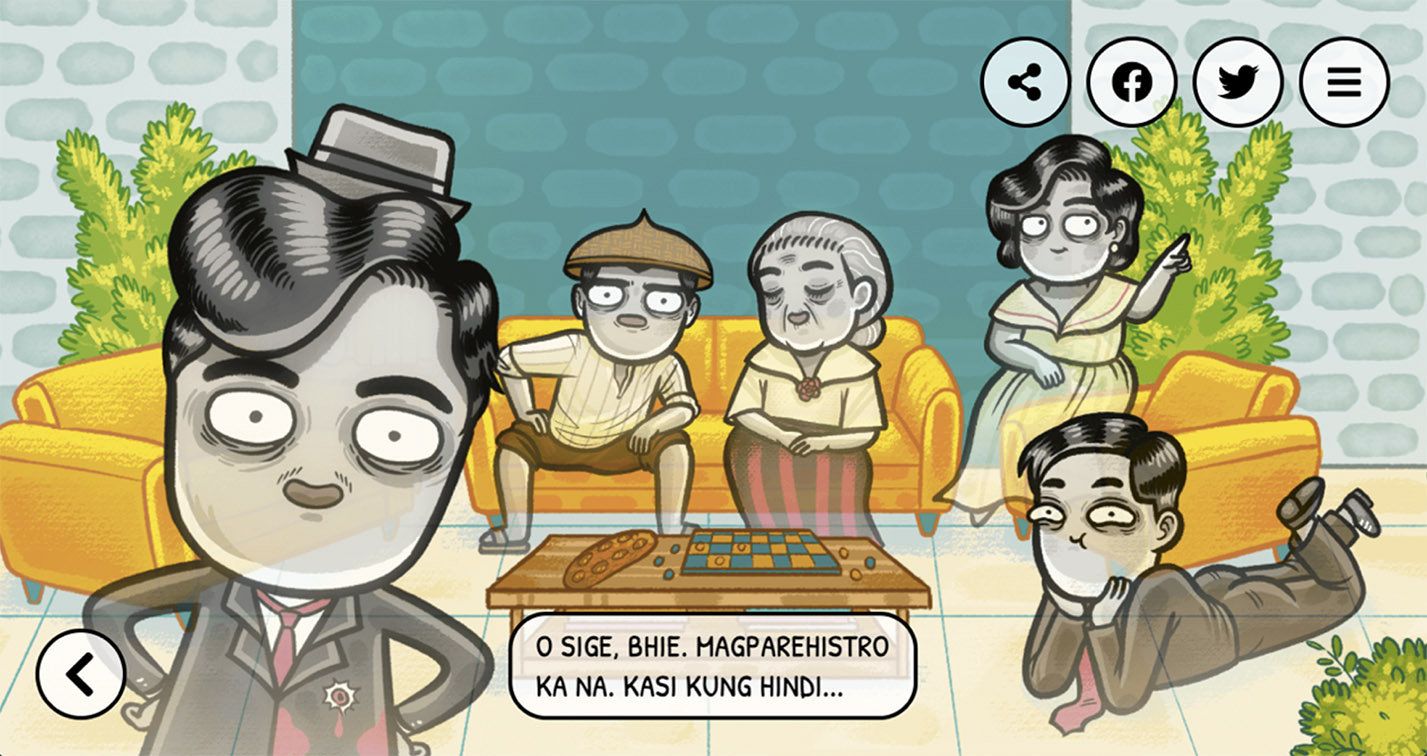 As of 2020, an estimated 70 million Filipinos are eligible to vote. However, only 81% or 57 million are registered according to the COMELEC.

With the election season fast approaching in May 2022, COMELEC needed to come up with a way to encourage more Filipinos to register, most especially half of the voting population which are made up of Millennials (36%) and Gen Zs (13%).

“It became our main goal to persuade these young Filipinos to register without patronizing or intimidating them,” shares COMELEC Spokesperson and Director James Jimenez. “They are next in line to build the nation in the future, and giving them an opportunity to decide for the country will benefit everyone.”

From its launch last June 2021, MagparehistroKa has registered almost 3.6 million sessions and over 3.4 million unique visitors coming in from Facebook and Twitter. And because the website also has a link direct link to the iRehistro site, the COMELEC page was accessed by 17% of visitors. 6% downloaded COMELEC forms to use, exceeding the industry average of 2.35% to 5.31%.

The interactive website, powered by Google Cloud, reintroduced visitors to the “ghosts” of National heroes who narrated their sacrifices for the country and paved the way for democracy. These heroes playfully urged netizens into completing their registration “or else”. 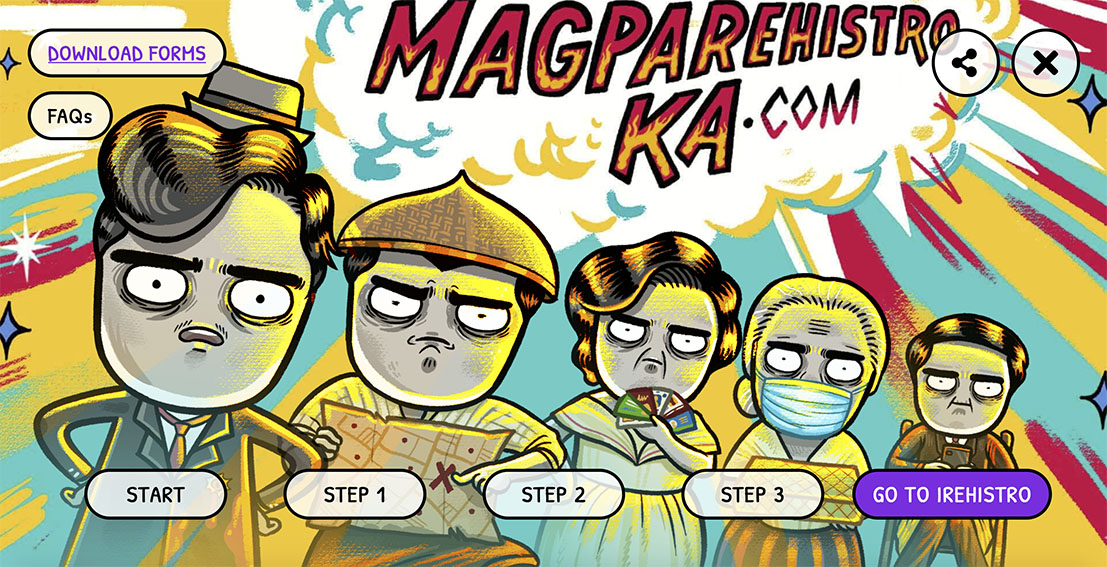 Project collaborator Dashboard Philippines also integrated Google Maps, which helped registrants locate the nearest COMELEC OEOs or satellite registration sites from their location. Part of the narrative integrated in the website also listed the items to bring to follow proper health and social protocols. The site also directed visitors to COMELEC’s iRehistro site where they can accomplish required details and complete their registration.

Celebrities like Alden Richards, Bianca Gonzalez-Intal, and Jasmine Curtis-Smith who noticed social posts from the Twitter accounts of Google Philippines and COMELEC also helped in promoting the site.

As a final push when COMELEC extended voter registration until the end of October, special OPM playlists were also launched at Spotify and YouTube Music that registrants can listen to during long waiting periods at the registration sites. Listeners chose from three OPM playlists ranging from rock anthems to girl power tunes and mellow ballads.

Direct traffic to the website also spiked between October 26 and 29 due to a Facebook reminder that helped users register before iRehistro officially closed at the end of the month.

Since voter registration has been officially closed, COMELEC estimated over 64 million registered voters, with 5.4 million new applications processed. This statistic greatly surpassed the commission’s initial target of 59 million registered voters and 4 million new registrants for the May 2022 elections. These promising statistics may have also been the result of COMELEC’s efforts to establish additional satellite and mall registration sites that helped Filipinos to finally submit their registration.

“These results are truly overwhelming because 1) it went past our initial targets, and 2) now more young Filipinos will be involved and participate in the elections for the first time,” said Jimenez.

The website has received generally positive reactions from netizens, praising the quirky illustrations of our National heroes, while also abiding by their “advice” to register – further proving Rizal’s statement that “the youth is the hope of our country”.