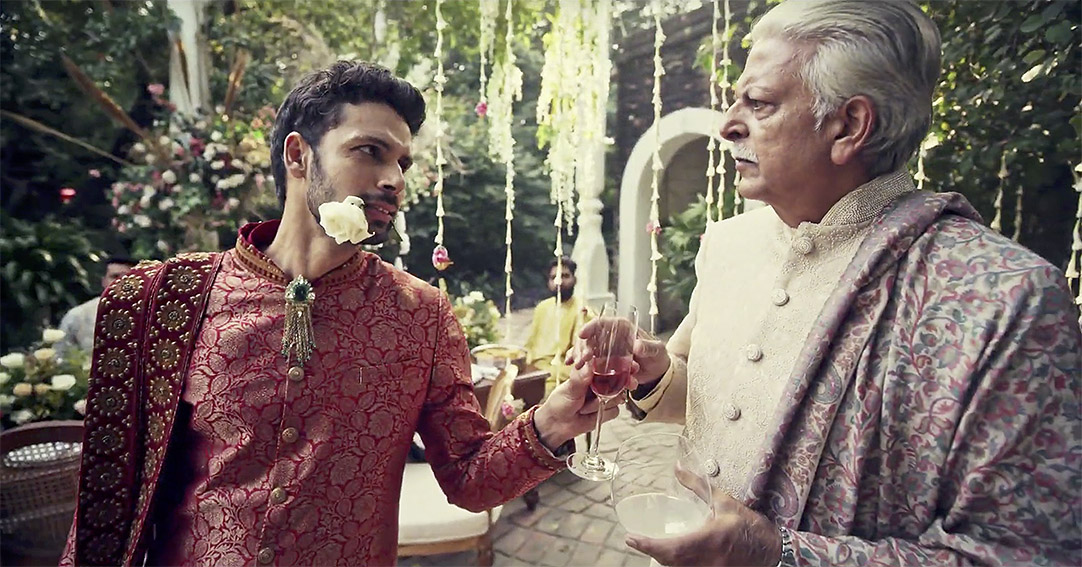 Taproot Dentsu has launched its latest campaign for Tasva, a men’s ethnic wear brand by Tarun Tahiliani & Aditya Birla Group. The campaign, ‘Sada Mast Raho’, challenges the social code of conduct prescribed for the groom at his wedding. Be it his choice of clothes, mannerisms or body language, the film encourages men to feel free to express themselves in their true spirit, especially during their special day.

Men’s fashion in India has come a long way owing to a plethora of boutique labels offering out-of-the-box and trendy looks, cuts and fits for men across western casual and formal wear. Today, there is ample choice for men to pick from and make a statement or express themselves through fashion. However, when it comes to ready-to-wear wedding wear, they are limited in style, fits and quality. Besides, in India, the choice of the groom’s outfit is often a consensus between his mother, sister or bride-to-be, if not more. Often the grooms find their style and taste compromised and their expression confined when it comes to their wedding.

Therefore, the film is a war cry against this compromise and urges grooms to be themselves, more so on the most important day of their life. It showcases the typical ways a groom must behave in a function such as posing for photos, standing upright and looking like a royal mannequin, being traditional in greeting his elders and dressing a certain way that may not suit his personality. On the contrary, the Tasva groom is liberated from these chains of social codes and is true to his character. He is comfortable and expressive in his outfit and his skin. 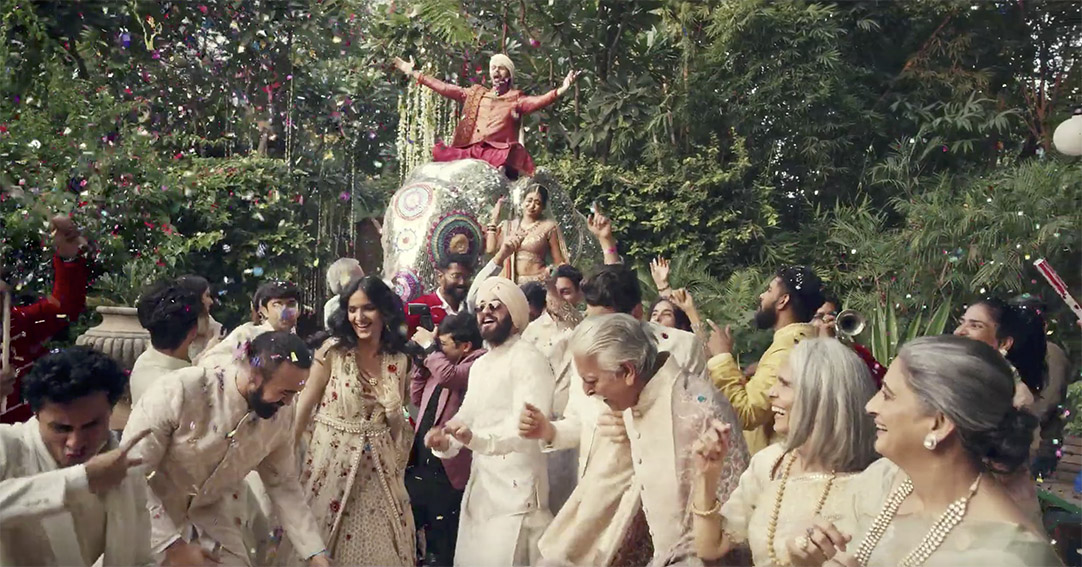 The film shows a scene from a typical wedding reception. The photographer is instructing the bride and groom to pose for the typical wedding album kind of photos. The groom dressed up gorgeously in a Tasva outfit watches his bride perplexed and guests getting bored. He blows a whistle and signals to the band to play something interesting. Thereafter he takes the wedding by storm. He dances, grooves, teases and mocks the rather serious codes and rituals that surround an Indian wedding. He joins the band and sings, “Fursat Na Dekho, Mahurat Na Dekho, Sada Mast Raho”. In the end, we see him take an uncle’s pagdi and climb atop an elephant and dance as the entire guests at the wedding join him in the gala party.

Tarun Tahiliani, Tasva, an Aditya Birla Group Venture, said: “The spirit of Tasva i.e ‘the best of self’ can not be expressed in jaded, forced portraits but must be expressed in the current possibilities – of movement, freedom and self-expression. The film beautifully captures this in the digital age. And our garments are also young, tailored, sculpted but designed for fit and movement – a light, cool breeze – Sada Mast Raho.”

Titus Upputuru, Creative Head, Taproot Dentsu Gurgaon, said: “When you see the advertising in this segment, it all seems rather serious. The way a man poses after wearing traditional Indian wear, it seems like he is on to saving the world. He is standing upright and has this piercing look into the camera. Also when it comes to weddings, ‘sada sukhi raho’, ‘sada suhagan raho’ (to the bride), etc. are the usual blessings that are given. We said let’s change the conversation because the young men who have marriage on their minds aren’t suddenly turning into these very serious men. It is their big day and they still want to have a good time. That’s why we wrote ‘Sada Mast Raho’. It was wonderful to partner Tarun Tahiliani. I love his sensibilities and the finesse that he has brought into the garment is pure genius.”

Abhinav Kaushik, Head, Taproot Dentsu Gurgaon, said: “Men today have very clear preferences with respect to their attire and are using self-grooming and dressing as means to express their true personalities. But when it comes to Indian wear, they are somewhat at a loss due to lack of options, unlike in western wear. With Tasva, we aim to widen their range of choices and encourage that natural self-expression and exuberance even in Indian wear. This campaign is an absolutely refreshing way to break the seriousness that comes with ethnic wear.” 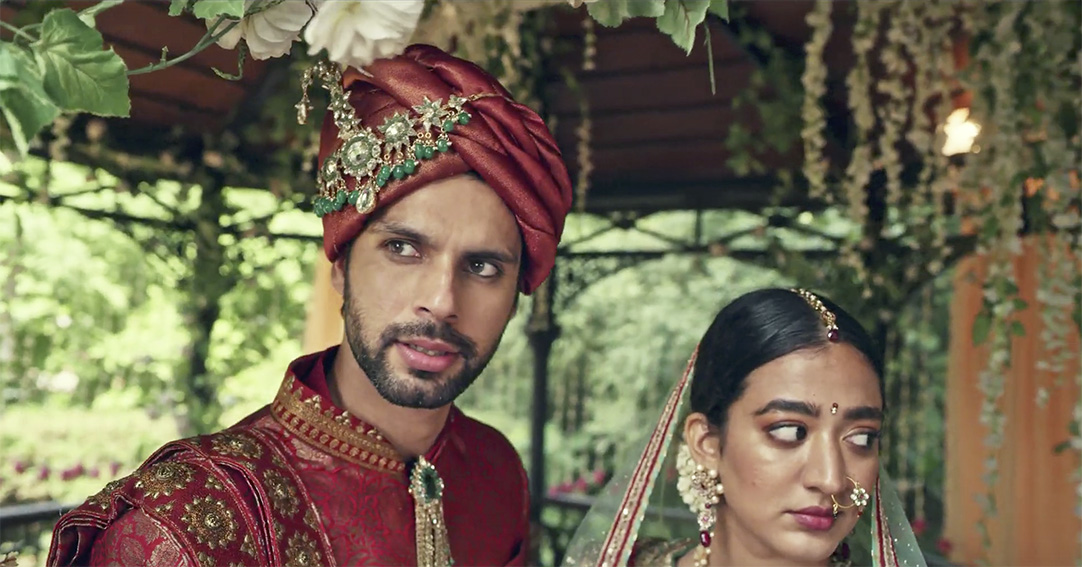 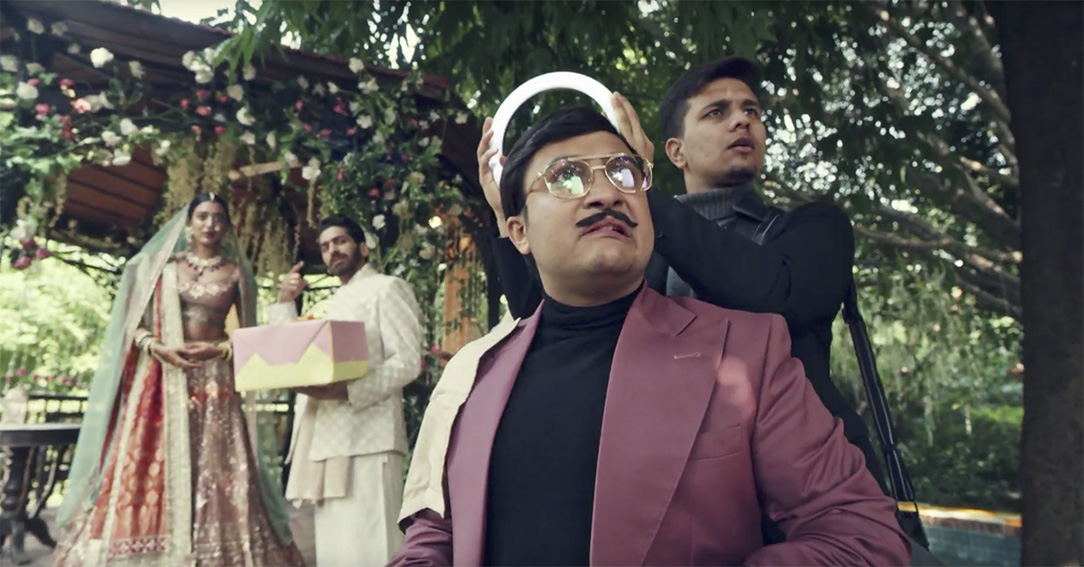